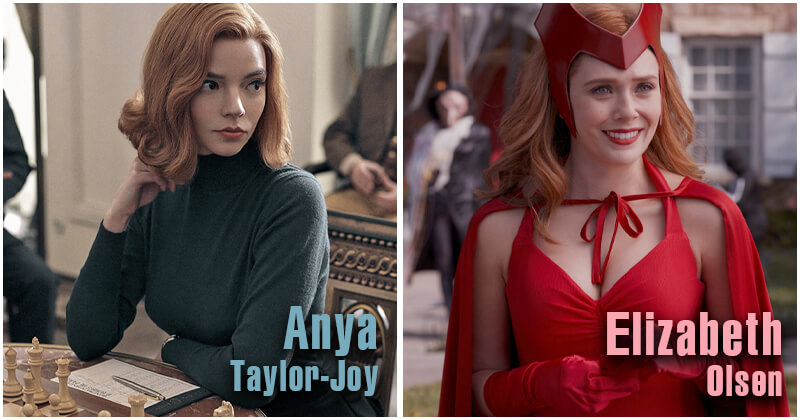 Now it’s finally the last month of 2021 and as usual, IMDb (the Internet Movie Database) has just revealed its list of the top 10 most popular stars this year. IMDb compiled this list using data from the IMDbPro STARmeter rankings, which are based on the actual page views of over 200 million monthly visits to IMDb. This time, our charming ladies have once again dominated the chart since only 2 male actors make it to the finalists – Ben Barnes (no. 8) and Regé-Jean Page (no. 6). Bravo, guys!

Topping the list this year is WandaVision star Elizabeth Olsen (32). The actress started acting at age 4 and made her film debut in the 2011 thriller film Martha Marcy May Marlene, which gave her a Critics’ Choice Movie Award nomination. Shortly afterward, Olsen became famous worldwide as Wanda Maximoff (aka Scarlet Witch) in a variety of Marvel superhero films, including Avengers: Age of Ultron (2015), Captain America: Civil War (2016), Avengers: Infinity War (2018), Avengers: Endgame (2019), and of course, the latest hit series WandaVision.

Other top nominees in IMDb’s list include Florence Pugh – one of the brightest stars of British cinema in recent years, “Bond Girl” Ana de Armas, Anya Taylor-Joy who shined marvelously in The Queen’s Gambit, “Cinderella” Lily James, and more.

Are you curious about the full list? Let’s scroll down and check it out!