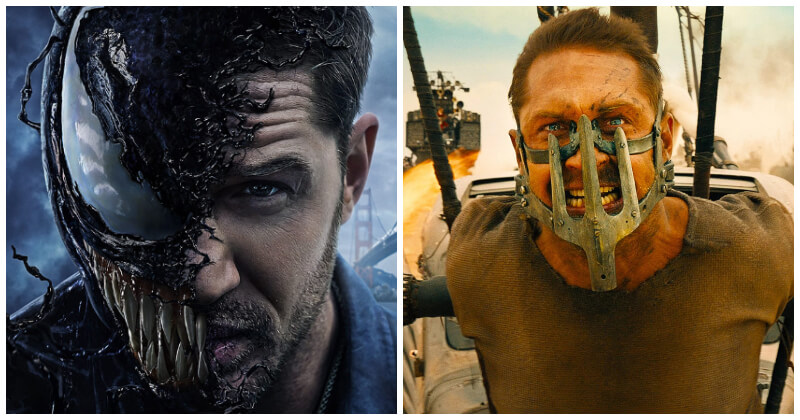 In 2018, when Venom was released in cinemas, people reacted excitedly. It was a great movie, but it received mixed reviews from both viewers and experts. According to Vulture critic David Edelstein, it’s really only worth watching because of Tom Hardy. Hardy takes on the roles of Eddie Brock & Venom. People can criticize the storyline of the movie, but they can only appreciate Hardy for his flawless performance. It’s tough to comprehend any other actor filling the part since he was destined to play it. Are you still not convinced? Here are some of the reasons why Hardy is the one and only Eddie Brock/Venom: #1 Played A Comic Book Villain And An Anti-Hero One of Hardy’s strengths is that he has already played a fictional character. In Batman: The Dark Knight Rises, he played the antagonist Bane. The amount of time it takes to perform such a part is crucial for somebody who is going to try to play a figure created of pure deviousness. He also played an anti-hero in the 2015 film Mad Max: Fury Road. Though it’s not a superhero film, it is one of Hardy’s most memorable roles. Playing such a wide range of complex roles just adds to his reputation as a performer.

#2 Done Multiple Characters In One Movie It is simple to portray one role for the whole of the movie, but Hardy is capable of far more. Hardy portrays two identical twins with contrasting characteristics and motivations in the film Legend. One seems to be psychologically unstable, while the other is intellectual. It is tough to flip between identities regularly, but for his roles as Venom and Eddie Brock, this is a massive benefit. Audiences of Spider-Man 3 were dissatisfied with previous Venom actor Topher Grace’s interpretation of the character. The actor acknowledged that he was unsuitable for the part. He was slimmer than Eddie Brock should have been, and Tom Hardy matched it wonderfully. Grace was overjoyed when he learned that Hardy would play the role because he felt he would do the character justice. Hardy was the greatest option, he claimed. It’s good to watch performers congratulating one another on a part they formerly played.

#4 Has The Perfect Body Fit For Venom As previously stated, Hardy’s build is bigger and brawnier than Grace’s. He also possesses the facial traits and emotions that Eddie Brock would have. Audiences are well aware of how muscular he can get, particularly if they have seen him in the biographical film Bronson.

#5 Inspired By His Son Hardy’s kid – Louis, who is a huge Venom enthusiast, persuaded the star to take on the role. He wanted to make something which his kid could see on television. As a result, Louis heavily criticized his father’s efforts and pointed out where he failed. Hardy used it as motivation to work harder and do a better job of portraying Venom/Eddie Brock.