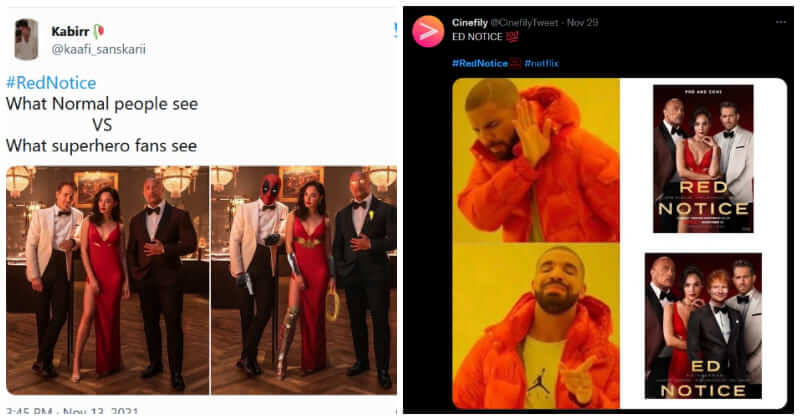 Red Notice, starring Ryan Reynolds, Dwayne Johnson, and Gal Gadot, has been available on Netflix since last week. Audiences and experts have given the movie mixed reactions. However, the majority of them describe it as amusing. The movie is packed with action, humor, surprises, and plenty of beauty.

Many people rushed to Twitter after seeing the movie to express their humorous comments. Fans tweeted about what they liked most, from their amazing action sequence to Ed Sheeran’s hilarious cameo. One person posted a video of Ryan and Dwayne’s character chatting while the latter is using a hairnet. The person tweeted, “This is the highlight of the movie. Face with tears of joy #RedNotice”. “The bromance between Dwayne Johnson and Ryan Reynolds in the film,” tweeted another fan. “Ed Sheeran trying to fight with a guitar was easily the best part of,” a fan wrote. 15 Hilarious Family Photos That Will Make You Go “Awww”