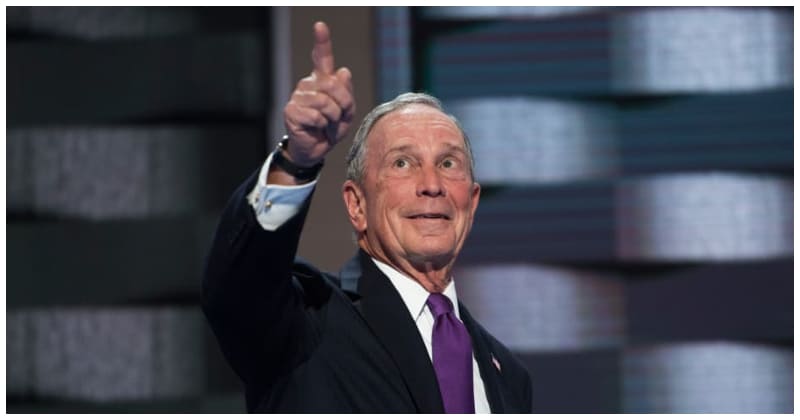 “Had I not been fired, I wouldn’t have been able to start a tech company on my electrical engineering degree, creating a computer program for bond traders. I owe my current success to my own failure,” shared Bloomberg, during an interview with the New York Times (NYT).

Triumph at the age of 79 At 79, Michael Bloomberg has lived a successful life. He owns a fortune of $ 47 billion, served as mayor of New York City for 3 terms and ran for president in 2020.

However, he also had setbacks and faced criticism. At the age of 39, Bloomberg was fired after many years working at the investment firm Salomon Brothers.

He later became mayor and continued to be under public scrutiny for 12 years.

During the 2014 Vanity Fair, Bloomberg offered a piece of advice to Spiegel: “When facing criticism, just know that in the end you’re the winner and they’re not.”

That was a good advice, which can apply to anyone. One can never please everybody, so it’s unnecessary to hurt himself just to please them.

Failure is the mother of success Bloomberg told the NYT that if he hadn’t got dismissed, he would have been incapable of utilizing his bachelor’s degree in electrical engineering into founding a technology enterprise, building up a computer program in order to facilitate bond traders.

Thanks to his past failure, now he’s been successful.

However, we should also examine ourselves upon receiving criticism.

Bloomberg said: “When I was mayor, there were times when I wanted to go out and punch a lamppost after reading an article. I was angry with myself, not what they said, because of stupid my stupid mistakes.”

Any criticism will be forgotten Naysayers won’t necessarily remember what you say, so you shouldn’t care much about them. They can’t maintain their hatred forever.

That possibility just can’t happen because they don’t even know who you are. Don’t waste your time worrying about the criticisms of those who don’t deserve it, instead spend it doing more productive things.

Figure Out 16 Hilarious Things That Annoy A Virgo

4 Best Matches For An Sagittarius

16 Hilarious Signs That Help In Realizing A Scorpio At School

Zodiac Signs Don’t Say “I’m Angry”, Here Are What They Do

When The Zodiac Signs Think About Their Work Be Like…

Reveal 16 Most Common Misconceptions About Zodiac Signs, Don’t Miss Them!

These 18 Pisces Memes Will Brighten Up Your Day, Watch Till The End!

What Meme Are You, According To Your Zodiac Sign?

20 Memes About Virgo That Exactly Describe This Zodiac Sign