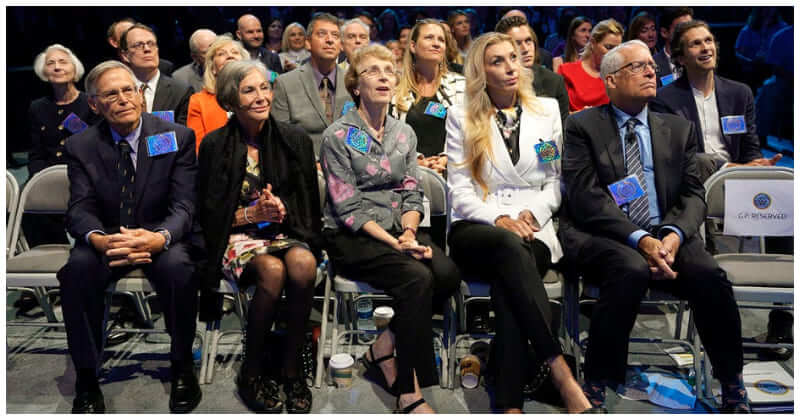 At that rate, their wealth would’ve expanded about $23,000 since you began reading this.

Meanwhile, a new Walmart employee in the US would’ve made about 6 cents in that time, making $11 per hour. You will be definitely shocked by figures about the richest family in the world: their wealth is increasing by $100 million per day, $4 million per hour, $700,000 per minute.

That is the growth rate of wealth of the Waltons, the family behind the Walmart supermarket, since Bloomberg compiled data on the world’s richest families in 2018.

After 1 year, the family’s fortune increased by $39 billion, to $191 billion. Meanwhile, a new employee at a Walmart supermarket earns $11 per hour. Right behind, the Mars family, owners of the famous candy brand, added $37 billion in the 2018, increasing their fortune to $127 billion.

The Kochs, industrial tycoons deeply involved in American politics through campaign financing, also made an additional $26 billion, raising their total wealth to $125 billion.

The wealthiest 1% in the US now own the largest amount of wealth since 1929, but the Asian and European super-rich are also getting richer fast.

What do these figure means? These numbers are clear evidence that capitalism needs to be fixed.

The wealth gap between the rich and the poor is frequently a hotly-debated issue everywhere, from Paris to Seattle to Hong Kong. But how to close this gap?

Some billionaire heirs even voiced support for taxes on the rich.

“If we don’t, then what are we doing, holding such a large fortune in a country so deeply divided?” Liesel Pritzker Simmons, the heir to the family that ranks 17th on Bloomberg’s list, said.

“It’s not the America we want to live in,” Simmons continued.

Other names that have accumulated quickly In this year’s list there has notable name: the Saudi royal family, currently owning about $100 billion.

It’s difficult to calculate royal wealth, even for very old families like the Rothschilds or Rockefellers it is also a problem because there are difficulties in verification.

However, according to Bloomberg, most families are benefiting greatly from ultra-low interest rates, tax cuts, reduced regulation and boundless innovation.

For example, the Kochs have a venture capital firm while the youngest generation of the Waltons are starting their own.

The Chanel or Ferrero family (owners of Nutella butter and Ferrero chocolates) along with the Ambani family of India have seen their fortunes grow rapidly.

However, there are also families that have struggled in the past year.

The Dassault, Duncan, Lee and Hearst families all dropped.

Below are the top five America’s wealthy family according to Forbes, as of 12/16/2020 The Waltons are the richest family in America thanks to their stake in Walmart, the world’s largest retailer by sales. About half of Walmart’s stock is held by seven heirs of founders Sam Walton (d. 1992) and his brother James “Bud” (d. 1995).

Four brothers Frederick, Charles, David and William inherited their father’s oil company named Fred. After a conflict over control of the company in the early 1980s, Frederick and William left the company while Charles and David stayed, thereby building the company into Koch Industries with $110 billion in annual sales.

In 1980, David Koch ran for vice-president of the Liberal Party but received only 1% of the vote.

Frank Mars has been learning how to make chocolate since he was a high school student. Mars’ best-known products include M&M, Milky Way and Mars bars, although few know that pet products account for half of the company’s more than $35 billion in sales.

The Cargill-MacMillan family owns Cargill, one of America’s largest private companies with revenues of $114.6 billion. The company was founded in 1865 when W.W. Cargill started a grain storage business in Conover, Iowa. Today the company sells and markets food, trades commodities and provides financial risk management.

Today six billionaire members of the Lauder family own stakes in the publicly traded company, which has 29 brands including MAC, Origins and Clinique. Estée’s son Leonard joined Estée Lauder in 1958 and spent more than three decades helping grow it into a $14.3 billion (2020 sales) cosmetics giant.