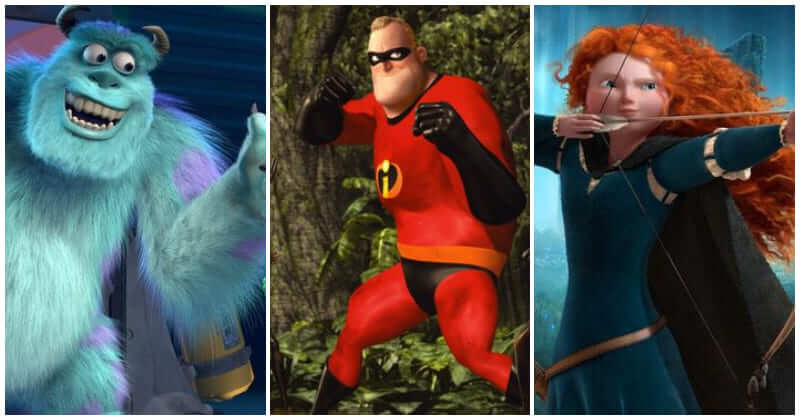 As fans of Pixar, we all have at least one favorite character. They may be the living toys of “Toy Story” or the human superheroes of “The Incredibles,”. But who is the most powerful of them all? What are the criteria to judge the strength of famous Pixar characters?

The strongest character is someone who has supernatural or magical powers. True, power may refer to physical strength, but mental ability and personality must also be considered. What was their social status? Were they backed up by an army? Is it true that they were successful in achieving their goal? All of these factors, as well as others, went into sorting the wheat from the chaff. Although some of the selections were clear, you might be shocked by others of the entries.

Based on those criteria, we have ranked the top 10 most powerful animated Pixar characters. Scroll down to find the final order of this list. Does your favorite character on this list? Let us know in the comment. Buzz Lightyear made an impression on the audience and contributed to the endless adventures on the screen. In Pixar’s upcoming project – “Lightyear”, there are no toys like in “Toy Story” but real-life characters. The man named Buzz Lightyear is tasked with exploring other planets with his extraordinary flying abilities. In 2012, Pixar introduces Merida- an attractive and complex princess to fans. With a superior ability to shoot arrows, she generally shows herself off as one of Pixar’s best and strongest heroines. EVE is a terrestrial biological probe and can fly at high speeds to swiftly span terrain. In addition, she effortlessly blows away an electromagnet and a big rubbish cube in the airlock, with a plasma gun in her right arm. Jerry is the whole world compacted into human-like forms. With the ability to change their shape and adjust their appearance to fit any situation, they are considered the strongest character in “Soul”. Furthermore, they can also open portals to almost every part of the universe – abilities that other souls lack. The nature of birds is to eat bugs. So in the movie “A Bug’s Life”, despite a normal bird, it is still a big threat. This danger can only be avoided but cannot be eliminated. Bruce is a great white shark that is gray in color. He is the founder of an organization, which promotes the idea that “fish are friends, not food.” However, he still has amazing strength. The pursuit with the fish demonstrates sharks’ fearsome might, particularly those that haven’t eaten in a long time. Pepita is regarded as one of the most powerful characters in the film “Coco”. She’s a massive feline with eagle wings, an iguana tail, and ram-like horns. Pepita can fly large distances while carrying humans. Corey is tall and powerful, with powerful wings. His abilities are to breathe fire, and to utilize the paralyzing stinger on the end of her tail. With all of this, Corey is unquestionably one of Pixar’s most fearsome and strong characters. Sulley was fashioned after a bear and a prehistoric ground sloth. Because of Sulley’s size and stature, he possessed a great deal of strength and power. He has incredible physical power allowing him to jump and move at speeds unheard of. He is easy shattering everything from his automobile to common objects.