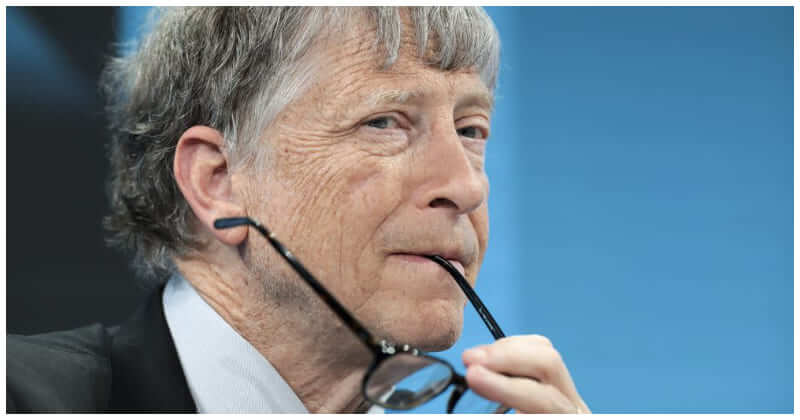 Bill Gates’ saying explained why we often wondered the reason for teachers’ strictness during school. It turned out to help us familiarize with our future working environment! For decades, Gates has been in the chart of top billionaires, even though he donates most of his net worth for charity. There are several lessons from him to achieve success, and the most importance might be as follows:

Is college really worth it? What is the truth behind Gates’ drop?

The once richest man in the world, founder of Microsoft, was born in 1950, Seattle.

It’s true that Bill Gates dropped out of school, but that’s Harvard University, the world’s top college. Therefore, in order to consider dropping out just like Gates, one must first qualify for the University.

During elementary school, Gates was said to finish an encyclopedia at the age of 10. At 11, he memorized several of Gospels’ chapters.

He even programmed the Tic-tac-toe games on a General Electric computer, allowing people to play with coms.

Lakeside can be said to have become a step for Gates to rise to IT industry’s 1st rank. At that time, very few schools could equip computers, but Lakeside granted access for its students towards this miraculous machine.

However, the cost of hiring computers at school increased, so Gates and his close friend Paul Allen found a way to “freely” access.

They obtained the admin password, using it to steal the user info files. The two tried to decrypt the file to get “free” accounts but were caught red-handed.

It was also in Lakeside that Gates and a few friends, including Paul Allen, created the “Lakeside programming group”, intending to make money for applications of the teams’ newly-discovered programming skills.

Over the summer, Gates agreed to write a class schedule for the school, placing himself in an all-girls English class.

Life is not fair. Get used to it. Many people complain that life is not equal when they fail. As for Bill Gates, it has never been.

The billionaire claims that you need to accept this basic truth as soon as possible and stop making excuses when facing failure. The most important thing is to get up from falling.

If you think your teacher is tough, wait till you get a boss!

Many students complain that their teachers are too strict. Some even expressed dissatisfaction with grading. Bill Gates wants them to understand that this harshness is partly a reflection of your future encounter.

The sooner you accept that fact, the better off you will be. Overcoming difficulties, even unfair treatment, will make you tougher, ready for the challenges ahead.

Learn to work hard and obtain practical experience from school

Being an excellent student guarantees nothing in life, even with a good background everything ahead depends only on yourself.

Lacking a high degree isn’t an impediment to your future success. Just give your best in work, your dedication will be rewarded, sooner or later.

On the other hand, a large number of graduates dream of a high paid job thanks to their education, which is not the case as they lack practical experience.

Thus the general advice is besides studying, students should commit more to activities, even part-time jobs and business for more experience. Keep fit – your health matters most

Once started, life goes on without a break like in school. You just don’t work hard for a certain amount of time and then stop, then work again.

According to Bill Gates, life is a non-stop, which should be treated as a marathon instead of a sprint. Therefore, you need to learn to preserve your most valuable asset, health.

Prioritize your mental and physical health, as they are the key to success. Bill Gates’ close friend, Warren Buffett once said that everyone has only one mind and one body, which would become useless in our 40s and 50s without proper care.

This is like leaving a car in the rain. According to the billionaire, the way we treat our minds and bodies today will determine how they will function in the next 20 and 30 years.

Blame nobody if things go wrong Taking responsibility for your failure is the key to benefit from it. When blaming others, you are just wasting time and of course, gaining nothing. It only slows you down in achieving goals.

Instead, accept your fault. Understanding this to react in a right manner will help you establish your future success.

‘I Just Want You To Know, We Are The Family Who Adopted Your Son. He Is An AMAZING Person, And We Are So Thankful To Have Him In Our Lives.’

How To Manifest On 11/11: Comprehensive Guidance

10 Minimalist Tattoos With Beautiful Meanings For You To Get Inspired

Woman Accused Of Seeing Man As Menace, But Reddit Supports Her

The Secret That Helps Indian-Born CEOs Thrive In The US: Only 16,000 Were Chosen From 2 Millions Applicants