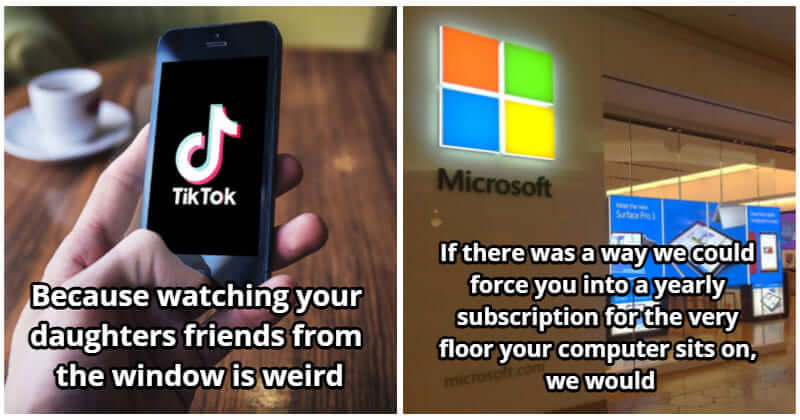 Every brand has its own specific logo for people to recognize immediately. But not everyone knows precisely the slogans of these brands. A slogan is usually short, catchy and it has to make a deep impression on customers so that when purchasing products, people would be more likely to select their brand. Overall, the slogan is a form of marketing and it should be conveyed most honestly.

However, many hold a belief that some brands have not impacted that honestly. So have you ever wondered “What would happen if these following brands have a truthful slogan for themselves?” To answer your curiosities, here are 17 slogans that are the perfect replacements for the real ones. Let’s explore these to find out whether it’s suitable or not. Gucci: being expensive is literally our entire marketing strategy TikTok: Because watching your daughters friends from the window is weird Google: We finish your thoughts for you. Microsoft. If there was a way we could force you into a yearly subscription for the very floor your computer sits on, we would La Quinta: Spanish for “next to Denny’s” Amazon: come make that bald guy even richer while we treat our employees like s**t YouTube: You don’t matter to us now watch our double ads! Coca-Cola: It was better with a hint of cocaine, but type 2 diabetes will have to do. Tupperware: Have you ever wanted to throw away food, but just not now?

Koko The gorilla, Famous For Sign-Language And Adopting Kittens

Curly Cats Are The Internet’s Latest Obsession, And They All Descended From One Shelter Kitten

10+ Cats Who Are Struggling To Figure Out This World