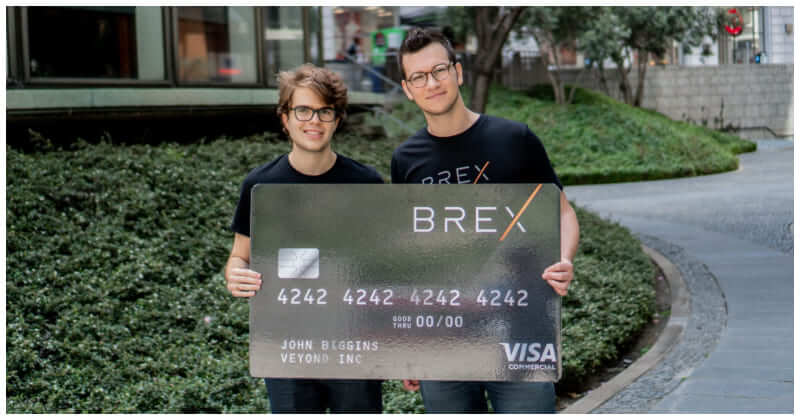 Currently, Dubugras, 25 and Franceschi, 24, are founders of Brex, a credit card startup worth about $7.4 billion. When 14-year-old Henrique Dubugras received a legal notice about a video game he hacked and put online for free, his parents weren’t happy at all.

“My mother asked me to stop everything, but thanks to this game I learned how to code and that changed my life,” Dubugras recalls.

Currently, Dubugras, 25, is the co-founder and CEO of Brex, a credit card startup worth about $7.4 billion. He and the other founder, Pedro Franceschi, 24, are said to own $400 million each.

From teenage coder to young businessman At the age of 12, Dubugras began downloading college textbooks and other programming materials online for research. By the age of 14, he created a similar version of a popular Korean video game and released it online for free.

At first, he just wanted to let his friends play, but the number of players was increasing. After several months, Dubugras made tens of thousands of dollars from in-game purchases before receiving a legal warning from the original game’s distributor.

At the age of 16, Dubugras used the money he made from games and his coding skills to launch his first startup: An app to help Brazilian teenagers apply to college in the US with tips on practicing for SATs, preparing essays in English and applying for student visas.

But the business failed miserably. Although the app attracted around 800,000 users, Dubugras couldn’t monetize it because there was not enough willing or able to afford the app. During that time, Dubugras met Franceschi. Both were young talents who taught themselves programming, connected with each other on social networks.

Before that, Franceschi was famous in Brazil when he hacked the iPhone’s software to make Siri understand Portuguese at the age of 11. He was accepted as a software engineer at many tech startups in Brazil while in high school.

Dubugras and Franceschi’s first startup was Pagar.me. After the company grew to the size of handling over $1.5 billion in transactions, they sold it in 2016 for millions of dollars. Pagar.me is now part of Stone, a $19 billion startup and one of the largest payments companies in Brazil, home of Dubugras and Franceschi.

The two were later admitted to Stanford University, but they also felt they could “dream bigger” by leaving Brazil for Silicon Valley. “We’ve run the company, have an adult life, and are just now in college,” says Dubugras. “It wasn’t fun. So we decided to start another company.” After eight months at Stanford, they dropped out and founded Brex in 2017, when they were both about 20 years old.

Initially, the company operated from the house that Dubugras shared with two other friends. Then, Brex opened a small, cheap office on Market Street in San Francisco.

A year after its foundation , Brex was valued at more than $1 billion, thanks to large initial investments, including $50 million from Y Combinator and $125 million from Greenoaks Capital and DST Global.

Brex is now worth about $7.4 billion and has about 10,000 corporate customers. Having raised $425 million in a recent funding round, the company has raised a total of more than $940 million from investors, including Max Levchin, Peter Thiel.

Discover Gemini’s Talents That Make Them So Proud Of

Taurus Women And Things You Need To Know

Why Is Pisces Hard To Fall In Love? Revealing In 15 Funny Memes