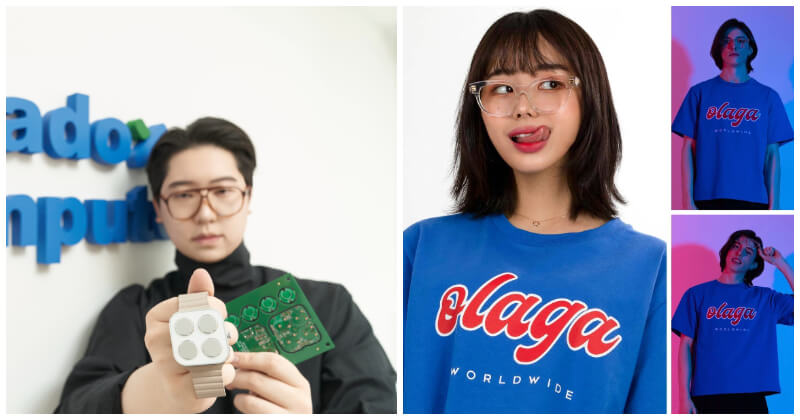 The 17-year-old Korean Sukone Hong has been the CEO of a Korean fashion brand hitting $1 million in sales and won the recognition of Harvard University. Besides, this young man also invented a braille smartwatch for the blind, which has now received thousands of orders.

Starting as a fashion brand CEO Four years ago, Hong started his entrepreneurial journey when he was in 8th grade. Struggling to integrate with classmates at his school in Seoul, Hong had to entertain himself by reselling his brand stuff on Naver. However, the money from this business form quickly “vanished” from his pocket. Sukone realized he had to change his strategy.

He used a $5,000 loan from his grandparents, and with the help of a printing business, set out to create his own clothing website, offering unisex apparel with simple, playful designs. From that moment, Olaga Studios was born. The first week, nothing happened, Hong said. “Then on Monday morning there were about 15 orders, increasing to 50 at lunch, then 80 later that night. In that week I sold 300 shirts.”

Since then, the three-year-old brand has become a regional success, raking in $1.2 million in annual revenue across 6 Asian markets and ranking #1 in Style Share’s t-shirt category – the leading platform for people interested in fashion and beauty.

This success allowed Hong to hire a team of 12 to help run the website, while also paying his parents back for tuition at the American International School in Seoul. Since then, Sukone said he found inspiration in his latest business.

Continuing to offer solution to the disabled “In the past, I thought business was just to make a lot of money, but after transferring schools I have access to a good education,” Hong said. “The teacher said that my experience could be used to create a business to help others,” he explains.

Sukone aims to do this through the founding of Paradox Computers, which produces Braille smartwatches. This product allows visually impaired people to receive information in real time, such as texts and messages from their phones. This type of watch has been on the market for the past few years but has exorbitant prices, often up to $300, making them inaccessible to many disabled people.

After working on a school project on the disabled, Sukone realized the inequality and decided to have a more reasonable alternative.

“I don’t think this world is fair. At the same time it’s a good opportunity to do business,” he shared and began to research the market, talking to the visually impaired to know their needs and the engineers offering a solution. He also invested $300,000 for a 30% stake in the company.

“Despite having no background in technology, my previous job as a fashion executive allowed me to hire the right people,” he said.

On the way to make more

Despite his successful business, Hong said he still committed to pursuing his education.

“When the business was growing rapidly, I thought about dropping out of school. But I met a lot of CEOs and they all told me that I should go to university,” he said.

And who knows, as a guest speaker and mentor at Harvard and Stanford, it may just be worth the effort.

10+ Humorous Memes of Zodiac Signs With Tom and Jerry Version

What Makes You Cry According To Your Zodiac Signs, Showing In 16 Memes

12 Zodiac Signs And The Art Of Flirting

Become Famous And Earn A Lot Of Money By “Doing Nothing”