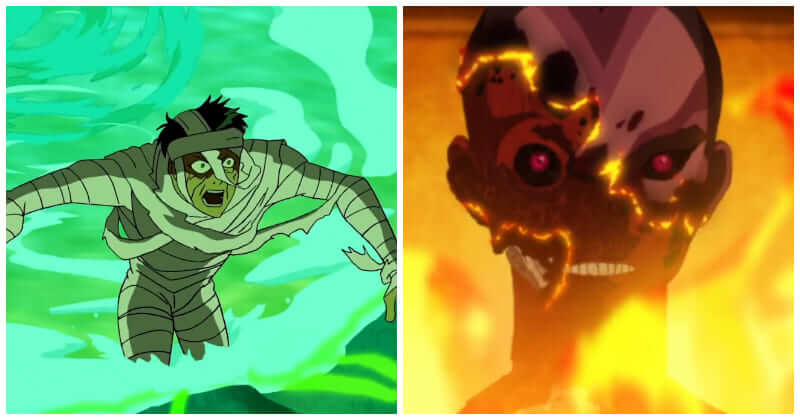 Unlike many other superhero franchises, DC universe’s works always have a dark theme to them. Watching them often makes you question the sanity of writers. They literally bring up the darkest corner of the human mind into comics and animated series. A universe that was all about the dark realities which are often on the other side of the spectrum compared to the light and colorful theme of the Marvel universe. From Superman’s DIY brain surgery to Justice League Dark’s terrifying opening sequence.

Turn on the lights and put the kids to bed because we are bringing you the top scariest moments from the DC Animated Films. Watch out for some spoiler element ahead, check out the series before. These moments prove that sometimes having superpowers isn’t a dream come true—it’s a nightmare. Many civilians got demonic hallucinations making them see everyone else as are demons. Some people even get to the point which they butcher the whole neighborhood, serial killer style. The scene in which Bane buries Bruce Wayne alive with the remains of his parents, and here I am wondering how people have claustrophobia. When the villain Ritchie Simpson uses mind control to make Black Orchid walk into the fire and burn herself. In the flashpoint that The Flash created, watching Martha Wayne hold her son’s corpse – Bruce Wayne while quickly losing her mind and turning to madness is absolutely heartbreaking. The moment when Lex Luthor’s Superman clone performs brain surgery on himself using heat vision and a scissor.

#6 The Slaughter of the Scientist (Justice League: Gods and Monsters) A group and android attacked a scientist meeting and turned it into a gruesome bloodbath. While Joker was going on a killing rampage, making Batman broke his code and break Joker’s neck. Later Joker kills himself and somehow burst into flame while already dead.

#9 The Resurrection of Jason Todd (Batman: Under The Red Hood) The resurrection of Jason Todd straight-up turned him into a mindless monster with a ground-breaking scream. The Spectre gets his vengeance on a murderous makeup artist by creating monsters straight up from your worst nightmare.