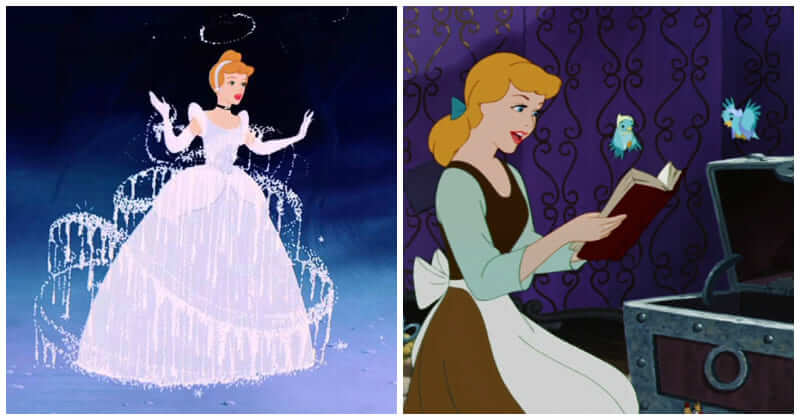 We all have our own list of Disney princesses that we adore. There is a girl who will fall in love with the red-haired Ariel because she is willing to make sacrifices for love. Mulan is the most amazing princess in the eyes of others because she saves China, yes, Great China! Some people always have a special place in their hearts for Belle because of her intelligence, generosity, and deep affection for The Beast.

#1 She can do everything Cinderella is, without a doubt, the most talented Disney princess. She sews, cleans, sings, and even finds time to attend a ball. Honestly, what can’t this girl do?

#2 She does what she wants Cinderella is patient and gentle, but she still goes above and beyond to see that her wishes are fulfilled. The fact that she attends the event despite her nasty stepmother’s severe rules demonstrates her bravery and boldness.

#3 She always looks on the bright sides Cinderella is beyond positive. Do you believe you’d be able to stand tall and strong if your life was being governed by an evil stepmother following your father’s recent death? That is a difficult situation to be in. She has a fantastic sense of style and can get herself ready quickly. Who else could go from rags to a stunning gown in the blink of an eye? Oh, and her shoe preferences? Impeccable.

#5 Her heart is incredibly beautiful Her true beauty can be found within. Cindy looked stunning in that magnificent blue gown at the gala, but she could have worn those rags just as well. Her charming smile and sweet nature illustrate that beauty is in the eye of the beholder.

#6 She can make friends with anyone! Her proclivity for making friends is undeniable. I’ve never seen anyone else make so many friends with mice or become fast best friends with a fairy godmother.

#7 She’s the queen of play hard to get Hey, if you were a girl standing in front of the charming prince Charming and the two of you were enjoying the most romantic moment in a beautiful ball night, would you be willing to leave at midnight? I don’t know about you, but she can!

#8 She doesn’t give up easily She doesn’t give in to the haters. Despite her stepfamily’s mistreatment of her, she continues to demonstrate compassion and never loses hope for a better future. That’s incredible. This is the famous tale of people who, by being kind, attract good fortune! Isn’t it true that she ends up with Prince Charming in the end?