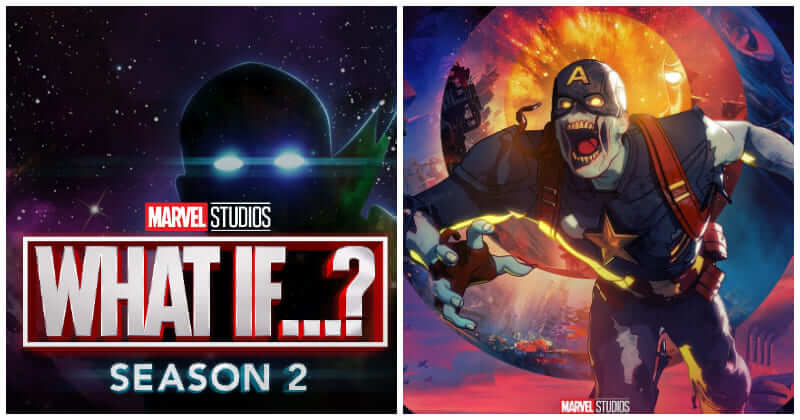 The first 3 Phases were about the creation and the battle to defend the earth of the very first MCU superheroes team – The Avengers. Phase 4 gives us the concept of the multiverse with What If…?, Loki, thus we will be expecting mind-blowing stories. In addition, we get to see some new faces joining the team. Hence, they bring the Marvel Comics Universe a little bit closer to the general audiences. It is a long journey but we are getting great cinematic works so I say “no problemo” to the wait.

Recently, on 12th November, Disney+’s social media have just released a series of title pictures as teasers for their new movies and TV series in Marvel Phase 4 and they are expected to arrive in 2023. There is a total of 12 new titles were revealed, let’s check out what is in the basket!! In the comic, Iron Heart’s real name is Riri Williams. In the MCU, she is expecting to fill the void Iron Man leaves behind and save his legacy. A new sequel series to the beloved 1990s superhero cartoon, X-Men: The Animated Series. it might be the next step of Marvel plans to merge X-Men into Marvel Cinematic Universe. The animated series depicts Peter Parker on his road to becoming Spider-Man in the Marvel Cinematic Universe, with a unique storyline and a style that pays homage to the character’s early comic book beginnings. A full-length series based on the alternate world series What If…? episode in which many well-known Marvel characters are transformed into zombies. According to Disney, a new generation of heroes will be tasked with combating the zombie apocalypse. The title Agatha: House of Harkness might be a reference to the WandaVision’s investigation into Agatha’s origins and the original Harkness coven. There will be six episodes in the series. It explores the origin story of Kamala Khan in the Marvel Cinematic Universe and introduces audiences to the heroine ahead of her introduction in the Captain Marvel sequel in 2023. Marc Spector, an ex-mercenary/superhero who is resurrected after death by the ancient Egyptian deity Khonshu. Spector’s other non-costumed identities include affluent playboy Steven Grant and taxi driver Jake Lockley, both of whom suffer from a dissociative identity disorder. The story follows Baby Groot as he grows up and gets into mischief amid the stars. Secret Invasion does not yet have a detailed narrative summary. However, we know that the Skrulls, the shape-shifting aliens featured in the 2019 blockbuster Captain Marvel, will be the focus of the show. Season 2 will “focus a lot more on the character storylines and these heroes, showcasing a new side of them that viewers don’t anticipate and hopefully can identify to,” according to the show’s official description. The show will follow Marvel character Echo, who will be played by Alaqua Cox, a newbie to the acting world. She will first appear in a supporting role in the forthcoming series Hawkeye before starring in her own streaming series.