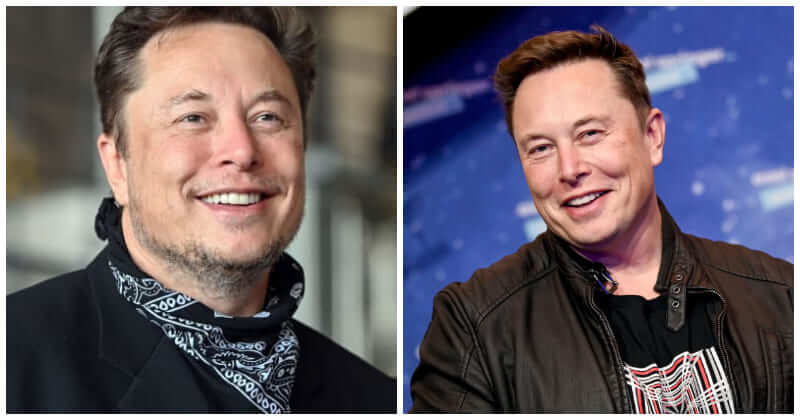 Being a billionaire with a fortune of $185 billion, Elon Musk often reminds people of himself as a great engineer, rather than a successful businessman. Looking at the technology projects founded by Musk, we can see one company trying to create a new trend for the automobiles industry, another company attempting to set foot on Mars, and another one trying to bring electricity to every corner of the world.

It is widely argued that Elon Musk, in his only finite life, seems to want to recreate the whole world and the whole era in which he lives. Will Musk succeed? We don’t know yet. But the way he started the journey and then became one of the most powerful businessmen in the world today, as well as the richest billionaire in the world with a fortune of $ 185 billion really makes people admirable.

The ambition to conquer the universe Source: Across The Globe

In 2002, Elon Musk founded Space X, a private company focused on reshaping the aerospace industry.
With Space X, seemingly big projects such as launching rockets, setting foot on the Moon… are now not just stories of the national government. Musk has built his own territory and gradually executed unimaginable plans.

One of SpaceX’s most important milestones was using the Falcon 9 rocket to launch the Dragon uncrewed spacecraft to the International Space Station (ISS) in May 2012.

This achievement has helped SpaceX enter the history of world aerospace as the first private company to send a spacecraft to the ISS.

Not stopping there, Musk continuously conquers new challenges. At the same time, he announced an ambitious plan to put humans on Mars, with the belief that humans would establish a new civilization on this planet. In 2003, a year after founding Space X, Musk went on to found Tesla Motors, aiming to produce all-electric cars.

The 2008 financial crisis put Tesla Motors in danger of bankruptcy. At that time, in addition to spending his own money to maintain operations, Musk took over the position of CEO and head of creativity and design.

Recalling this difficult period, Musk said he worked 22 hours a day at one point, and it lasted for weeks. This is a time when Musk feels really exhausted both mentally and physically.

After many difficulties, Elon Musk’s strategy began to reap certain successes. One by one, Tesla’s Model S types were well received and even won the award for the best electric and eco-friendly vehicle.

In 2016, Tesla launched the Tesla Model 3 with an extremely low price, only $ 35,000, opening up two big trends for the future of the automotive industry in general, which are electric cars and autonomous cars. Elon Musk inherently has a deep interest in green technology and sustainable development. He has long studied and realized the meaning of solar energy.

Many studies show that the solar energy concentrated on the earth’s surface in 1 hour can be compared with the total energy consumed worldwide from all sources in 1 year. The problem is how to increase the conversion efficiency of the battery.

To create a strong support for Tesla, Musk invested in SolarCity, one of the world’s largest companies in the production of solar cells for the home – founded in 2006 by two of Musk’s cousins, Lyndon and Peter Rive.
SolarCity designs and installs clean solar power systems, as well as manufactures and assembles charging stations for electric vehicles.

In August 2016, Tesla acquired SolarCity for $2.6 billion. This is considered a move to help Elon Musk strengthen his energy empire.

In parallel with SolarCity, Musk is still expanding the scale of the giant Gigafactory to meet the huge demand of electric batteries installed in Tesla Model 3 vehicles.

Gigafactory will use its own energy to use for the production process. Experts estimate that once the Gigafactory operates at full capacity, it will generate as much solar power as the whole world generated in 2019. Looking back, all of Musk’s seemingly “crazy” companies, ideas, and plans have all used the principle of vertical integration to support each other in an impressive way.

With such grand world-building plans, it’s not surprising that Elon Musk is one of the most idolized technology leaders, and has become an endless source of inspiration for startups and young people to follow.

Reveal 15 Interesting Secrets That Help You Attract A Leo

At Aged 21, This Man Adopted A Boy With Autism, And Now, He is Dad Of 6 Children With Disabilities

Does Angelina Die In Manifest? What Happened To Angelina?