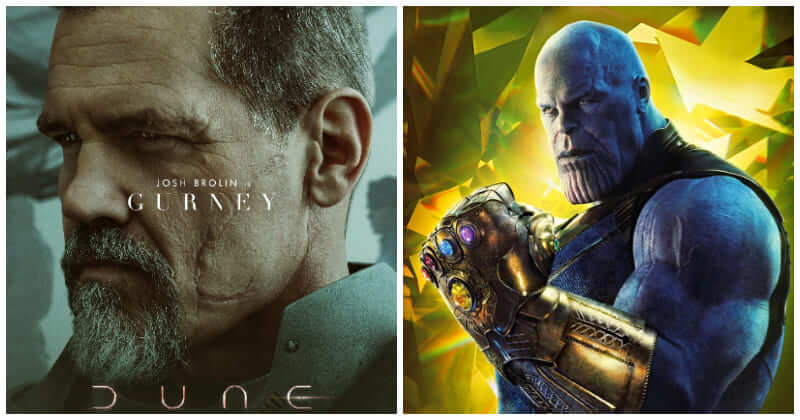 Dune – the 57-year-old science fiction novel is possibly the greatest science-fiction novel up until now. It lays the foundation for many sci-fi and superhero universes that comes after it. After previous adaptation movies had failed to manifest the true value of this masterpiece, the novel finally has a high rating cinematic film in 2021. Denis Villeneuve’s Dune arrives in theaters this October, bringing the world of Frank Herbert’s science-fiction novel to the general audience.

The film’s lead is Timothée Chalamet, who was in hits like Call Me by Your Name and Little Women. Besides, the movie consists of actors with blockbuster experience and many of them have played major roles in DCEU and MCU movies. Thus, we can expect that in the hand of these talents, Dune will be delivered in the best possible quality. Below are the 7 actors we have mentioned.

#1 Oscar Isaac as Duke Leto Atreides in “Dune.” On the right: Apocalypse in Marvel’s X-Men: Apocalypse #3 Dave Bautista in “Dune.” On the right: Drax the Destroyer in “Avengers: Infinity War.” #4 Jason Momoa as Duncan Idaho in “Dune.” On the right: Aquaman in “Justice League.” #5 David Dastmalchian as Piter de Vries in “Dune” On the right: Polka-Dot Man in “The Suicide Squad.” #6 Stellan Skarsgård as Baron Vladimir Harkonnen. On the right: Erik Selvig in “Avengers: Age of Ultron.” #7 Josh Brolin as Gurney Halleck in “Dune,” On the right: Thanos in “Avengers: Endgame.”