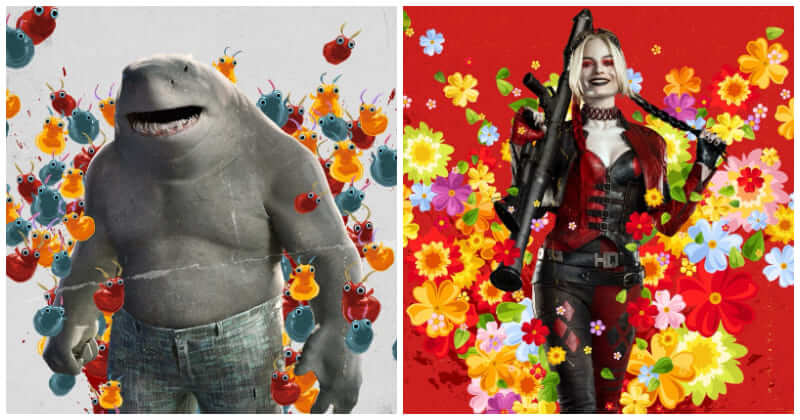 Despite being a superhero action movie, The Suicide Squad 2 still bears its own recognizable color among many others in the same genre. The movie embraces dark comedy as its main theme. Every element seems to be taken lightly by the characters, even death as if they have already accepted it – exactly like the movie name. Apart from those amazing action sequences, heartbroken moments, how can one not talk about funny characters under the topic of The Suicide Squad?

Every character is funny in their own ways because it represents their traits and history, the reason why they are themselves. From douchebag Peacemaker, naïve Ratcatcher 2 to weird-looking Weasel and sociopath Harley Quinn. Together, everyone creates an amazing essence that makes The Suicide Squad stand out and catch fans’ attention. But one might ask: Who is the funniest? Well, we have some ideas in mind and we wanna share them with you below. King Shark adorable quality made him so funny, as he was unaware of the situation and tried to make friends Weasel is just Weasel, I mean look at him, how can anyone not laugh at that T.D.K initially impression was powerful as it is turn out, his ability and skill is more useful for pranking rather than fighting Captain Boomerang was always doing stuff sarcastically, everything seems to be funny and chill to him, his vibe somehow affects us as well Peacemaker with his detachment from reality that was his greatest comedic asset, in addition, it’s his character of a jerk makes it even funnier Milton is like a Peter of Deadpool 2, he’s a powerless sidekick yet remains enthusiastic. He’s is just us – average Joe in a team full of supers Savant is the first to appear in the movie and he was deadly badass. But at the end, that the sight of battle Savant screamed and ran away like a little girl Ratcatcher 2’s comedic aspect was through her extremely naive nature.