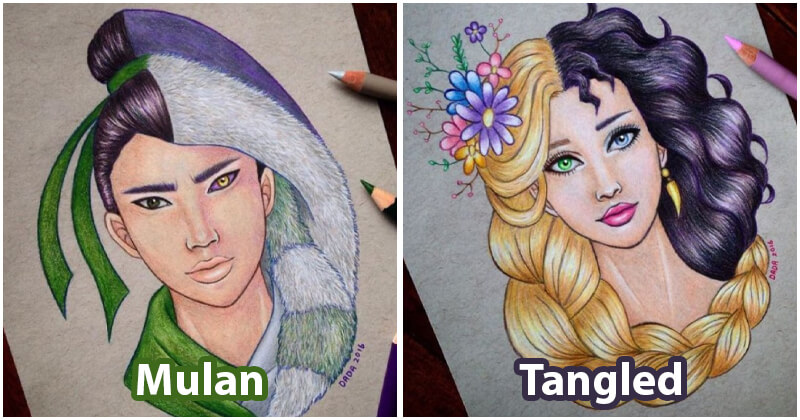 Dada, a brilliant artist who has a gift for drawing with colored pencils, is also an avid fan of Disney. Hence, it is understandable to see a large number of her artworks redesigning Disney characters. But with her rich creativity, you will see your favorite casts differently in a new pretty style.

And this time, you may be more interested in her works because of the genius idea of agglutinating the protagonists and the villains of the same movie. Even though many people hate antagonists because they are sinister and always try to harm their beloved innocent characters, it is really fascinating to see this combination of the two contrasting worlds. Using only color pencils, Dada could create a series of beautiful illustrations which perfectly reflect the difference between the good and the bad.

So, let’s scroll down and uncover these stunning works of Dada now! Again, they are worth your time, for sure! #10 Tiana & The Shadow Man (The Princess and the Frog)