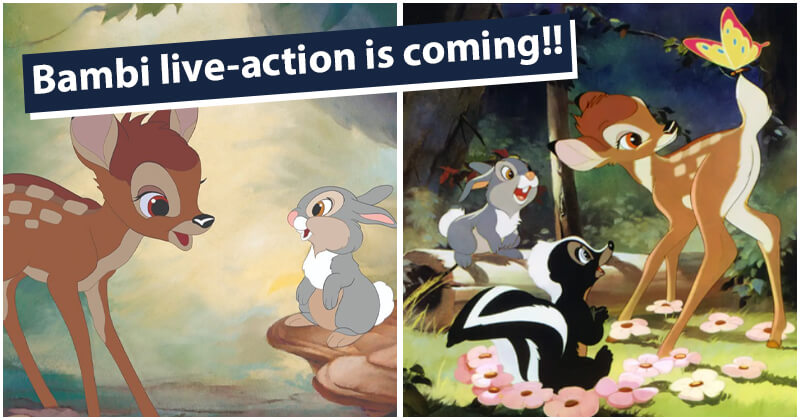 Disney’s approach of reworking its animation masterpieces into live-action has been tremendously profitable since 2010’s “Alice in Wonderland” – which generated over $8.2 billion worldwide, and the studio shows no signs of stopping down. After successfully releasing a series of live-action remakes of classic movies like “Beauty and the Beast”, “The Lion King”, “Aladdin”… Disney is now reportedly working on a realistic recreation of its 1942 animated hit “Bambi”. The original “Bambi” told the story of a same-name baby deer as he learned his place in the wild. Bambi grew up with his two best friends, a rabbit named Thumper and a skunk named Flower. They had been through a lot of ups and downs during that process, including the death of his parent. In this upcoming live-action, the filmmakers mostly use photo-realistic CGI similar to that seen in Disney’s remakes of “The Jungle Book” and “The Lion King” to visualize their story. The script is be written by Geneva Robertson-Dworet (“Captain Marvel”) and Lindsey Beer (“Sierra Burgess Is a Loser”). The L-A version of Bambi is produced by Depth of Field. It is very likely to count on this remake to be another smash hit since “The Jungle Book” and “The Lion King” were both major box office successes for Disney.

What do you think about this exciting project of the House of Mouse? Let us know in the comment below!