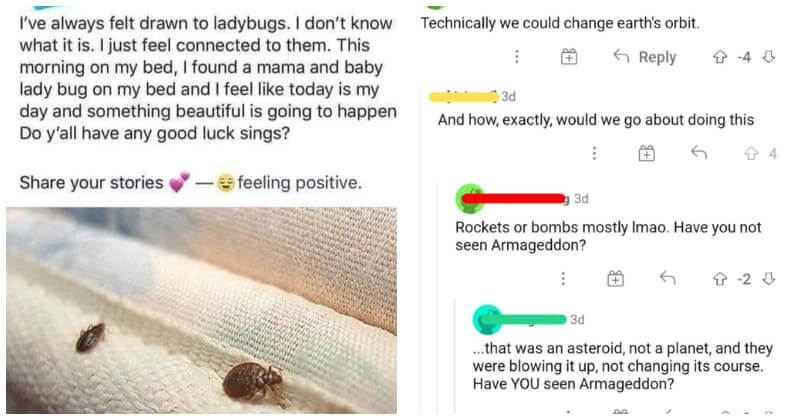 It’s a fact that humans are the most successful species on this planet. So, people tend to think that they, like all others, are generally intelligent, responsible, and appreciable. But things will change when you meet more people. According to statistics, an average adult frequently interacts with about 600 people. In a lifetime, an average human can meet up to 80.000 people. And you know, not all of them, all the time, is bright.

No one can say with confidence that they never do anything silly. Mistakes are inevitable, and that’s what makes us humans. However, sometimes people are too bold. Don’t even bother having a second check on whatever they write or say, and bam, awkward. Confidently incorrect. And so confident that they don’t even think that there may be something wrong. Anyway, those epic facepalm moments entertain us, the audiences, sooo much. So now, scroll down and check out the funniest moments of humans’ dumbitude in the list below. #2 Wow, a train that runs without tracks! #3 Get under your desk #6 He gotta be good at math #7 This in-depth debunking of the Pink Panther #10 Doesn’t the metal in the vaccine cause you to be more magnetic and cars are pulled to you? The Funniest Conversations People Have Overheard In Los Angeles

When People Got Drunk, They Were Funny As Heck!

20 Funny Tweets That Can Make You Laugh Like A Drain

Hilarious Drunk Yoga Positions Of People Who Have Got Completely Plastered

18 Of The Dumbest Mistakes Made By Pretty Smart People