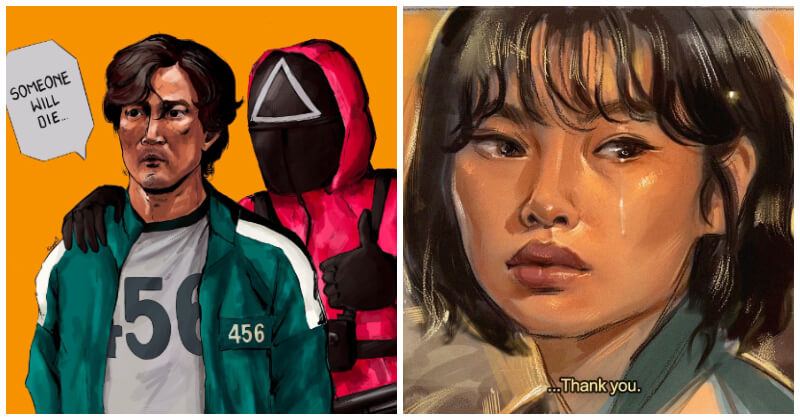 The craze for Netflix’s Squid Game is one of the most popular topics these days on multiple social media. According to Ted Sarandos, the co-CEO of Netflix, Squid Game became the most-watched show ever hosted on the platform. Everyone’s watching it, and people can’t stop talking about it.

Squid Game is not a reality show, but in a way, it gives people the same perspective as reality TV. It’s a window into how human beings treat each other and what we’ll do to succeed or, in this case, what we’ll do to survive. It exposes the nature of humanity, both the good, the bad, and how they fuse to create personal traits.

It has not been confirmed that when we will have season 2 of Squid Game. But based on the ending of season 1 and the show’s global success, it is certain that season 2 is on its way. In order to temporarily boost your hype while we all wait for season 2, we have prepared 15 illustrations, comics, and funny images of this famous show. #4 Brothers till the end #9 Sheriff Woody would have nailed this game These Cakes Look Almost Identical To Natural Wonders, Deceiving 90% Of Viewers Because Of Its Sophistication