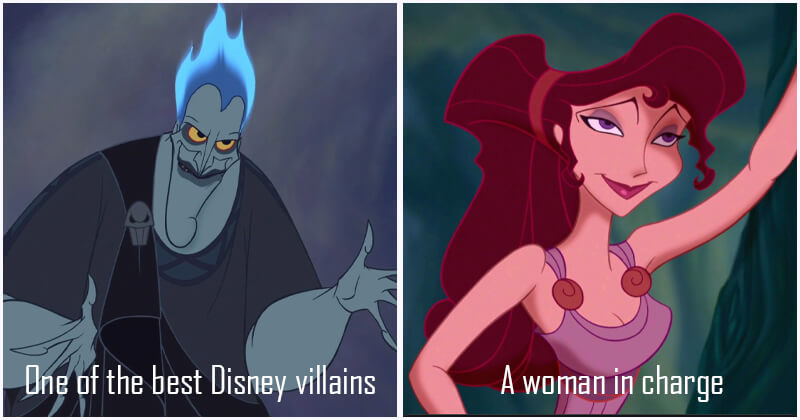 Which name comes to your mind when someone mentions Disney movies from the 1990s? While you’re absolutely right about thinking of iconic films like “Beauty and the Beast”, “The Lion King”, and “Aladdin”, we’d like to direct your attention, as well as ours, to another ’90s Disney classic, “Hercules”.

Walt Disney Animation Studios wanted to revert to something lighter for their 35th feature film after a movie about animals (“The Lion King”) and two somber features (“Pocahontas” and “The Hunchback of Notre-Dame”). As a result, they chose “Hercules”, a cheerful, bright, and entertaining story with many fun details that both kids and adults will definitely enjoy. However, not many people have named that film their favorite, and that’s the reason why we’re going to change that here.

So, let’s take a look back at this fantastic animated work and find out the reasons why we should appreciate “Hercules”. You might be surprised!

#There are various allusions to Greek mythology and Ancient Greece that will blow your mind. Greek mythology and Ancient Greece are turned into a witty and realistic story that includes many hilarious elements from current life, as well as romantic nuances like Hercules’ courageous love and Megara (Meg).

#It gave us a total woman in charge – Meg. Megan stands out because of her directness, her candor, and her ability to be both irreverent and appealing.

#It gave us one of the best Disney villains – Hades. He is a Disney villain known for his outrageous outbursts, like this “I’ve got 24 hours to get rid of this bozo, or the entire scheme I’ve been setting up for 18 years goes up in smoke, and you are wearing his merchandise?” Yeah, how can you argue? But, since he’s humorous and self-restraint, Hades is the kind of villain you will adore and love. As evidenced by this scene (around 1:06:40), he gave relationship advice to Meg. It’s precious!

#The music is truly amazing. As you may know, Alan Menken’s “Hercules” soundtrack is one of Disney’s most varied, catchy and singable ones in the cinematic history. These songs are well-suited to each scenario and, in the end, form their own musical narrative. The art of “Hercules” is a bold and innovative tribute to ancient Greece inspired by the work of British comic and illustrator Gerald Scarfe. It gives new meaning to the terms authenticity and originality.