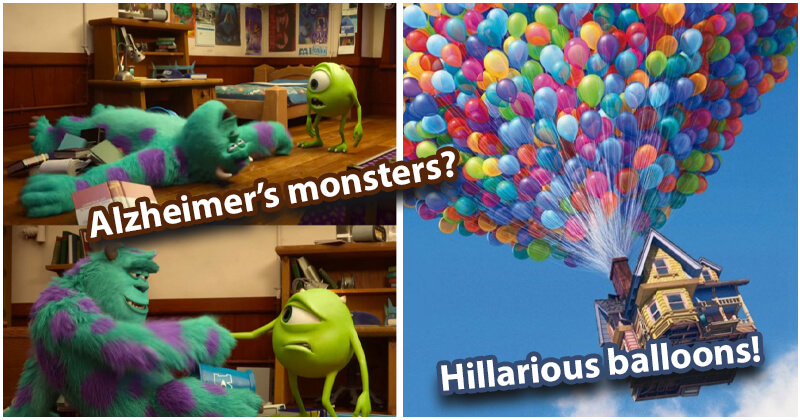 Maybe all of us have heard the idiom “To err is human” at least once and yeah, nothing is perfect and that is the way life is. When it comes to the fantastic world of imagination- movies, though huge and huge effort and time have been invested in each one, there are no films without any errors or illogical points but we still love them insanely.

Below is the list of some pretty well-known films and their hilarious plot holes. Don’t be surprised if you find any of your faves here, instead let’s feast your eyes on and enjoy them. If you know some even more interesting plot holes, stop keeping things for yourself as sharing is way more fun!

And now here we go!

#1. Are all plannets the same?

Every planet has its own physical conditions like gravity, temperature, atmospheres, and so on, but how can all characters in all “Star Wars” movies comfortably go around without any space suit??! Why on earth did aliens in the film “Signs” set foot on our land if they were afraid of water which is so plentiful here? These two monsters have already known each other since primary school.

But the funny thing is it’s in college where they first met. Do they both develop Alzheimer’s or they just pretended to forget the other? #4. How naive the Little Mermaid is!

Has Ariel never thought of communicating with Eric through writing as she surely knows how! The Nazis would have definitely found the Ark whether Indiana Jones appeared or not.

But it’s noteworthy that this is his personal movie, yet he seems not to be affected by the main plot at all! #6. The thing Harry Potter may wish he knew before!

The way Harry trying to search for Voldemort is questionable. Why did he just simply use the Pensieve to save effort! Oh, my lantas. Where did the basketball team from as the entire town is just two streets?

In the movie, Rapunzel was so desperate to see the lanterns on her birthday.

But what if the witch just tell her that her birthday was on a different day? Why did nobody catch the scene of the building disappearing and then reappearing? And why couldn’t the FBI notice Hank’s lab while it was apparently moving around? What would happen if Jonas was able to see one five years prior provided that the megalodons were let out by the submarine? Why couldn’t they be aware of the fact that life on the farm mean they would be around with the waterfall sounds all day? It was not until the balloons get out from the chimney that the house started flying. However, I just wonder why didn’t it float away when the balloons were still inside? We all know that there’s no gravity in space. So, why on earth Paige Tico can throw a bomb on the dreadnought? Logically speaking, the bomb should have floated away, right? Daniel’s opponent received a kick in his head.

Come on, let’s think about it again.

Didn’t Daniel violate the rules? Or it is acceptable that sometimes, the cheater can be the winner? Ripley is buff, yes we know. But actually, holding onto a ladder with one hand while simultaneously trying to prevent himself from being sucked into space? Is he a human? How in the world Mike’s kids don’t recognize him when he’s in his 17-years-old-again if there are pictures of him at that age on his house’s wall? Would you agree with me that the location of everyone in Hogwarts is displayed in the Marauder’s Map? Yeah…

But then they should have found that Peter Pettigrew was still alive and he had to spend an awful lot of time with Ron!!! Is it true that Michael Myers was institutionalized since he was 10-years-old? So how could he drive? He should haven’t been able to touch a car, am I right? The story hinged on the fact that Cinderella’s foot is so unique that no one but only her feet would fit the glass high heel. But how in tarnation, is her foot size truly one of the kind?

When did she get rid of her stage fright? Not to mention that actually she wasn’t supposed to sing the first line but it was Troy!!! Why didn’t they just use a salt circle from the beginning?

#22. An irrational decision in “A Quiet Place”

According to the movie’s context, the Earth is colonized by aliens who hunt by detecting sound. So why in tarnation would they want a baby- a creature of great noise. Donna surely stated that her mother’s death in the first movie. Nonetheless, when it came to the sequel, her mother was very much alive and well. How many of those plot holes have you already known before?

Which is the most comical one?

Let us know in the comments!