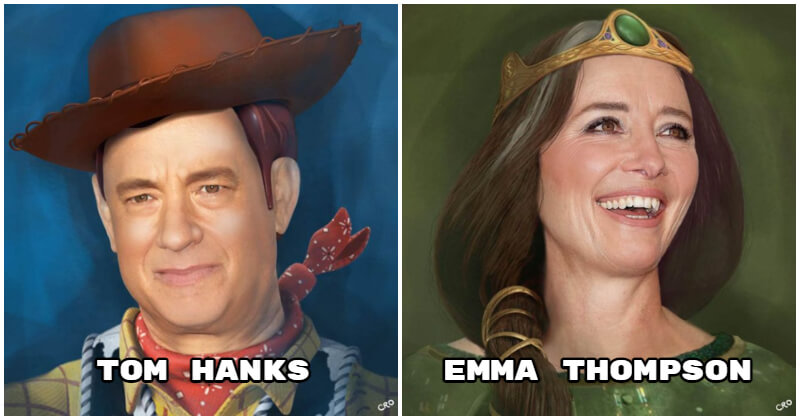 Every Disney hit like “Frozen” or “Toy Story” not only impresses the audience with incredible storylines and amazing animations but also attracts fans with the lively voices of its iconic characters. Traditionally, all characters of the House of Mouse are always built very diversely from appearance to personality. As a result, their voice actors must have extremely distinct styles and auras while using their voices to inspire viewers. While there were previously only voice actors taking part in the making process, there are now many celebrities who enjoy playing the roles.

So, have you ever wondered who breathed life into Disney’s animated characters and made millions of children around the world fall in love with their natural voice acting? Crystal Ro, a big Disney fan, has made some mesmerizing collaborations that highlight the actors behind the most recognizable characters they voiced, and the results are unexpectedly lovely. Let’s check them out! Famous for her clear voice, Mandy Moore voiced the role of Rapunzel in “Tangled” (2010). In addition, the voice of Mandy also contributed to the success of the OST “I see the light”. Do you know the funny, energetic superhero Shazam (Zachary Levi) who once voiced the role of Flynn Rider? The beautiful American singer and actress, Kristen Bell, tried her hand at the voice actress for the role of Anna from “Frozen”, and the results were breathtaking. It can be said that she has succeeded in this new profession. This American actress and singer is the one who breathes life into our queen Elsa. Tim Allen, an American actor and comedian, has a voice familiar to fans of Buzz Lightyear from “Toy Story”. This great American actor, director, and producer contributed his voice to the movie “Toy Story” under the character Woody. Scottish actress who contributed greatly to the success of the film “Brave” by giving her voice to the princess Merida. Emma Thompson is an English actress and screenwriter who is known for her subtle and humorous performances as well as her award-winning screenplays. It was a surprise when she voiced Queen Elinor – a very strict and stubborn authoritarian person.