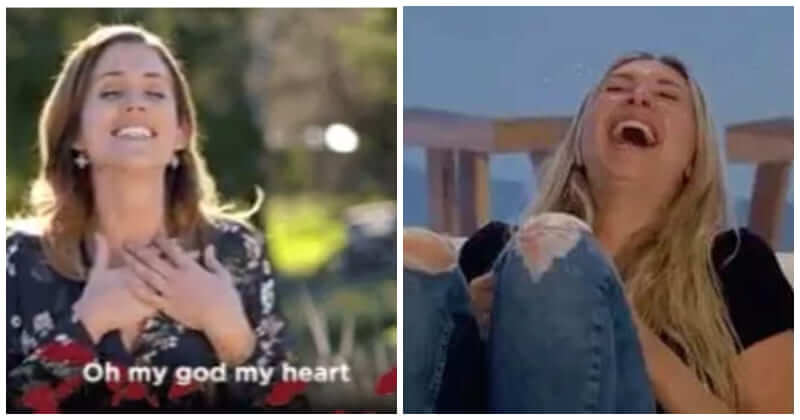 Some say that love is nothing if not a matter of fate. Say that love will finally come to every one of us, as long as we believe in love. When looking at the fact that there are roughly 7 billion people on earth, you’ll be amazed by how unlikely two persons can ever find each other, let alone forming a relationship. And for every decision we make, the future can change for not just one but maybe two people.

So, don’t hold yourself back. If you’re looking for your significant other, you’ll first need to get out of your safe zone. Maybe you’ll be surprised to know that your mom and dad met each other in the most unexpected way possible. Well, crazy but true. Many others also have the same chaotic stories when their parents first met like that, and they are here to share with us. So, scroll down and have a good laugh while reading those unusual but amusing love stories.

#1 “My dad was a popular high school athlete and my mom was a nerd, so they’d never met until one day my dad accidentally hit my mom with his car. He felt so bad that he pledged to visit her in the hospital every afternoon until she got better. They’ve been together ever since.” #2 “My dad’s identical twin came to my mom’s job to visit her coworker, who he was dating. After he left, my mom asked jokingly, ‘Hey, he doesn’t have a twin, does he?'” #4 “My mom met my stepdad when they bumped into each other while out walking their dogs. She was on her usual route, but he’d never taken that path before. But for some strange reason, his dog pulled him in that direction that day…” #5 “My mom was on a date with a guy, and he got really drunk. When he went to use the bathroom, he sidled up next to my dad at the urinal. Next thing my mom knew, her drunk date ran out of the bathroom, dragging my dad behind him and yelling to her, ‘YOU GOTTA HEAR THIS GUY PEE!'” #6 “My dad was a foreign exchange student who fell in love with the daughter of his host family…from her picture.” #7 “My mom and dad were both working in a department store — my mom worked at the counter, while my dad cleaned the windows. They met one day when he was watching her so intently that he accidentally sprayed a customer in the face with glass cleaner.” #8 “My parents worked at the same place, and my mom had heard about my dad’s reputation there — that he would flirt with ‘anything in a skirt.’ So she called him into her office one day to chastise him for sleeping with so many staff members and making the office environment uncomfortable. But my dad was so smooth that he didn’t get written up…he got a date.”

#9 “My parents met at a town snowball fight, when he broke her nose with an ice ball.” #10 “My parents were paired up to dissect a cadaver in med school. They literally met over a dead body.” #11 “My mom was walking home from a college party, and she saw my dad drunkenly swimming in the school fountain. He swam up to her and told her she was pretty.” #12 “My mom was walking in Jakarta when a speeding bus threw its conductor off, and he landed right on the sidewalk in front of her. The bus left him there, bruised and blistered, so my mom called an ambulance and stayed with him in the hospital until he was released. And the first thing he did after his release was ask her on a date.” #14 “My mom was a ballerina who worked at a hotel during her off season to make extra cash. She met my dad when there was a bomb scare at her hotel. My dad was one of the police officers who came to check it out.” #15 “My mom was a bridesmaid in her cousin’s wedding, and my dad was the best man. Well, he kept hitting on another bridesmaid who wasn’t interested. So my mom went up to him and said, ‘Look, she’s not interested, but I’m a real catch.'” #16 “My parents actually met in a graveyard. They had both taken a shortcut through it on their way home at night. They ended up talking until the early morning.” 20 Employers Who Are Complete Douchebags

33 Ridiculous Stuff That Make You Question The Owners

Guy Fell Asleep During A Road Trip, Girlfriend Asked The Internet To Photoshop In What He Missed

24 Things Spotted At Wal-Mart That Are Beyond Messed Up

25 Fire Tweets That Are Bringing The Heat

“Things That Are Not Aesthetic”: A Polite Way Of Describing These Things

Unsettling Images That Get Creepier The Longer You Look At Them

Astonishing “Defy The Odds” Moments To Pique Your Curiosity

15 Times Expectations And Reality Are Day And Night Different