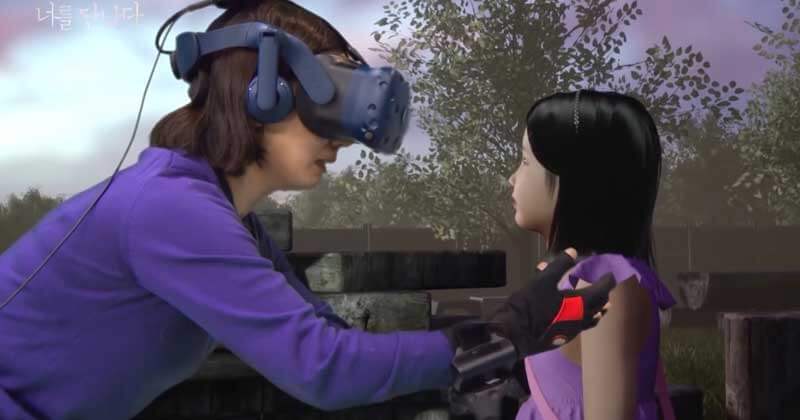 Have you ever heard the word virtual reality (VR)? It is a computer-generated environment with scenes and objects that appear to be real, making the users feel as if they were actually there. The simulated experience has proven to be very useful in the fields of medicine and mental health.

Last year, VR gained the attention of millions of people over the world. Korean television show Meeting You aired a segment about a grieving mother Jang Ji-sung reunited with her 7-year-old daughter Nayeon who passed away in 2016. This happened in a simulated environment.

The popular TV show was produced by the Munhwa Broadcasting Corporation (MBC), one of the biggest television companies in Korea. They were very dedicated to designing Nayeon’s face, body, and voice. They tried their best to make these details as accurate as possible. The reunion could comfort the heartbroken mom and family of the lost girl.

The mother stepped into the virtual reality room. She cried out of happiness as she could reunite with her young daughter. They hold hands, talked, picked flowers, and posed for photos together. They even celebrated a small cozy birthday party for Nayeon. And of course, Nayeon enjoyed her birthday party, singing the birthday song, making wishes and everything.

Nayeon’s wishes were simple yet touching. The little girl wished her dad would give up smoking, her older brother and sister would get along well, and her younger sister would not get sick. She also made a wish for her mother – she would not cry anymore.

Hearing this, not only Nayeon’s mother burst out crying but also her father, brother, and sisters who were watching outside sobbed. They all missed her lost daughter and sister.

Nothing hurts us more than the loss of our loved ones. Our heart breaks into pieces, and it might take years to get over the pain. But there is still a scar to be left on our hearts. If we saw our loved ones once again and told them our heartful words, it could help to heal. It can’t alleviate the grief immediately but it can reduce our regrets.

Come back to the video, its ending touched the hearts of both the staff at the show and people on the Internet. Daughter Nayeon read her mom a letter, which said “Mom, we are always together right? Next time we meet, let’s play a lot, okay? I will cherish and remember you for a long time too.” The little girl then turned into a shining white butterfly while her mother was staying with her beside the bed.

You can watch the full video below!

My heart tightens up inside when watching this scene. It’s been 4 years since Nayeon left, so I hope that mother Jang Ji-sung gets over the pain. The adorable lost girl is always in her heart.

12 Pisces Symbols That You Have Never Heard Of!

Check Out Aries’s Personalities With These Celebrities

15+ Funny Memes That Helps To Read An Aries Woman

Women Of The Zodiac Through 12 Interesting Disney Memes

What Are Aries Like When They’re Are In Love? Watch 15 Funny Memes!

The Dark Side Of Aries: They Get Mad So Easily, Showing In 15 Memes

18 Weird Things People Saw Being Sold That Made Us Say “But Why?”

Conversations Between God And Zodiac Signs, Explore It Now!

The mindset of billionaire Elon Musk: There are rich people but no money!

This is the incredible woman who raised 3 billionaires alone