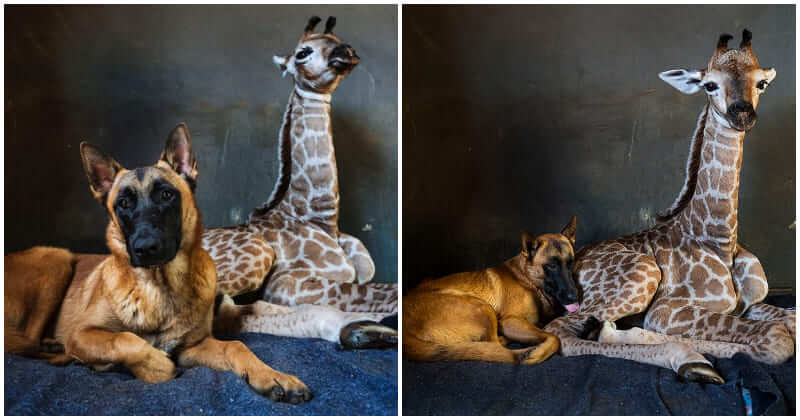 Have you ever heard of an animal that can survive without drinking water? This seems hard to be true but really happens, guys. Nuk the orphaned gerenuk has never taken a sip of water during his whole life. We, humans, can’t live without drinking water but this gerenuk can.

The reason lies in their diet and special noses. These animals can get all the moisture they need from the plants they eat. Thanks to these, they don’t need to go searching for water. They can even survive in dry thornbush countries and in the desert. The Sheldrick Wildlife Trust in Kenya rescued Nuk in 2013. He was still a baby at that time. Local livestock herders spotted the orphaned animal walking home with their goats. Then they contacted the sanctuary for help. The staff came to the scene and brought the gerenuk with them. He had been raised here for a year before he decided to come back to the wild.

But Nuk doesn’t leave forever. Sometimes, he returns the sanctuary to see his rescuers.

“For a while, he chose to return and visit those who raised him at Kaluku from time to time,” Amie Alden, communications and media manager for the Sheldrick Wildlife Trust, told The Dodo. “And we occasionally saw him on the airstrip with a herd of impalas he had taken a liking to.” As you can see, the gerenuk has a unique look with a long, slender giraffe-like neck, tiny head, and large eyes and ears.

These animals also have weird habits. They can stand on their hind legs and extend their necks like giraffes, making them even taller than most humans.

Currently, the gerenuk is added to the near-threatened list by the IUCN Redlist. The main causes of their decrease in population are poaching and habitat loss.

Cat Digs Out Condoms From Woman’s Bag And Husband Suspects She Is Cheating, It Turns Out The Condoms Were From 2 Years Ago