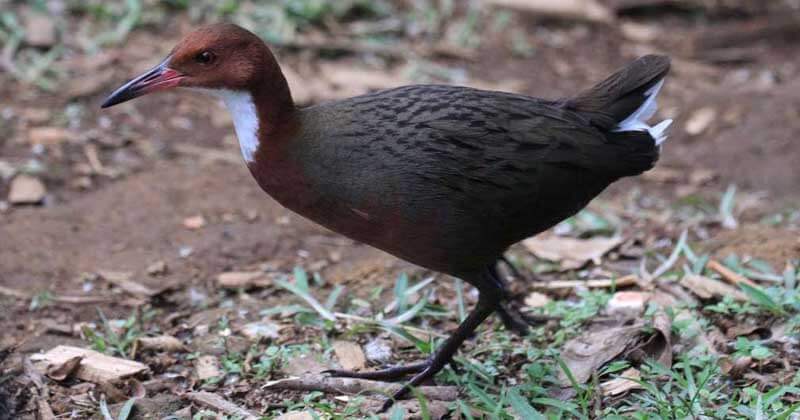 The Aldabra rail was once considered extinct. Aldabra Atoll, the home of this white-throated bird was submerged beneath the Indian Ocean about 136,000 years ago. This bird then disappeared.

However, this species is back. People have a chance to see the presence of Aldabra rails again. It took only 20,000 years for these birds to return. These rails are native to Madagascar. When their population expands, these birds fly to the mainland, east to the islands of Réunion and Mauritius, and the Aldabra atoll.

However, Aldabra Atoll reappeared on the map and brought this extinct bird back.

Like its ancestor, the re-evolved Aldabra rail is flightless. Scientists believe that this bird lost its ability to fly as it doesn’t have predators. “There is no other case that I can find of this happening, where you have a record of the same species of bird becoming flightless twice,” Julian Hume, paleontologist and author of the study, said in a press release from the Natural History Museum in London.

“It wasn’t as if it were two different species colonizing and becoming flightless. This was the very same ancestral bird,” he continued.

Watch the video of this bird below.

If you want to read more interesting articles of wild animals, just visit our website.

Meet Baby, The Cute Corgi With Feisty Personality Is About To Capture Our Hearts

Man Gets Criticized By Sister For Refusing To Save Her Puppy, But Reddit Rallies Behind Him

Mean Boss And Co-workers Against Dog Allergic Young Woman: Put Up With Dogs At Office Or Stay Home!

Woman Dumps BF After He Tries To Give Away Her Cat To His Mom, Reddit Is Rallying Behind Her