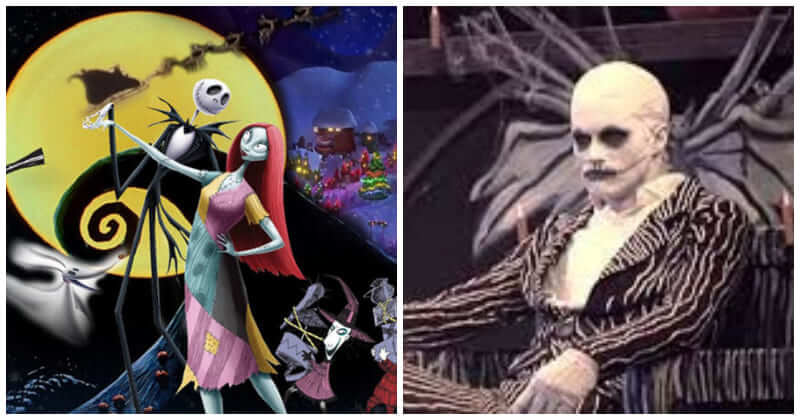 Disney’s Nightmare Before Christmas, released in 1993, is an outstanding animated horror film. With a unique plot and diverse character building, the film is the perfect combination of cuteness, humor, thrills, and demons. Because of this, the movie has wowed a large number of people and garnered the support and affection of millions of people all over the world.

Despite positive audiences feedback and strong sales, fans can’t help but ask why, nearly three decades later, Disney has yet to make a live-action version of the series. They couldn’t stop talking about it: is it because of the way the characters are built? Or is there another reason that despite the many remakes and live-action of other movies being released, Tim Burton’s masterwork is ignored?

To partially meet the audience’s expectations, Matthew Patrick Davis, a musical actor, and a screenwriter has portrayed the character of Jack Skellington in the theatrical version, which was later posted on his Youtube channel. If you’re a fan of Tim Burton’s Nightmare Before Christmas, you won’t want to miss this!

#1 Is it because the art concept the animators created was too difficult for Disney to produce a live-action version? #2 A lot of people have cosplayed Jack Skellington but why Disney hasn’t made a live-action version yet? #3 Matthew Patrick Davis successfully portrayed this legendary character and shown the audience that it is possible to create a live-action version of this movie. And yeah it’s pretty damn impressive

A video of actor Matthew Patrick Davis performing “Jack’s Lament” was shown during a small-stage performance at the Beverly Hills Playhouse. Fans praised Matthew’s recreation of Jack Skellington, praising everything from his tone to his facial expressions. And don’t even get me started on the legs! The long-limbed artist proved that the film deserved a musical, shot in a black box theater surrounded by spooky asymmetrical sets.

In a 2016 interview, Matthew once shared, “I performed the song in a workshop and my classmates loved it so much that we decided to stage it and videotape it. We didn’t have the rights, only our love of the film. It’s our impassioned plea to Disney to give people what they want and start workshopping it.” The video was taken in 2008, when a group of acting students at the Beverly Hills Playhouse staged a scene from the film, at a cost of roughly $900. Mattew had his own Broadway debut playing the Geek in the 2014 revival of Side Show. “If I could be Jack, it would be a dream come true,” he said.