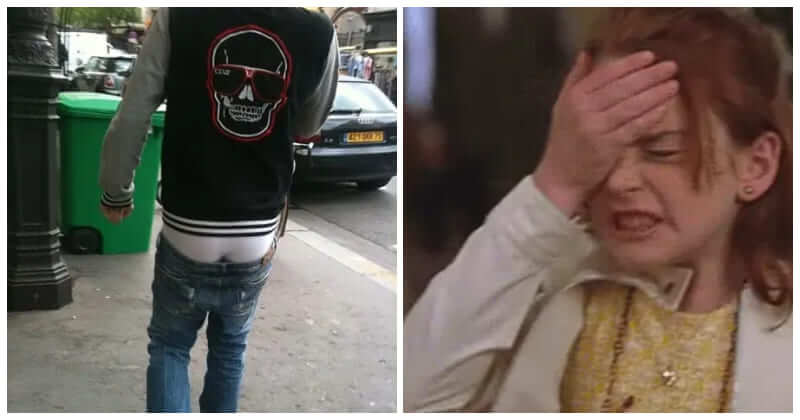 When people become parents, they always strive to be good models for their kids. They mind their words and also their actions so that their children will learn all the good things. But this is a hard job, for sure. And sometimes, they just forget to act appropriately. Well, it would be okay if they just embarrass themselves in front of family members, they still can be decent, elegant parents in other people’s eyes, anyway. However, the thing is not always like that.

Have you ever lost your face because of your parent’s embarrassing actions? Here and there, some poor kids must be experiencing the most awkward moment in their life, and their parents are the exact reason. Like, your boyfriend/girlfriend come over and your mom forces you two to sign a contract banning all segg and stuff. That must be awkward. And here, we have some more of those embarrassing moments that will make you laugh in cringe. Scroll down and check them out now.

#1 In high school I had friends over for movie night. We got too loud for my dad who stormed out of his room in nothing but his oversized, stained tighty whities — with his left nut hanging out — and yelled at my friends.

#2 “When I was in middle school, my mom went crazy because I had 1000 text messages that month. She went through all the numbers and asked who each person was, then called up one kid and told him, ‘Stop texting my daughter!'” #3 “When I was 15, my mom wrote up a contract (banning kissing, chaperone-free dates, and SEX) that my first boyfriend and I had to sign in front of her. She then posted it on our wall at home!” #4 “My dad liked to make funny comments when I brought my middle school friends over for dinner. Once, as we were finishing eating, he looked between me and my friends and said, ‘So let’s talk about your changing bodies.'”

#5 “My mom was my Health teacher in high school. Once, she started a ‘sex ed’ lesson with ‘Someday, when you have sex…’ then immediately pointed at me and said ‘Except you. You’re never having sex.'”

#6 “When I was 15 my first serious boyfriend was into sagging his pants (where the top of his underwear/butt would show). My mother hated it, and one night after a couple of glasses of wine she pulled down her pants, mooning us, and warned, ‘This is what could happen if you don’t pull them up!'” #7 “I was walking on the track with my dad and there was a woman with pretty obvious breast implants doing stretches on the side. My dad had his earbuds in with the volume up high, and for some reason felt the need to point them out. He practically yelled ‘THAT WOMAN HAS FAKE BOOBS!’ He didn’t even seem to realize that he was being loud enough for everyone nearby to hear him. The woman looked mortified and I strongly considered just running away.” #8 “In high school, my friends and I were dying our hair. My mom walked in and said, ‘It looks like there’s semen in your hair!” #10 “My mother once asked my boyfriend if I’d ever given him a boner.” #12 “When I was in the sixth grade my mom took me to see Madagascar 3. When the credits started rolling and ‘I like to Move it’ came on she dragged me to the front of the PACKED theater and started dancing. When I said I didn’t want to dance she yelled, ‘WHY DON’T YOU LOVE ME? I’M JUST TRYING TO HAVE FUN LIKE A COOL MOM!'” #13 “Once, when I was a sophomore, I was really annoyed and just wanted to get to school. My mother said she would get out of the car in her pajamas and dance in front of my school unless I dropped the attitude. Being an idiot kid, I didn’t believe her, but when we pulled up to my school she got out and danced behind me until I entered the building. People talked about it for a while.”

#14 “While growing up, my dad participated in a lot of endurance events like triathlons, so he shaved his legs to be ‘aerodynamic’ during the bike portion. When my friends were over he would strut around and ask them to feel how smooth his legs were.”

#15 “My dad was a teacher at my grade school. At a pep rally everyone was going crazy, so he decided to slide across the freshly waxed floor….on his belly. He did this multiple times to the chanting of my entire school.” Funny And Weird Coincidences That Make People Question The Reality

People Are Coming Up With Honest Advertising Slogans For Brands We All Know, And They Are Hilarious

Thanksgiving Is Surely A Hilarious And Awkward Holiday For These People