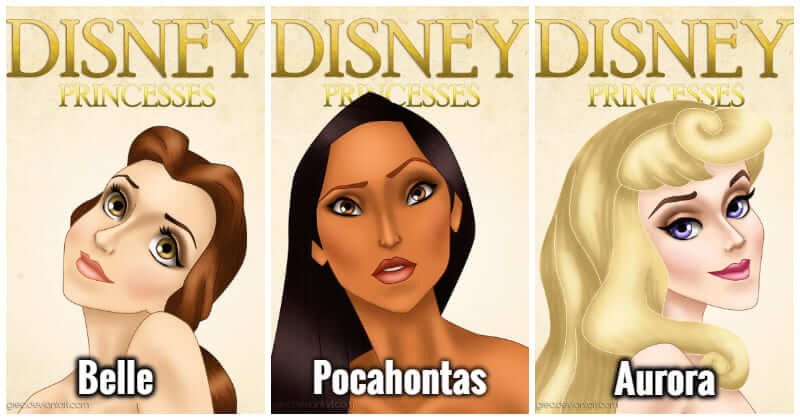 John Grec Archibald, a Philippine artist and illustrator, produced a Disney Princess Beauty Shot Series based on Cycle 1, Episode 6 of the show. Belle, Anna, Mulan, and other well-known Disney beauties have been transformed into real-life supermodels.

Take a peek at some of the stunning images below. If this program was held, who would you vote for? Mulan has a pure Asian beauty with long black hair, monolid eyes, and lovely lips. She’s so cool in this look. With her unique short hair, Tiana is so trendy. When made up with pink and purple eyeshadow, her big round eyes become even more attractive and seductive. When you glance at Cinderella’s photo, you’ll notice her beautiful blue eyes right away. Belle has a lovely smile and beautiful hazel eyes in this shot. With an angular face, a tiny nose, and beautiful lips, Pocahontas stands out totally. Our Aurora is both enchanting and seductive with her elegant curled hair. I will fall for her. Anna appears to be a completely different person. She doesn’t appear to be as innocent as she once did, but that is the beauty of a mature lady. It’s fantastic. Do you recognize Rapunzel if she doesn’t have her trademark long hair? Ariel’s ocean blue eyes were enhanced with a touch of black makeup and she looks great in her red hair. Snow White’s dove-like eyes are my favorite feature of her. She’s so pure and adorable! To be honest, I don’t like this shot of Merida since her trademark flaming orange hair has vanished!

Zodiac Signs Don’t Say “I’m Angry”, Here Are What They Do

Why It’s Hard To Capture An Aquarius? The Answer Is In These Memes