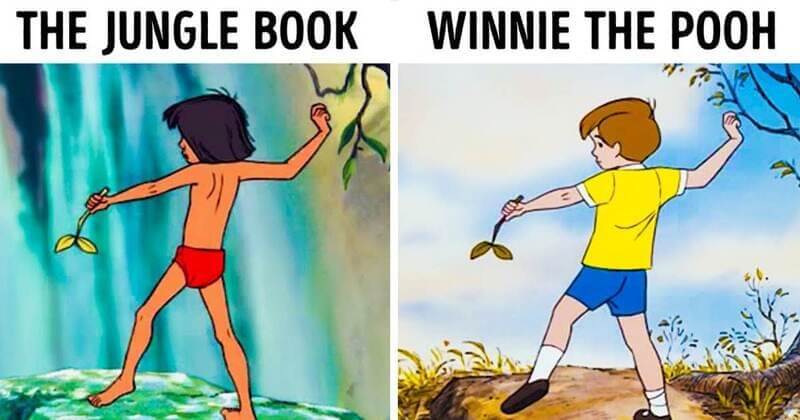 The Disney animation universe is enormous, featuring hundreds of characters with distinct personalities and traits. Even the most devoted Disney fan would struggle to name all of the Disney characters that have been featured.

Having read that, you will surely think that the animators of this animation studio are always full of ideas, right? We used to think like you. But that’s until we found out that Disney also cheated at times when using stereotypes of previous characters to draw new characters.

Don’t be in a hurry to feel frustrated or deceived, because this is completely understandable! To create a complete character, artists have to research and experiment a lot to create the most perfect version. Reusing old designs is the most effective way to save effort and still ensure high efficiency!

There are likely to be many more illustrations reused, but we’ve found five that stand out! Watch until the end to appreciate the sophistication of Disney. Surely you did not expect that the iconic dance scene at the ball in the movie Beauty And The Beast is a “reuse” scene, right? They reused the dance scene of Aurora and the prince that was produced 32 years ago. But at least the image quality has improved a lot. It is not difficult for audiences to recognize the similarity between these two scenes. They have almost recreated the entire scene, except for the clothes and hair of the two boys. The scene of the boy Mowgli playing with two wolf pups is actually drawn from a scene in the movie The Sword In The Stone produced 4 years ago. With so many images reused from prior films, it’s no surprise that Robin Hood is the lowest-budget movie in Walt Disney Studios’ history. They also designed Little John bear to look just like the bear from Disney’s The Jungle Book. Snow White And The Seven Dwarfs has long been a beloved classic film, and now we understand why. Over a three-year period, Disney engaged 570 artists to create over 1 million drawings. That’s why 36 years later, they used the same images to create Maid Marian of the movie Robin Hood.

Before Will Smith, These 5 Celebrities Were Also Banned By The Academy