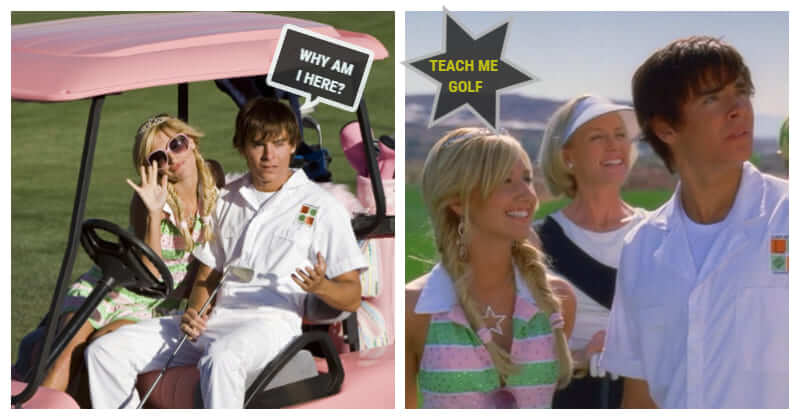 High School Musical is an American musical television film that was released in 2006 on Disney Chanel. It was the most commercially successful Disney Channel Original Movie ever produced and became one of the most outstanding original movies to air on the Disney Channel, pulling in ratings of nearly 8 million viewers. The movie is a series of stories portraying the romance of Troy Bolton and Gabriella Montez and their high school life. Along with our main couple, Sharpay is also a phenomenal name. We may remember her upon her fancy style, her confidence and her iconic throat clearing. But the most remarkable thing is her consistent and show-off love for Troy Bolton.

Some people criticize that the way Sharpay chasing after Troy was kind of embarrassing and exaggerating. But how many people are brave enough to fight for love like this girl? To positive extents, her sacrifice is admirable as she was so brave, loyal, and consistent. She noticed the smallest details of Troy’s life and cared about everything relating to him like his summer vacation, his plans for the future, what he liked or how were his basketball games. And she tried her best time after time to bring joy to Troy. If you notice in HSM 1, our girl didn’t want to compete with Troy in the singing contest because she didn’t want to see either of them lose. Despite being so sharp in front of others, Sharpay always smiled brightly with Troy and showed her feelings through loving eyes, bashful gestures and excitement being with him. She returned to a real tender girl who needed hero instinct in a guy.

#3 His support meant a lot Sharpay wanted Troy to see her performance with Ryan as his support would be her grant motivation. She even desired to be on stage with Troy and tried her best to have him in her dreamt career path. Troy’s appearance along with her ambition meant a lot to her.

#4 No hesitation for showing love in public In spite of being followed by many boys at school, Sharpay paid no attention. She was a big star in East High and her reputation was such a level. She might be arrogant with anybody but Troy Bolton. She didn’t hesitate to let everybody at school know about her strong feelings for Troy and she was chasing the guy. She cared about nothing but her love and she didn’t mind what people thought. Sharpay took all chances to be with Troy. We all can see how happy and pleased she was when they were together.

#6 Always forgive no matter what She might be mean to Gabriella or other students but always be so generous with Troy. She forgave him no matter how hurtful she felt every time Troy and Gabriella being together or the time when Troy left her singing with Jimmy. Sharpay bore vulnerability and loneliness many times for sure.

#7 Her crush’s happiness is more important It is confirmed Sharpay likes Troy, but she still couldn’t have his heart. Sharpay had put lots of effort but she chose to give up and cheered to the main couple as she knew Troy would be his best with Gabriella.