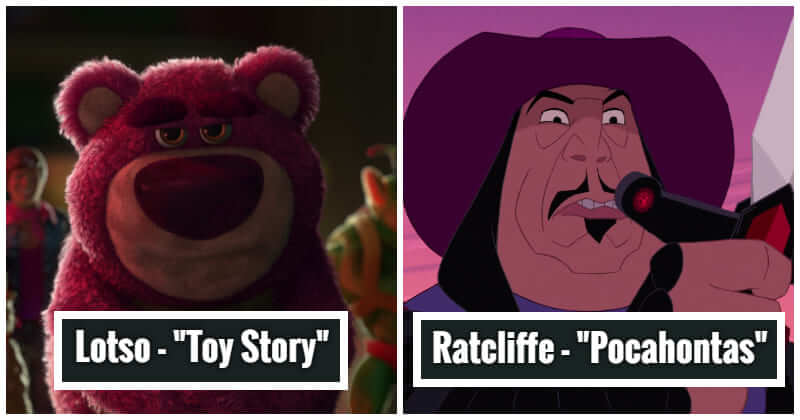 If beautiful princesses and heroes in Disney movies are always loved and praised by everyone, villains are the ones who make the movies more dramatic. They contribute to highlighting the good qualities of the main characters and enable the films to exploit the noble human values ​​and valuable lessons about life.

Although for decades, Disney has been focusing on making movies for children, the images of evil characters still appear a lot in its animated films. Some argue that these images are a deterrent to young children but others think that the characters can scare and adversely impact children. Let’s review the evilest and heartless villains in the Disney animated series! This selfish and cruel stepmother torments Cinderella. She treats Cinderella like a servant in the house. Stromboli is cruel and greedy for money. Therefore, upon realizing Pinocchio’s potential talent, he kidnaps and forces Pinocchio to work for him. Jafar is an evil sorcerer who pretends to be a loyal advisor to the king for the main purpose of taking the throne and reigning Agrabah. Shan-Yu is a brutal Hun general determined to invade China. Shan-Yu doesn’t flinch to kill anyone. While Toy Story is a Disney animated movie about cute and harmless talking toys, the sly Bear Lotso is considered the movie’s worst villain. He sends Andy’s toys to their deaths. Scar is Mufasa’s brother and also a character with evil intentions not inferior to the hyenas. Scar kills her brother and leaves Simba feeling guilty about his father’s death.

#7 Doctor Facilier – The Princess and the Frog The cunning octopus has cleverly lured the mermaid Ariel with an ‘empty promise’ to take away her soul and that of her father, King Triton. This is a greedy and money-hungry governor. When he discovers that the Native Americans don’t possess the gold he desires, he still declares war on them. Cruella De Vil does all sorts of tricks to get the dalmatian’s fur. She is cruel to want to kill cute puppies just to get fur for coats.