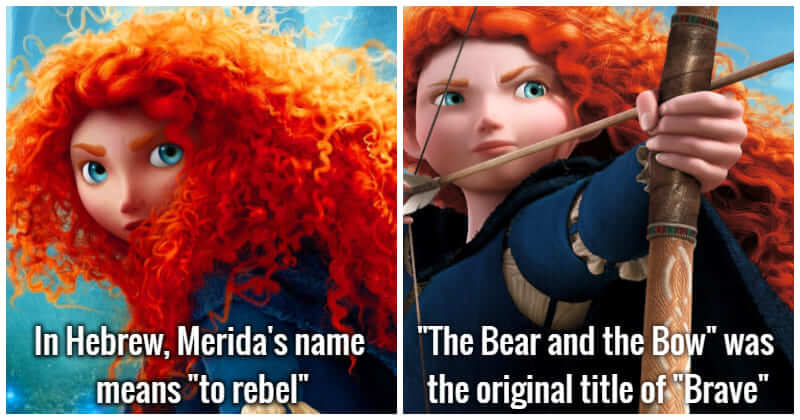 One of the most talked-about animated films in 2012 is Brave – a comedy/adventure movie produced by two of the world’s largest media and entertainment companies: Disney and Pixar. The movie portrays Princess Merida – a strong, brave girl with determination to pursue her own path. On that journey, she accidentally cast a curse on her mother and had to go through many events to realize the sacredness of motherhood.

Making a strong impression with Merida’s red curly hair and her bow, Brave marks a turning point in Pixar’s style: less humorous, instead, darker and more mature. With the frames of the wonderful Scottish highlands and touching scenes about motherhood, Brave has captured the hearts of many audiences across all ages.

#1 Before agreeing to the name Brave, “The Bear and the Bow” was the original title of the film #2 Pixar spent three years developing two extra software tools just for this film. One of them made it possible to simulate Merida’s hair moving in sync with her motions #5 At the title, you can spot the hidden Merida in the word B, while Elinor is hidden in the letter E #6 It took six years to make this film

Source: Apprehentice Of The Chosen One

#8 Young MacGuffin (voiced by Kevin McKidd) speaks a strange dialect known as Doric, which is a language found in northeastern Scotland #9 Merida wears the same necklace as Elinor at the clan gathering, which she subsequently uses to pay the witch for the spell #13 Elinor’s hair would be around six feet, six inches long if it weren’t wrapped

#15 To create the right mood for the Scottish Highlands, the art department created around 350 paintings of leaves, brushes, and moss