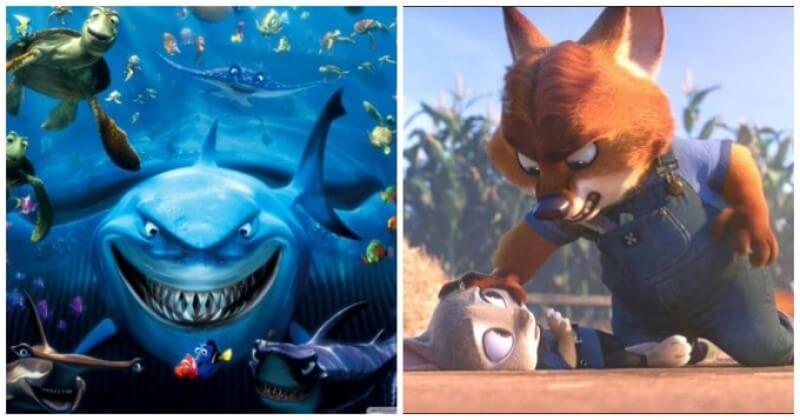 Being outstanding in tons of Disney movies are animal-associated ones. Successfully, Walt Disney has enlivened the animals’ world with beautiful animations, stories with meaningful messages, and witty dialogues that are perfect for both kids and adults. Also, this company has integrated many interesting, astonishing, and meaningful plots in their animal-related movies to produce thrilling stories. Who can imagine the world of animals full of dramas, right?

Here is a special collection of incomparable classics for those who love the cinema and, of course, animals. Choose what you like and see what the animal pals did in their story!

#1 One Hundred and One Dalmatians Based on the same name novel of Dodie Smith, One Hundred and One Dalmatians, a 1961 animated comedy-adventure movie, is produced by Walt Disney. The movie is about the fate of 15 Dalmatian puppies of Pongo and Perdita’s after they are ‘dognapped’ by Cruella De Vil. Thanks to its success, the Disney studio would be out of financial trouble caused by the box office failure of the previous animated feature film. The Lion King, the 32nd film in the Disney Animated Canon, is an animated, musical/drama feature film. The plot centers on a young lion prince named Simba, who must overcome the loss of his father and fight with his ambitious uncle (Scar) at the same time, in order to take back his crown to be the king of the Pride Lands.

Also, the Lion King received universal acclaim from critics and the public for its music, animation, story, and performances of the voice cast. Zootopia, a 2016 3D computer-animated movie produced by Walt Disney, is a massive box office success. It is the story about life in a gleaming metropolis divided into several districts (Sahara Square, Tundratown, Little Rodentia, and Rainforest District) in which anthropomorphic mammals live. Released in 2003, Finding Nemo is a 2003 Disney computer-animated comedy-drama adventure movie. It tells the adventure of Marlin – an overprotective clownfish and a regal tang named Dory in order to search for Dory’s son (Nemo) abducted in Sydney Harbour.

#5 Lady And The Tramp

Lady and the Tramp is an animated romance film released in 1955 by Walt Disney. Based on the book ‘Happy Dan, the Whistling Dog’ by Ward Greene, this movie focuses on a female pampered cocker spaniel named Lady. After her owner has had a baby, Lady has to be out on the street. There, she is befriended and protected by the tough stray mutt dog – Tramp. Gradually, they embark on many romantic adventures and fall in love. The Aristocats is an animated film produced by Walt Disney Productions and released in 1970. Based on a story by Tom McGowan and Tom Rowe, this movie is a story about a family of aristocratic cats. Although The Aristocats is an icon of Disney, it is seen as a modest success of this company. Ratatouille is a computer-animated comedy film presented in 2007 by Walt Disney Pictures. It follows a little blue rat (Remy), who lives in Paris, wants to be a chef. The film was released in the United States and in the United Kingdom in 2007 and received tons of acclaim. Brother Bear is an animated drama film produced in 2003 by Walt Disney. In the film, a boy named Kenai accidentally leads to the death of his brother killed by a bear. Then, he chases the bear and kills it. Therefore, the Spirits angered and changed Kenai into a bear as a punishment. To be human again, Kenai must travel to a remote mountain and learn how to understand people through their eyes, feel others’ hearts and discover the true meaning of brotherhood. This movie, in spite of mixed reviews from critics, was warmly received by the public and was a box office success.