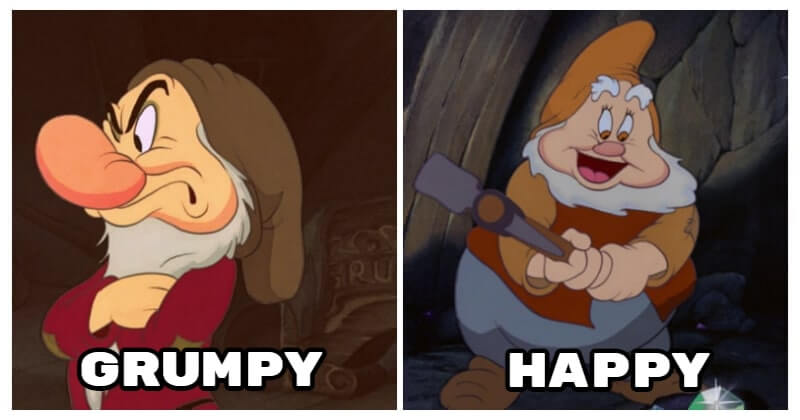 Snow White is one of Disney’s first animated films, which laid the foundation for a Disney animated empire. The film is about Snow White’s journey overcoming the challenges and the cruelty of the witch to gain her happiness. Not only the film teaches people to behave nicely with others but also to fight against evils. This is truly the value of the film.

In Snow White, besides the prince and princess, the seven dwarfs are also role characters. They have tried their best to protect and take care of the princess in difficult circumstances. However, there aren’t many viewers that can recognize the names of these seven dwarfs. Every dwarf is named after an adjective that describes human emotion.

If you are curious, let’s check them out!

#1 Doc – Doc is the leader of all the dwarfs. He is persistent and intelligent #2 Grumpy – Grumpy is very annoyed and irritated. Especially, he doesn’t like Snow White very much #3 Happy – Just like his name suggests, Happy is always jolly and wants to spread joy to everyone #4 Sleepy – Sleepy always loves his sleep. However, he is the most observant one #5 Bashful – Bashful is known for his shyness and red cheeks #6 Sneezy – Sneezy has to struggle with flu and cold all the time. So, be sure to stay away from him unless you want to be sick #7 Dopey – With his noisy and annoying characteristics, he is like the little kid in the group All in all, despite their different personalities, the dwarfs are all good ones and always seek to help Snow White achieve her true happiness. How precious is the friendship between the dwarfs and Snow White!