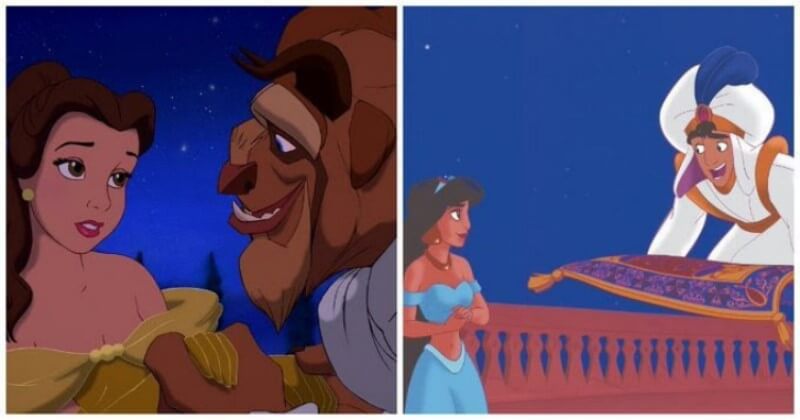 Despite the short line in the movie, it is undeniable that the princes play a huge role in the success of Walt Disney’s animated series. If there is no prince, there is no happy ending for our beautiful and kind Disney princesses!

However, not every Disney prince can completely convince audiences with what they did. Someone even makes viewers angry because of their unwise decisions. Do you curious about what they did to help their princess and who is truly helpful? If the answer is yes, let’s find out the truth together!

#1 The Prince (Snow White And The Seven Dwarves) The Prince from “Snow White And The Seven Dwarves” is also known as Prince Florian. The Prince does not appear much until Snow White has been poisoned by her stepmother. However, he successfully awakens her with a kiss, and they get married and live happily ever after.

After days and days of searching, Prince Charming eventually finds Cinderella and takes her to the palace thanks to his true love for her, which saves her from the cruel stepmother and sisters. At first, Captain Li Shang is dissatisfied with Mulan’s performance in the army. However, he finds out that Mulan has disguised to be a soldier (which is forbidden by Imperial Law and punishable by death) shortly after and spares her life as well as helps her save the Empire.

#4 Beast (Beauty And The Beast) The Beast (unofficially called Adam) is one of the main characters of “Beauty and the Beast”. Even though he saves Belle from Gaston, his arrogant, self-centered, and spoiled attitude is the reason for all the troubles. Prince Eric is the human who stole the heart of the mermaid Ariel. He is entranced by Ariel’s beautiful singing voice and wants to marry her. However, when Ariel returns as a mute human, Eric does not realize that and almost gets married to the wrong princess.

But in the end, Eric successfully saves Ariel by managing to impale the sea witch with the stern of a sunken ship. So, Ariel soon becomes a human, and they live happily. At first, Aladdin is an orphaned thief and lies to gain Jasmine princess’ love. Feeling guilty for lying, he tells Jasmine the truth but accidentally leads to the fact that the kingdom is under attack by Jafar. After wisely and courageously fighting, Aladin defeats Jafar to save Jasmine and her father. Source: We Hear It

Captain John Smith – a handsome, well-respected, and adventurous explorer – is Pocahontas princess’ love interest. At first, John wants to conquer Pocahontas’s tribe. But then, John falls deeper in love with Pocahontas and the beauty of nature; and begins to respect her and her lifestyle as well. Therefore, her tribe is not in danger of invasion.

Prince Phillip falls deeply in love with Aurora since the day they meet in the forest. Courageously, Phillip defeats the bad fairy (Maleficent), awakens the princess from her slumber with a kiss.

#9 Naveen (The Princess and the Frog)

Naveen is a laid-back prince and causes Tiana a lot of trouble. Accidentally, he turns Tiana into a frog just like him and gets them both chased into a swamp. Although Flynn finds Rapunzel to be a nuisance at first, he soon starts to fall in love with her. After many misunderstandings, in the end, he saves Rapunzel from her unwanted life at the locked-up tower.