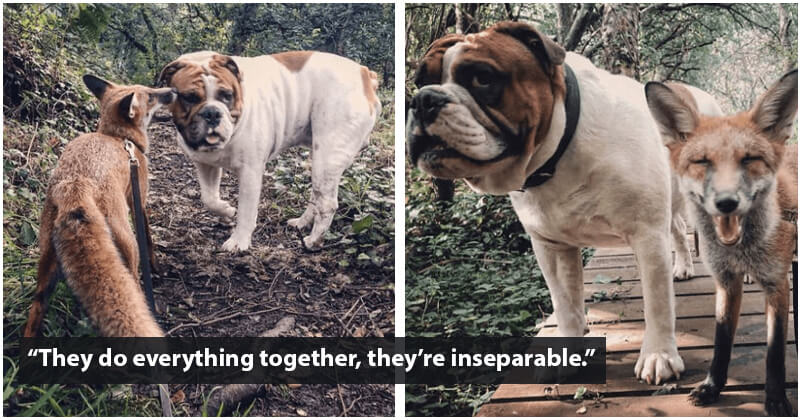 Like us, humans, the friendship of the animals has no barrier. There is not strange to see a cat considering herself as a member of the dog family or a dog getting along well with the ducks in the backyard. The story today is about a rescue fox and a bulldog. The two match each other and become best friends ever. Keep scrolling!

The friendship between “The Fox and the Hound” truly exists. This of Disney movies has been brought to life. And the main characters are an adorable bulldog and a six-month-old rescue fox cub. If you love this story, feel free to share it with friends and family. The fox and the hound have built a beautiful friendship. And it can warm up the heart of any, right?

10+ Camouflaged Cats That Win At Hide And Seek