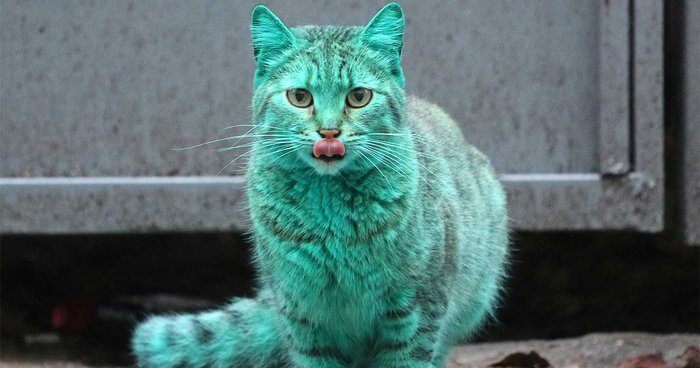 What you’re seeing below is not a shopped picture. While no where near natural, it is 100% real. That’s a real-life green cat that has been straying around the streets of Varna, Bulgaria. People were urged to find out the cause of its odd coloration.
The first suspicion was that some prankster played a nasty joke on the cat by painting it green. Residents had even formed a Facebook group to coordinate their search for the culprits. The truth, however, was a lot less stressing: it was discovered that the cat had taken a liking to sleeping in a pile of powdered green paint at a local garage.
People have yet to capture the stray and help it. But look at that face! It doesn’t seem to care much about the green… Oh well!
(h/t: dailymail) 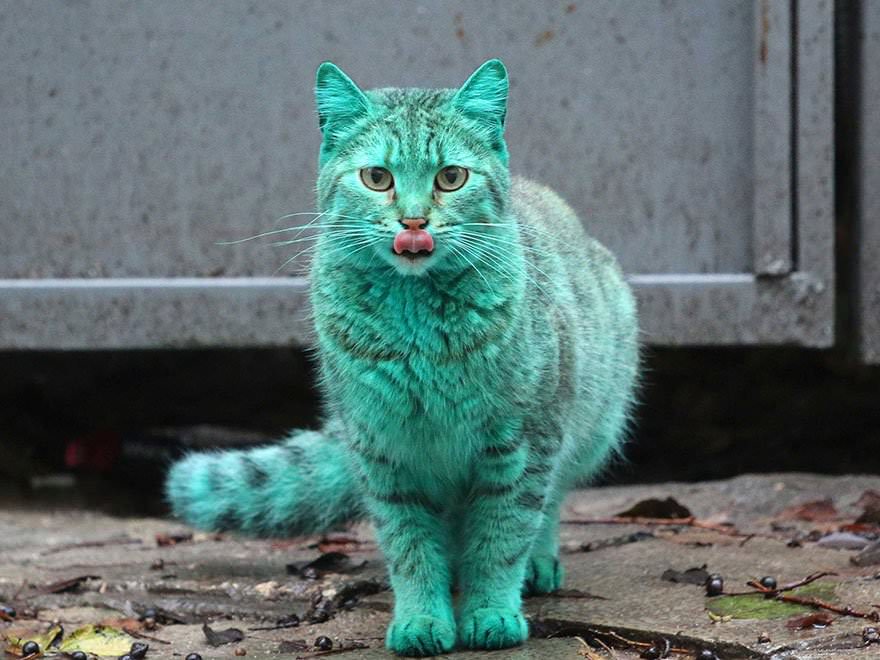 At first, concerned residents thought the stray had been the target of a malicious prank. 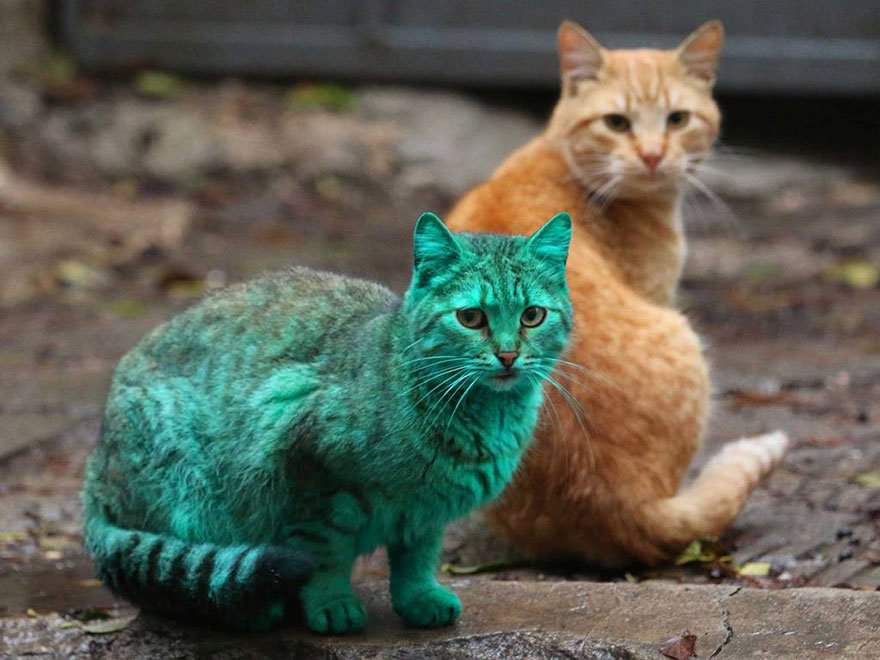 A Facebook group was formed to search for the culprit. 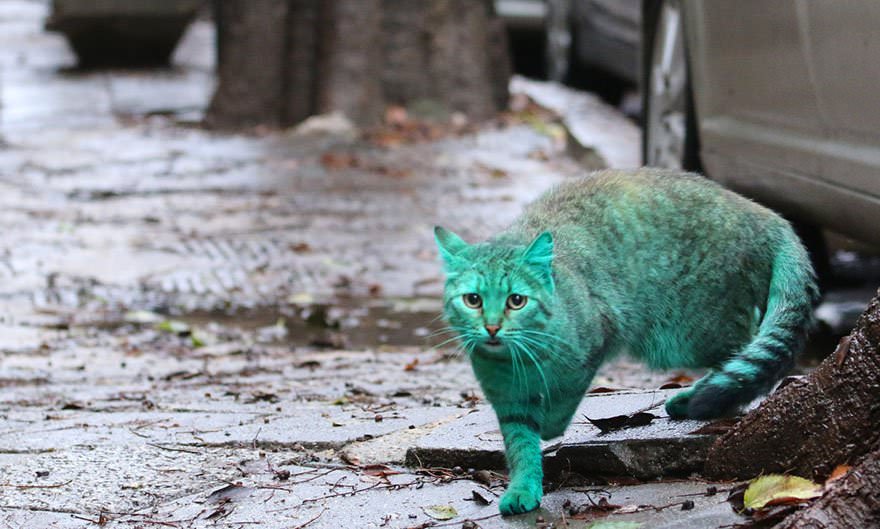 The truth turned out to be a bit less sinister, however… 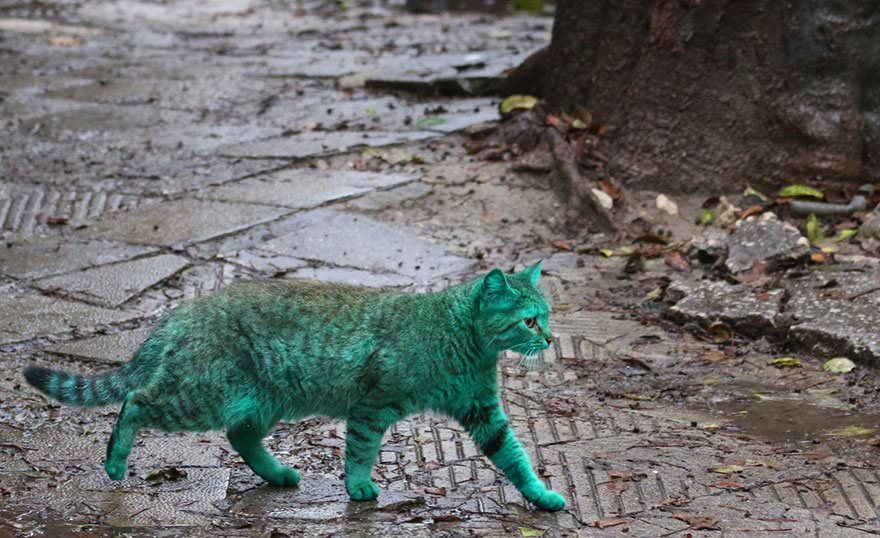 The cat had been sleeping on a bag of powdered green paint at a local garage! 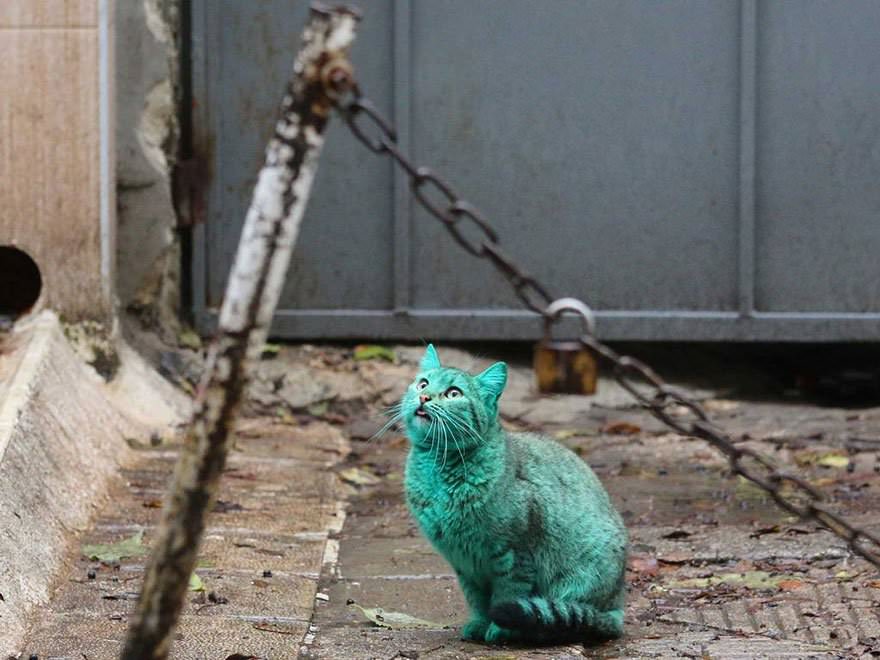 The cat seems not to mind the color, and neither does her friend.

The paint may have left negative side-effects, but no one’s been able to catch the cat to check. 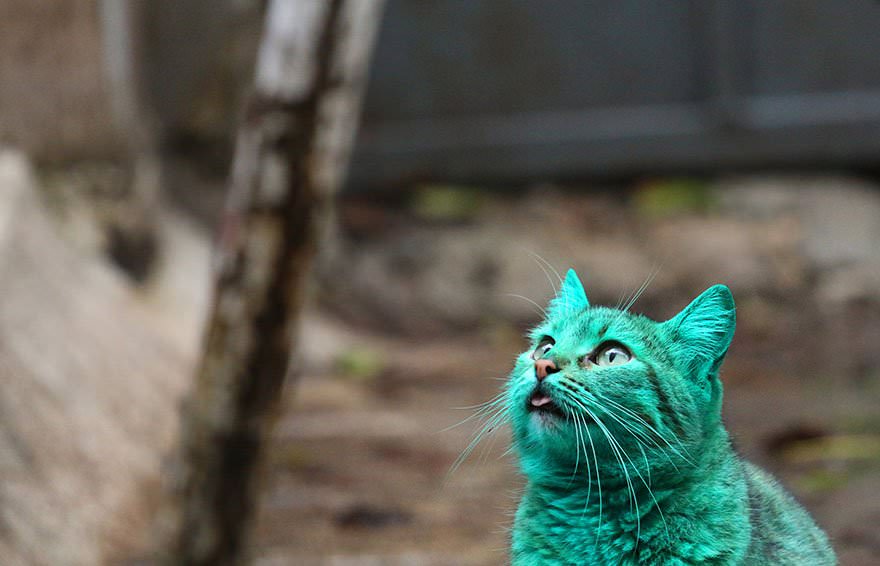 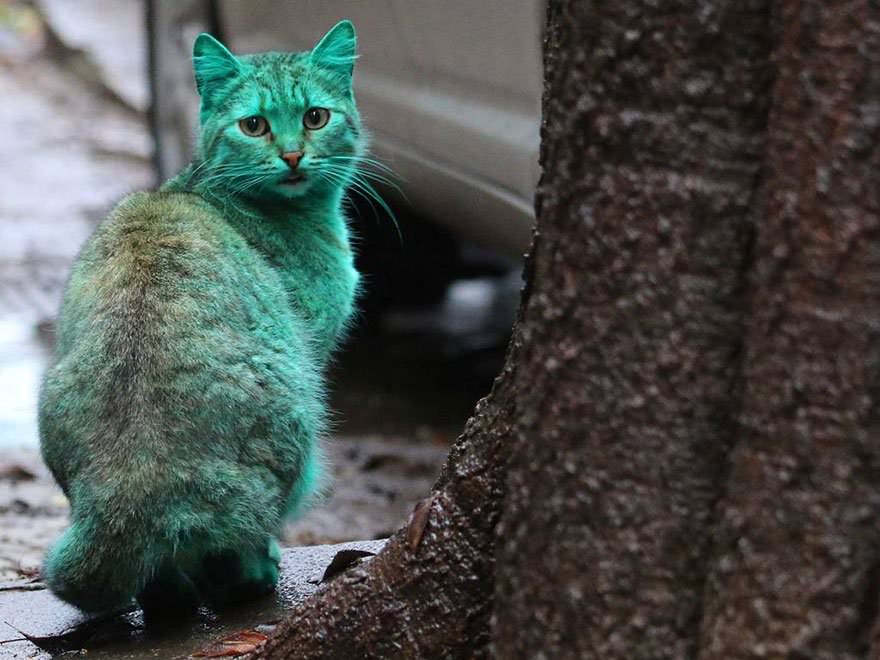 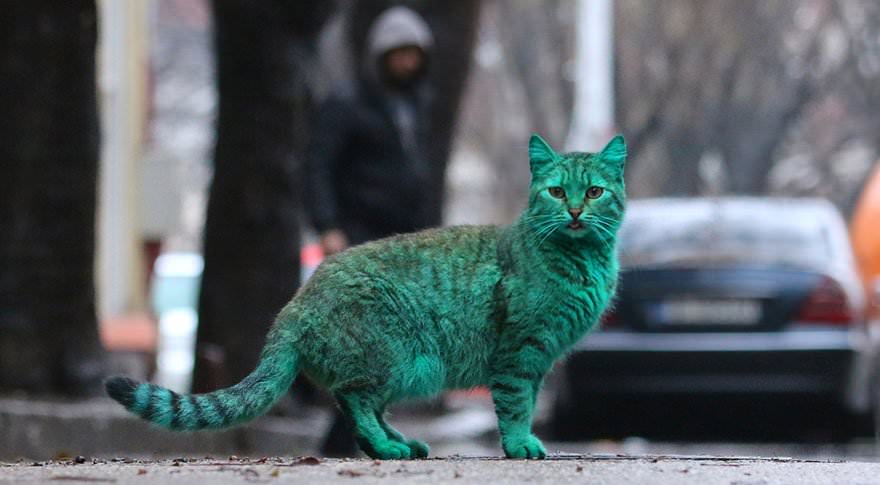 People Are Sharing Photos Of Their Pets’ Most Epic Fail, And The Results Are Hilarious!

This Is Bell, The Fluffy Angel Kitty With Squirrel-Like Tail