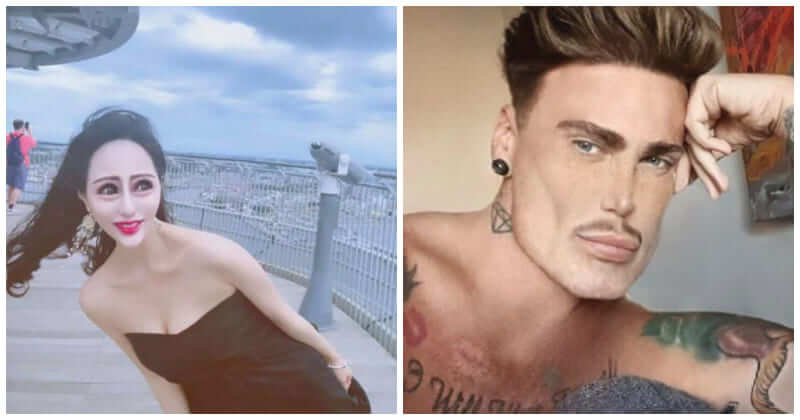 Browsing social media every day, we all know that these platforms are full of fake photos. Chasing virtually flawless looks and perfect lives, many people photoshop their pics to fool other internet users. It’s okay that you want to have a fancier appearance, just please know the limits. Nevertheless, some persons have no shame when taking several steps too far in photo editing as if no one could see they are ridiculously unreal.

Even when being caught faking their photos countless times, some people (most of them are influencers) still casually post unacceptably terrible pics on their accounts. It is disturbing, but honestly, those photoshop fails can sometimes become a great source of entertainment for us. People share hilarious over-photoshopped pics they spotted on the internet, and we have rounded up some of the worst and funniest ones in the list below. Check them out! #4. “She’s Not Fooling Anyone With That Steering Wheel” #9. “Had This Saved As Inspiration To Lose Weight When Struggling With An Eating Disorder. Now, I Can’t Believe I Never Noticed The Water Bending Around Her Waist” #14. “The Mirror Always Seems To Expose These People” #16. “She’s 50 Years Old And Photoshops Herself To Look Like She’s In Her Late 20s. Women, There Is Nothing Wrong With Looking Your Age. You’re Not Expected To Look Like A 20 Year Old Forever” #17. “I Thought People Had More Sense Than To Believe This Is Real, But She Popped Up On My Feed Because Friends Of Mine Shared Images Like This As “Goals”” #18. “He Forgot To Photoshop The iPhone Box’s Shadow” #20. “I Guess She Thought No One Would Notice Her Editing If She Blurred Out Her Surroundings” #21. “No Filter” But Instagram Says Otherwise At The Top People Are Sharing Things That Give Them Anxiety, And We All Can Relate

Entitled Couple Wants Neighbors To Cook And Do Housework For Them Because They Are Expecting A Baby, Gets Slammed On Twitter