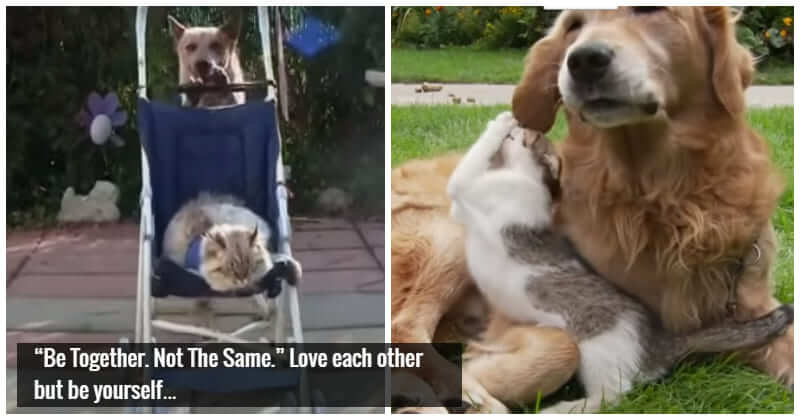 Android released an ad that has the whole Internet talking, especially animal lovers. The message is “Be Together. Not The Same.” Love each other but be yourself… the video says it all.

Actually, Google’s “Friends Furever” ad is not just one of the most watched ads of the year. It’s one of the most-watched ads of all time, taking the lead ahead of Activia’s World Cup “La La La” ad (6 million shares). On YouTube alone it has been watched over 29 million times.

Elderly Man Sends His Neighbor A Letter Of Thanks For Letting Him Babysit Their Pets, The Letter Is Tugging At Internet’s Heartstrings

This Butterfly-topped Caiman Looks Fabulous Like A Fairytale Character

Sweet Dog Spotted Nursing A Kitten She Saved In A Ravine