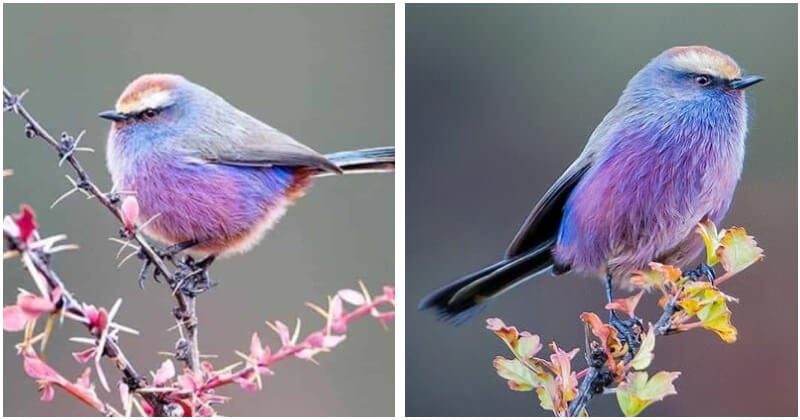 These images seem like a gift these days. There are millions of species in the world that we do not know yet. Every day it even seems that some that were believed extinct reappear. Nature will never stop surprising us.

An example of some species that we do not know, is this little called Carbonito de Sophie, a bird with an amazing multicolored plumage. It can only be seen in some boreal forests in Asia.

Its scientific name is Leptopoecile sophiae and it lives in China, India, Russia and the boreal forests. Its plumage is what is striking about this little one, as it seems that it has a blue coat with violet tones, a pink belly and a white or gray eyebrow.

The males of this species alone have the most striking colors. This bird weighs between 6 and 8 grams and measures no more than 10 cm.

They usually live in pairs only in the breeding season and after that they can be seen in flocks of up to 25 birds. Their diet is based on insects, spiders, berries, and seeds.

This species is not in danger of extinction due to its intelligence when building nests, which are not so easily seen due to their natural camouflage and there are no such large predators for this species.

Comedy Pet Photography Awards 2020 Has Introduced Top 30 Best Pet Pics, All Of Them Are Absolutely Hilarious!