It was love at first sight when Kiah Berkeley saw the 35-pound feline at the Humane Rescue Alliance’s shelter. The chubby cat, then named Symba, went viral last month for his huge body and formidable weight. His fame reached the Berkeley; thus, he found himself a new home and a new name, Vito. He now lives with Berkeley and her new husband, Peter Sorkin, and their two rescue cats, Motzie and Two Patch.

According to Berkeley, Vito took a while to settle into his new place, but he embraced his new home and enjoyed his new life eventually. However, things were still not perfect, the two other furry friends were not so friendly with Vito. “He’s really wanting to be friends with our other two cats, but it’s been pretty slow-going,” Berkeley said. “There was a lot of hissing when he first moved in – by the other cats, not by him.”

The couple tried to make up for Vito when they got married earlier this month. They first considered using him as the ring bearer, but Vito would not like it, then a wonderful idea popped up. Kriti Odom, the couple’s photographer, wanted to do a complimentary session in their house with Vito. “We actually did those photos a few days after our wedding. We just put our wedding clothes back on, and she and her photography partner Darren came over, and we had some beers, and took some pictures with the cat,” Berkeley said. Although not “super thrilled”, Vito did not let his owners down in the photo session.

“I personally have always liked fat cats, and he seemed like a pretty sweet and easygoing kind of guy.” 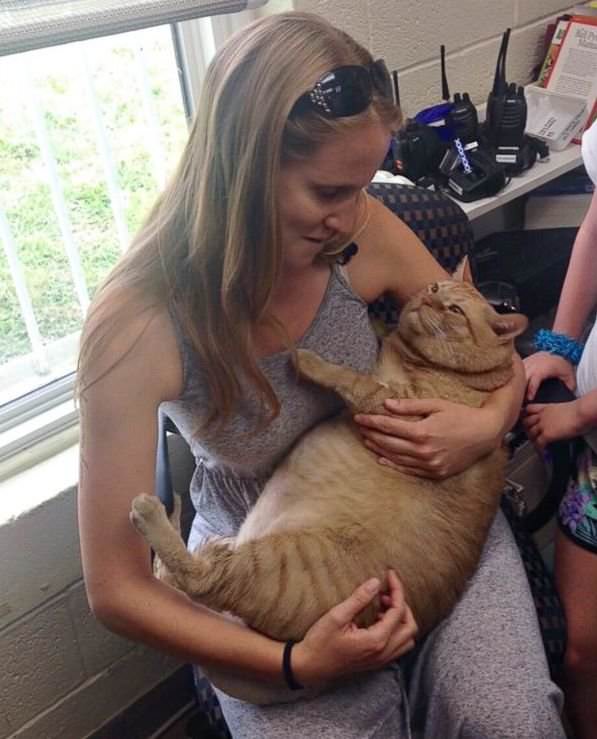 “When he first arrived, he was still grieving for the loss of his old owner and his old life, which we know nothing about,” Berkeley said. “He’d kind of curl up, wedged between the bed and the wall with his back to us. He was smelly, and he just wasn’t well.” 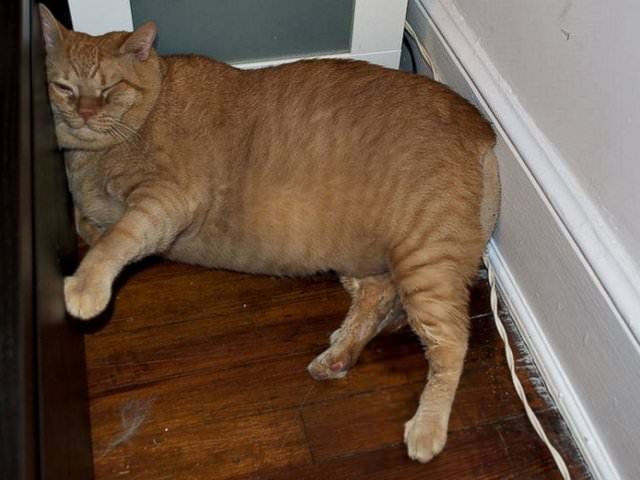 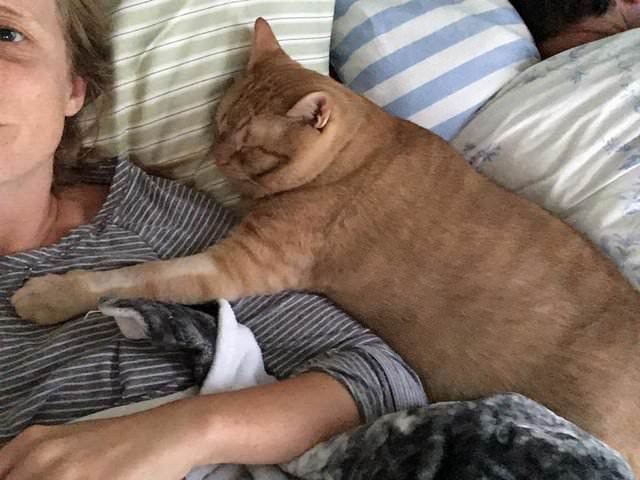 “He’s really wanting to be friends with our other two cats, but it’s been pretty slow-going,” Berkeley said. “There was a lot of hissing when he first moved in – by the other cats, not by him.” 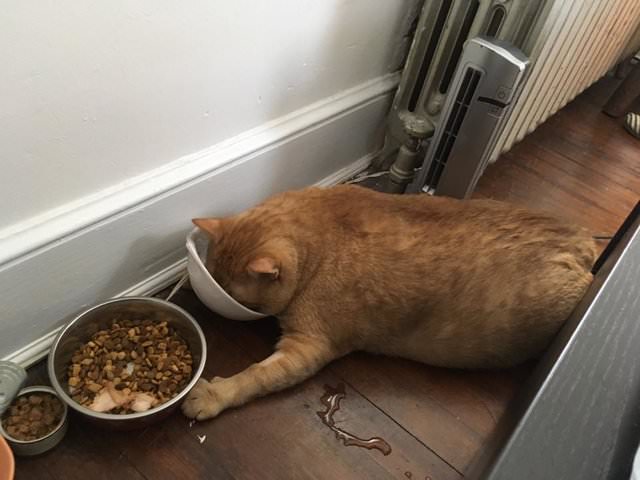 The newlywed couple and their adorable moments with Vito. 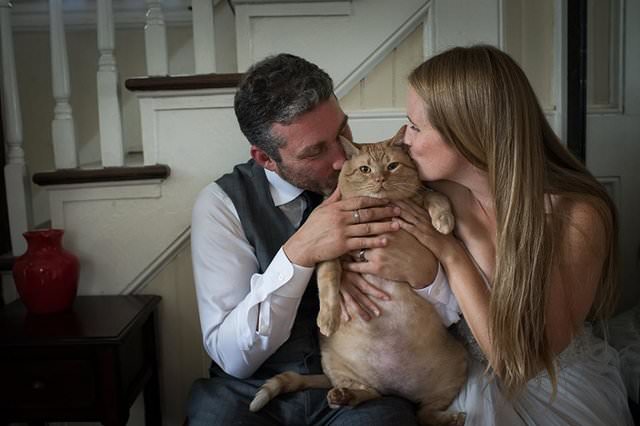 Vito wasn’t so eager for the photo session, but he tolerated it. 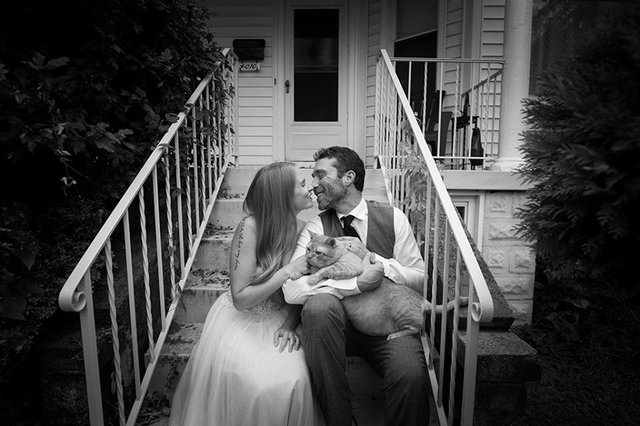 “Now he sleeps sandwiched between us every night.” 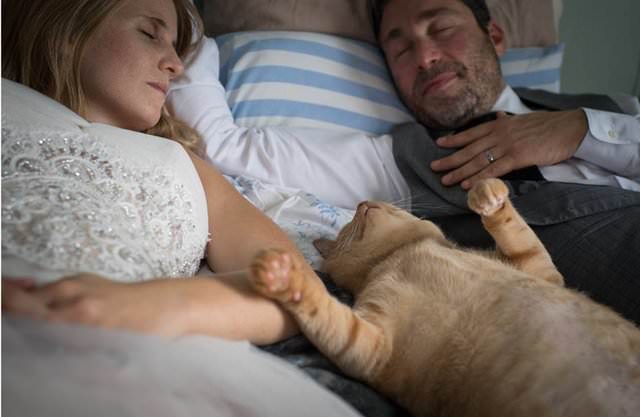 “That’s actually how he tends to sleep at night – right on his back.” 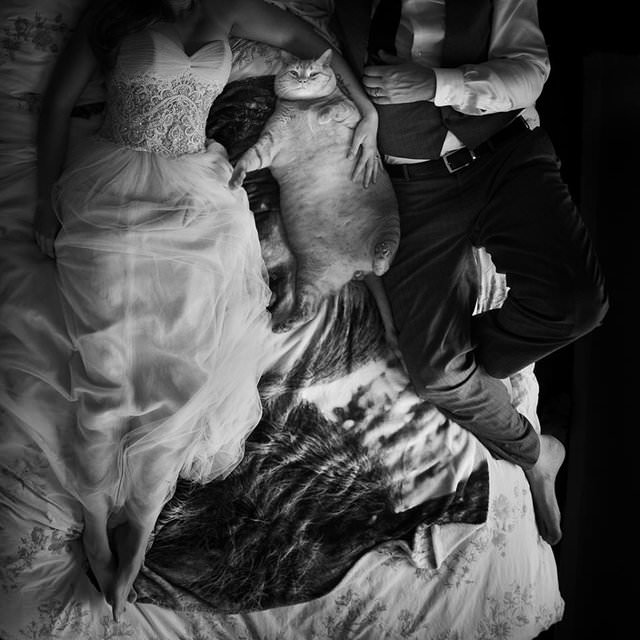 “The Uncle Sam hat was his final straw.” 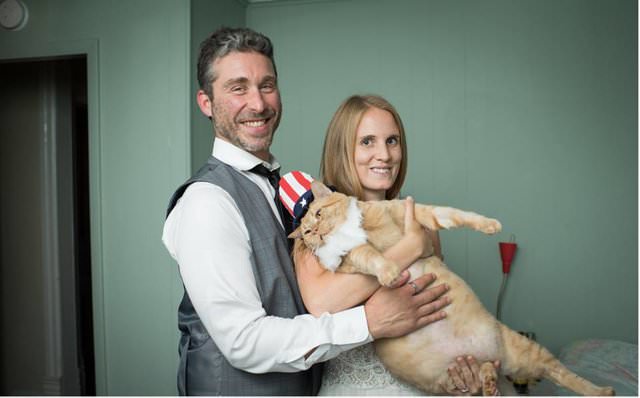 The couple cherish the photos with Vito – but they love their life with Vito even more. 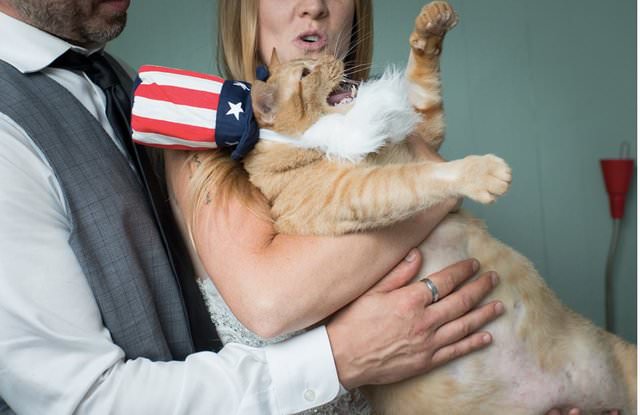 Berkeley and Sorkin still have no idea how he got so big, because he is not a big eater. 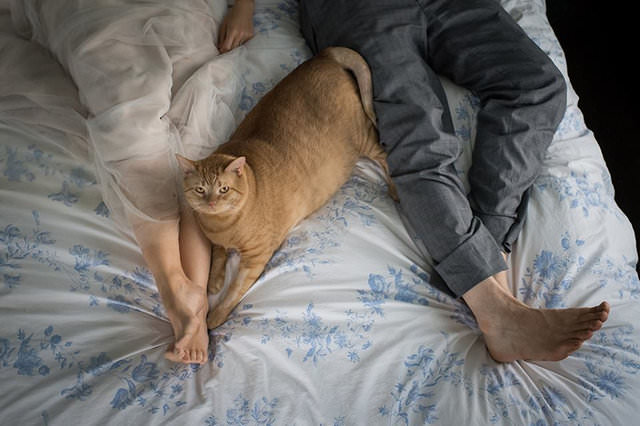