At times you will have some problems with your car such as flat tires, warning lights, dead battery, alternator failure, overheating, and so on. And you may think they are the worst things that can happen to your car. But if you see this post, you will realize that those problems are just nothing compared to the ones that these people got while driving.

The members of the r/Wellthatsucks/ subreddit are sharing their worst car-related problems and some of them are just “crazy” enough to amaze you, somehow in a hilarious way. Everything can easily go wrong without your anticipation. Although people here got in trouble with their cars, they luckily were all safe to share with us these unfortunate but funny pictures. Let’s check! 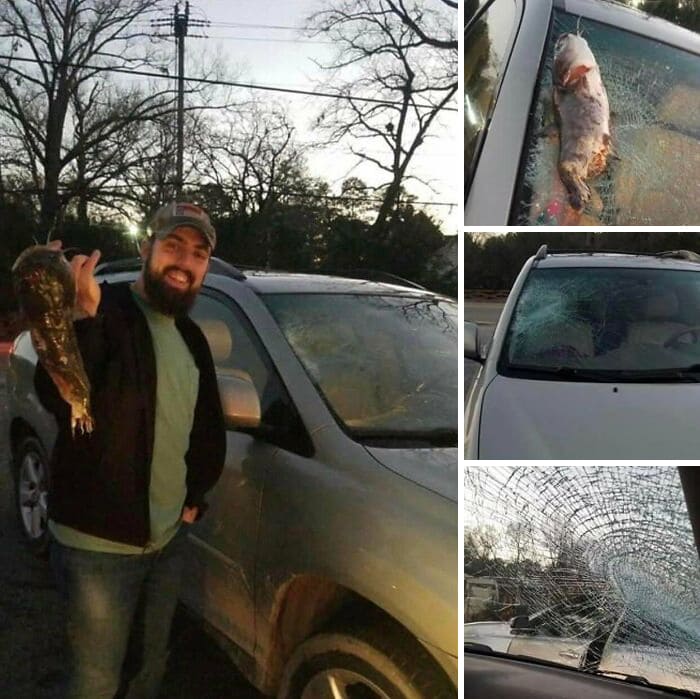 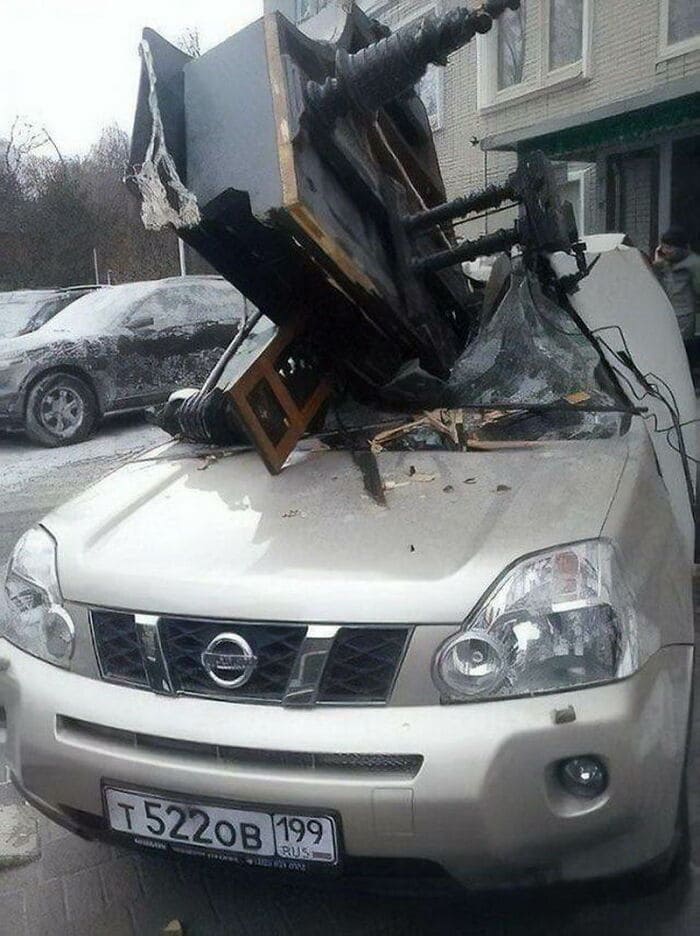 #3. “My Wheels Fell Off While Driving” 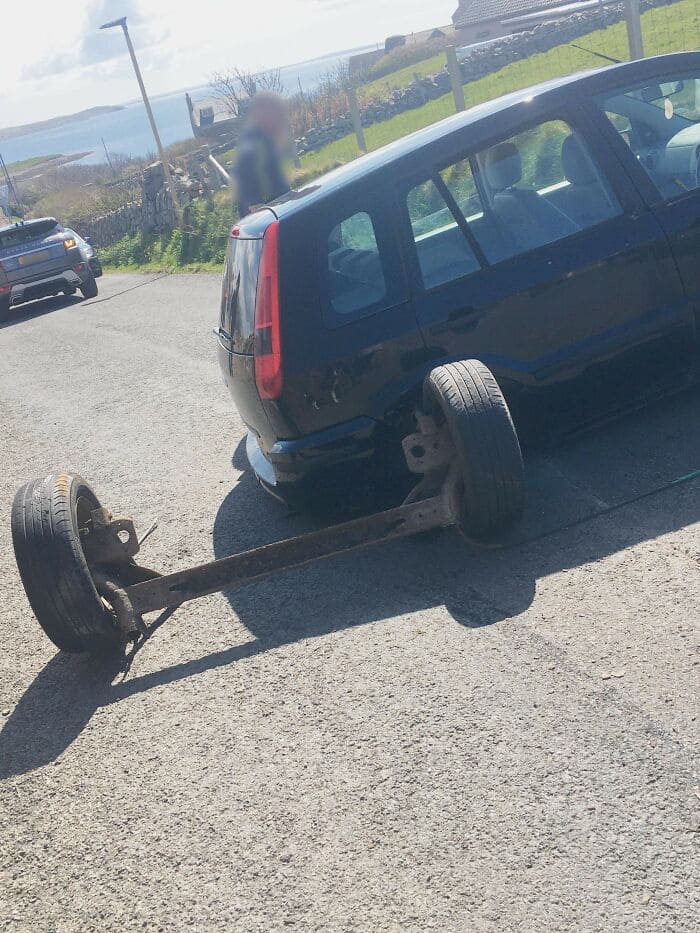 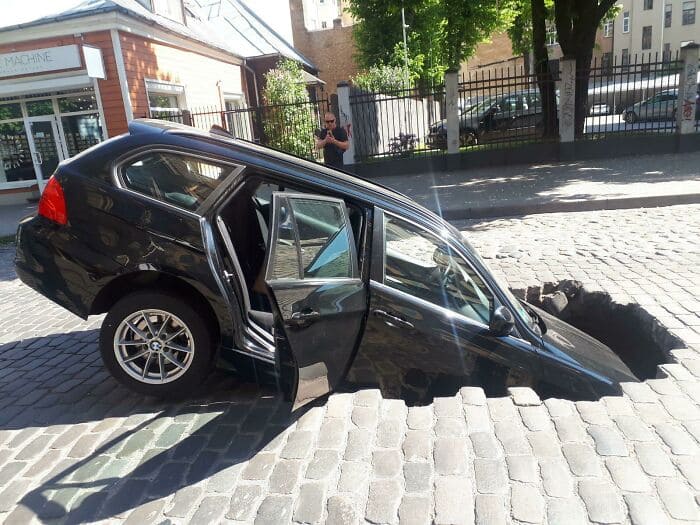 #5. “Garbage Truck Caught Fire Then Exploded In My Driveway. 2 Of Our Cars Damaged, 1 Totally. The Siding On Our House Melted Off, But Everyone Is Safe” 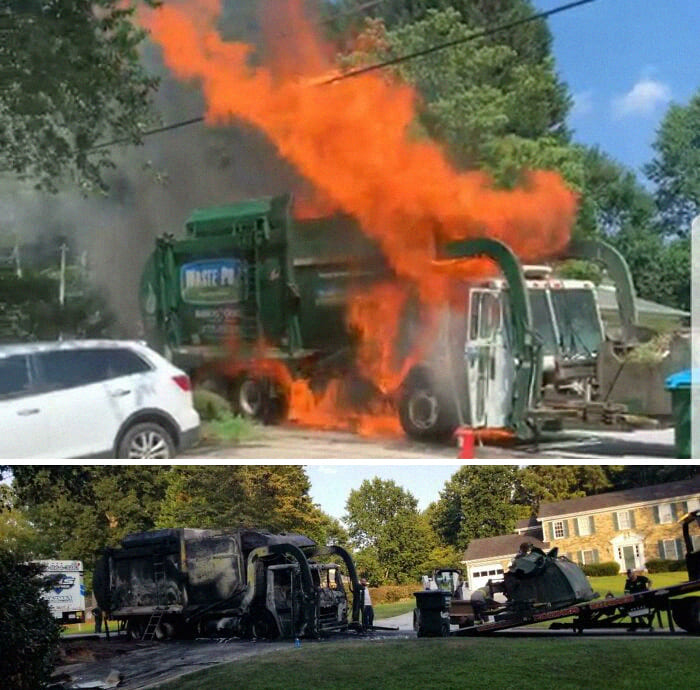 #6. “Mclaren Inside A Dealership Gets Hit By A Loose Truck Wheel” 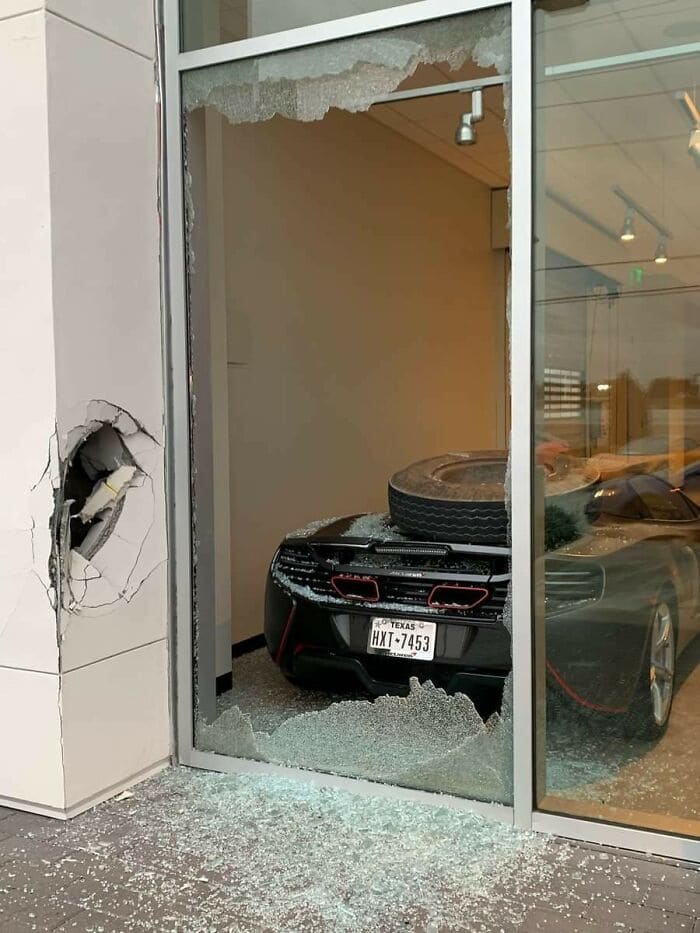 #7. “When You Try To Open Your Eyes In The Morning, But The Sand Is Holding Them Together” 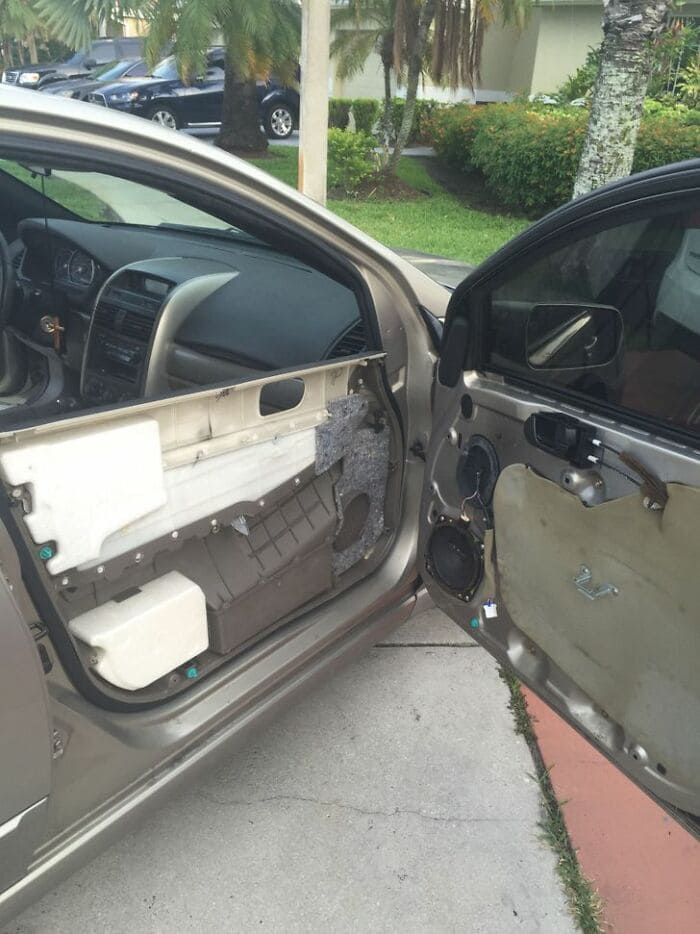 #8. “My Dad’s Old Truck Got Hit By A Truck Carrying Old Rotten Potato Slurry To A Feed Lot For Cows. His Passenger Window Was Down” 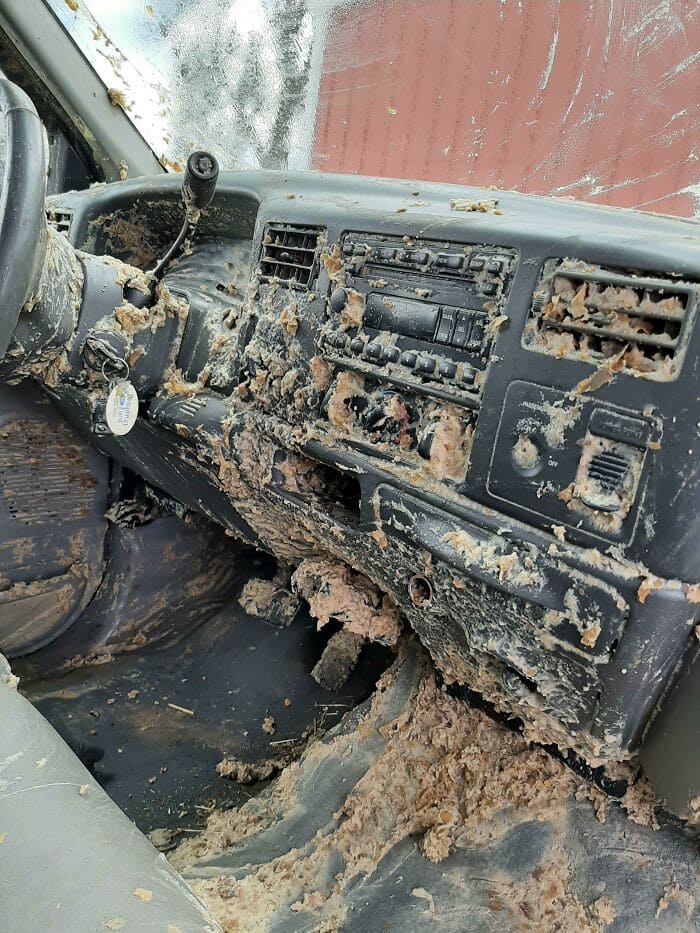 #9. “Someone Appears To Have Lost Their Focus…” 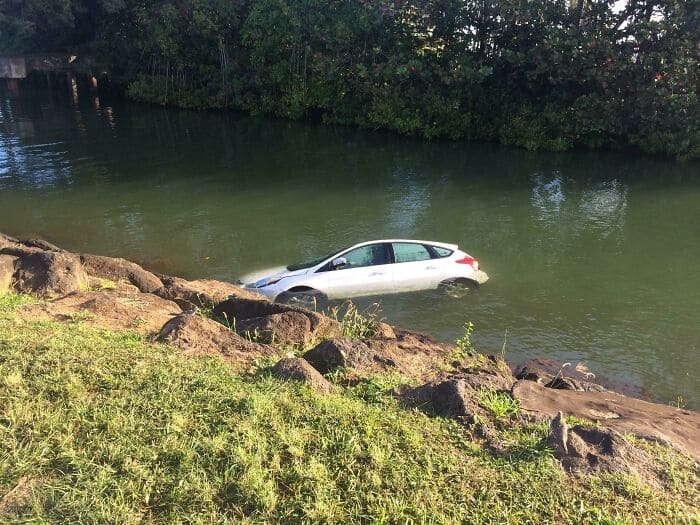 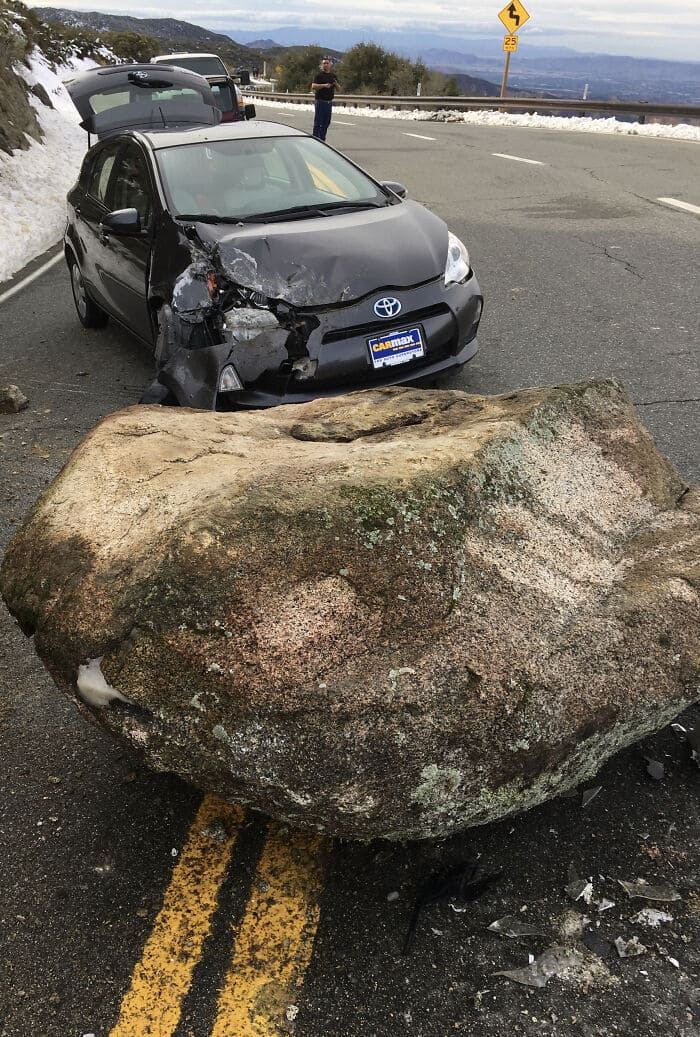 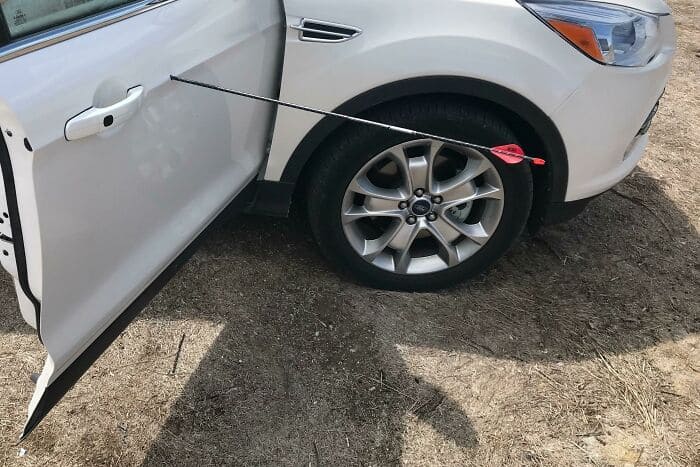 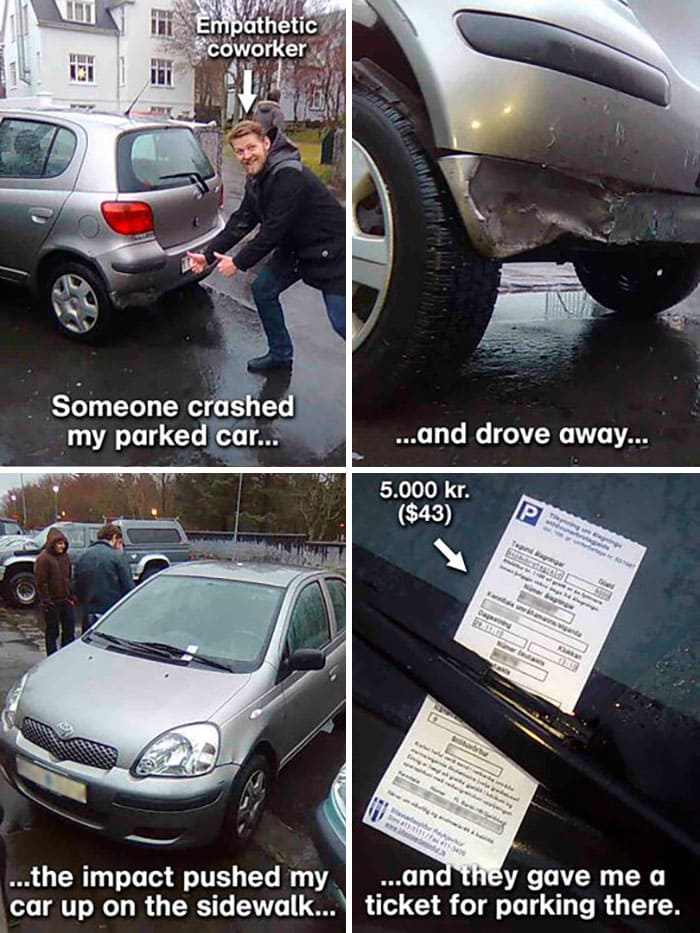 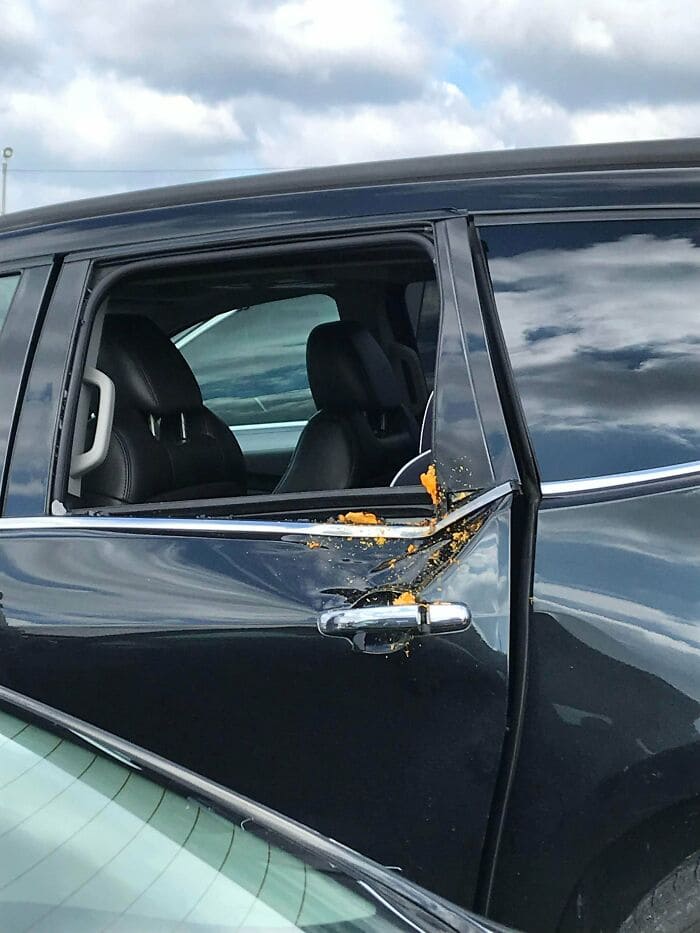 #14. “Picked My Car Up From The Mechanic Yesterday After Having A Bunch Of Things Replaced Totalling $2100 Just To Have Burst Into Flames On Me This Morning. I’m Too Poor For This S***!” 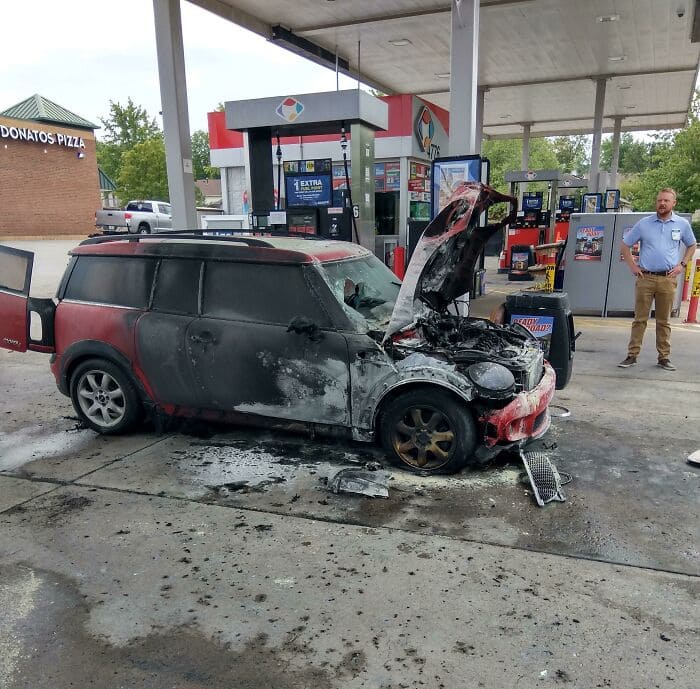 #15. “I Never Thought Lighting Could Strike A Car” 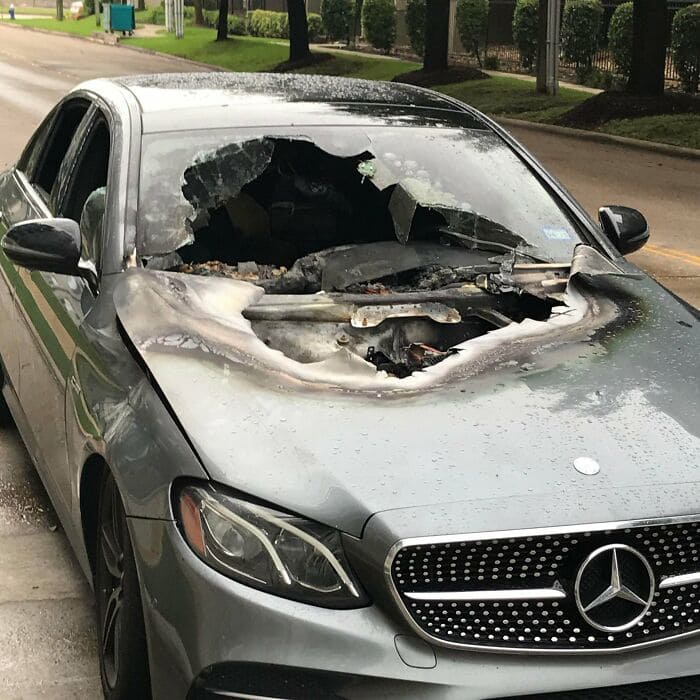 #16. “A Truck Carrying A Tank Of White Paint Dropped It On The Road” 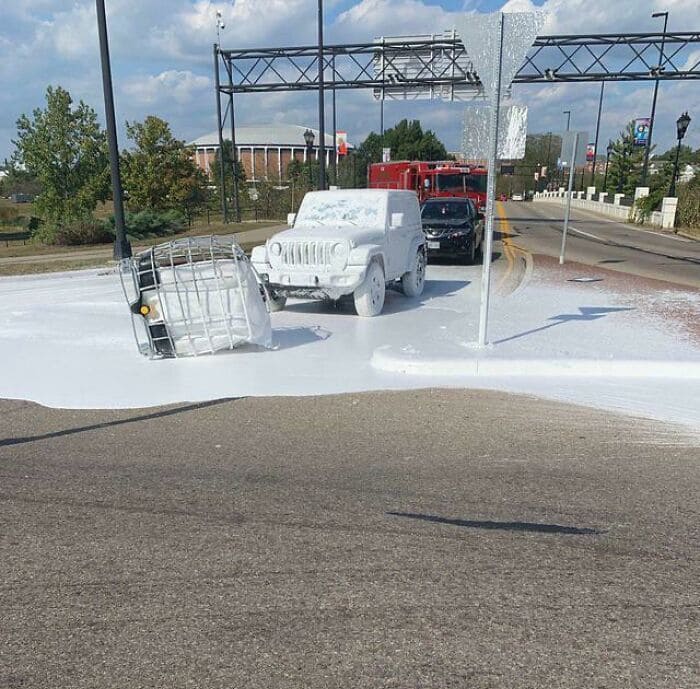 #17. “It’s Not Just Junk Flying Out Of Your Truck. It Could Be Someone’s Life. Secure Your Load – As If Someone You Love Is Driving Behind You” 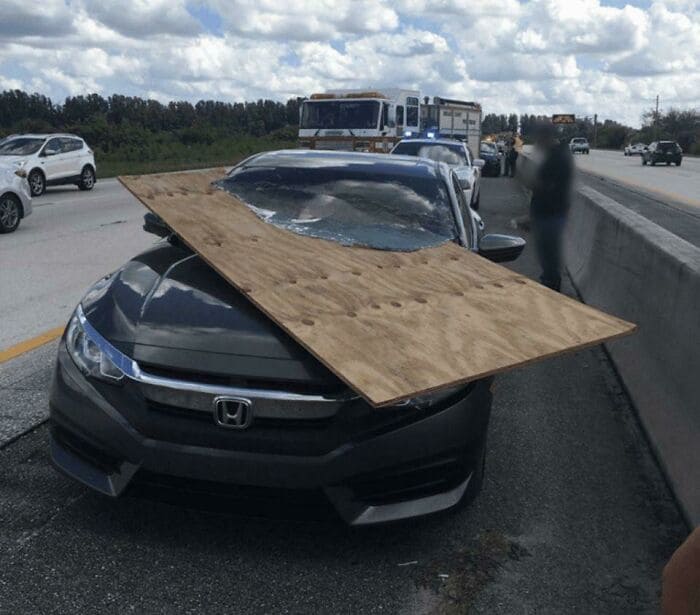 #18. “These Guys Locked Their Keys In An Armoured Truck” 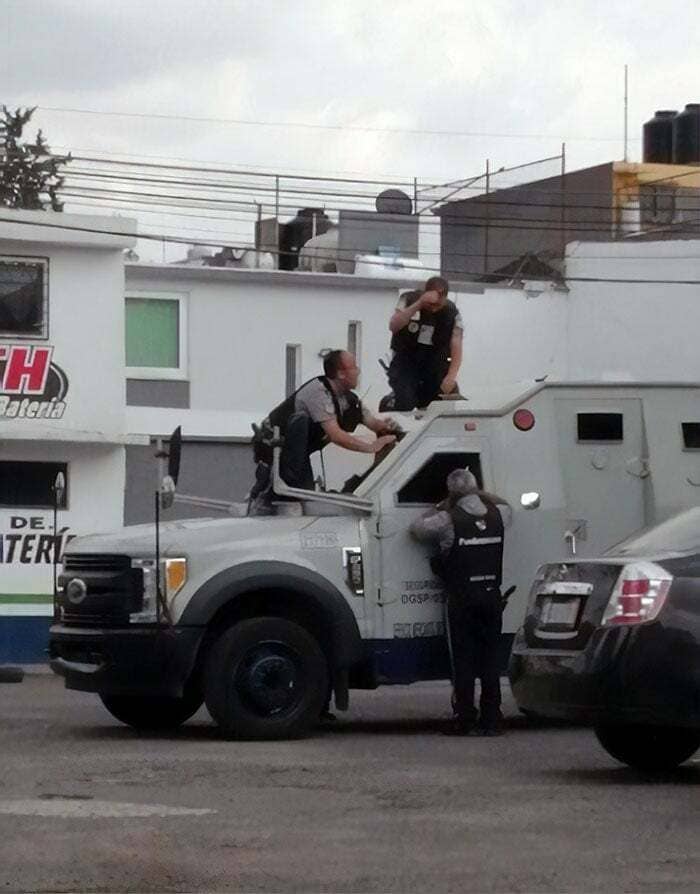 #19. “Newly Wedded In Front Of Their Burning Car” 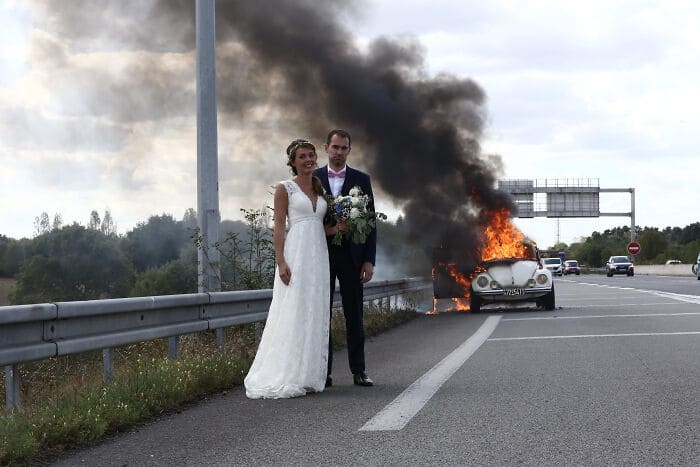 #20. “Getting A Speeding Ticket On Your Car As It’s Being Towed” 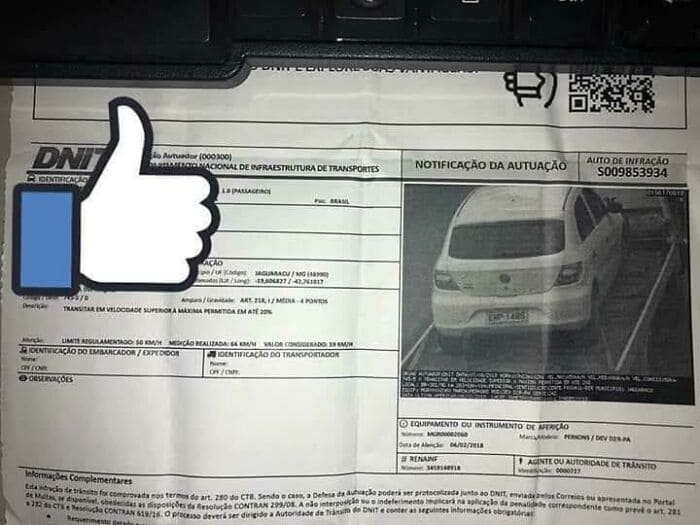