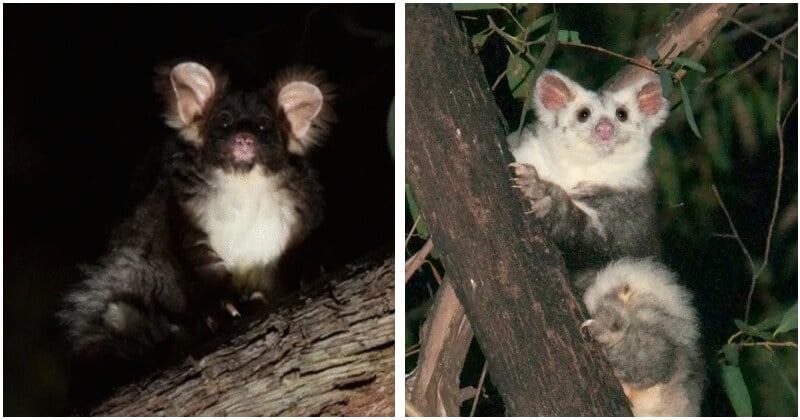 As one of the most biodiverse countries in the world, Australia is home to thousands of animals including some really distinctive ones that are famous and loved worldwide like the kangaroo or the koala. And recently, Australian scientists from The Australian National University, James Cook University, the University of Canberra, and CSIRO have discovered two other marsupial species right in this continent, making its biodiversity a lot richer than it already is.

The adorable additions are two greater glider species that often glide from tree to tree in the forests along the Great Dividing Range, a cordillera system in eastern Australia. Even though the greater glider is no stranger to any animal lover, it wasn’t until the new genetic research was published that this species was officially recognized as three different ones: the Petauroides minor, the Petauroides volans, and the Petauroides armillatus. The greater gliders are primarily nocturnal and only dine on eucalyptus leaves like the koala. Scientists have long been inclined to think that these possum-sized marsupials might be several species because of the differences in their size, color and physiology, and thankfully a genetic analysis has helped confirm their theory.

“There has been speculation for a while that there was more than one species of greater glider but now we have proof from the DNA. It changes the whole way we think about them,” said Denise McGregor – a PhD student at James Cook University and a co-author of the study. In the context of biodiversity reduction due to habitat loss, invasive species, overexploitation, pollution and climate change, this is truly exciting news to celebrate. However, the increase in numbers also significantly extends the pressure to protect these species, since they are now listed as “vulnerable” under the IUCN’s Red List.

“A lack of knowledge about the genetic structure of species across their range can result in an inability to properly manage and protect species from extinction. This is especially true in the wake of a natural disaster, when wildlife management decisions need to be made quickly and under challenging circumstances,” the study said.

If you love Mother Nature, please share this thrilling news with your friends and family!

Kitten Sneaks In Through Open Window, Decides To Adopt The Man Who Lives There