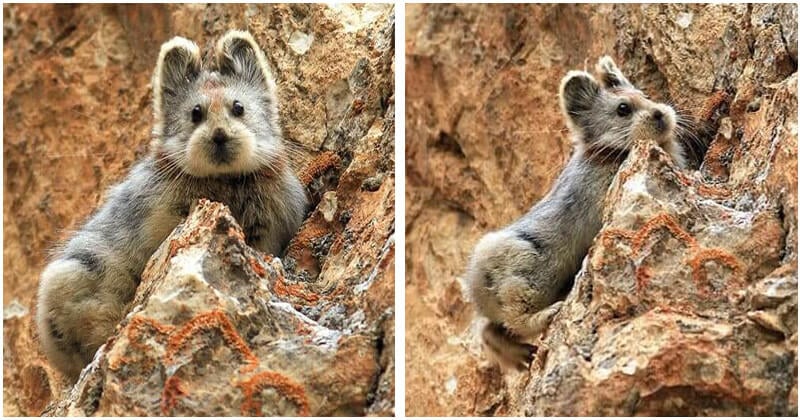 This extremely cute creature is called an Ili pika and has been spotted for the first time in 20 years. This is also one of the rarest and most endangered mammals in the world. Due to the rarity of the species, scientists know very little about it. These adorable “teddy bears” are distant relatives of rabbits, which explains the long ears that leave you wondering just what kind of species you’re seeing. Ili Pika was first discovered in 1983 in the Tianshan Mountain range located in northwestern China. And after two decades, a conservationist named Li Weidong discovered and captured the shy creature on camera. Unfortunately, according to Mr. Li Weidong, the species number declined by almost 70% since the early ’80s, with less than 1,000 individuals left in the wild. He and his volunteers lovingly refer to the gorgeous species as the “Magic Rabbit.” They suspect that its populations may be declining due to global warming.

Li Weidong told CNN, “I discovered the species, and I watched as it became endangered. If it becomes extinct in front of me, I’ll feel so guilty.” When seeing no one is willing to help these adorable little creatures, Li decided to do something to help them. In 2014, he organized a team of 20 volunteers in his attempt to track down the cute animal in order to establish its numbers and help conserve this endangered species. Please share this post with your friends and family to spread the word and take steps to help protect endangered animals!

40-Ton Humpback Whale Spotted Breaching Completely Out Of The Water Off The Coast Of Mbotyi, Indian Ocean