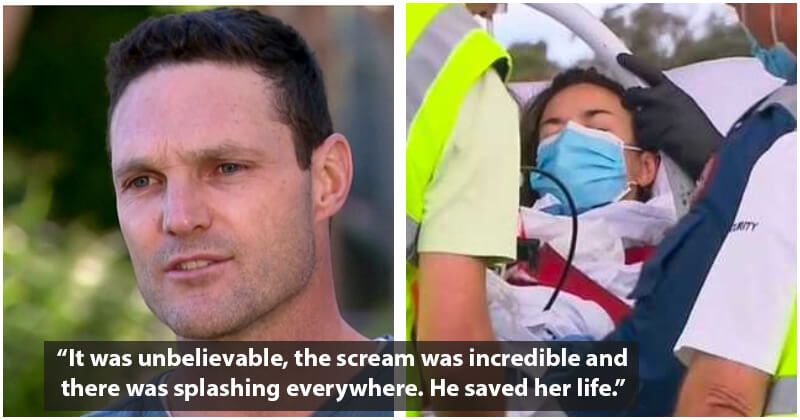 Chantelle Doyle, 35, and her husband Mark Rapley were out surfing on Shelly Beach at Port Macquarie, New South Wales, when the attack took place at 9:30 (15 August). The heroic husband immediately took matters into his own fists. He leaped from his surfboard onto the shark, repeatedly punched it until it released its grip, and then took his wife to the shore.

His wife was then airlifted to hospital with serious injuries to her right leg. According to the MailOnline, the predator was between 6 and 10 feet. It threw Doyle off her surfboard. She tried to climb back up while the shark grabbed her right calf and the back of her thigh. Mr. Rapley is said to have repeatedly punched the shark until it released his wife’s leg. He even jumped on its back to fight off the animal. After the shark let go of her leg, he immediately helped her out of the water and up to the beach. Mr. Lobb explained how Chantelle had a tourniquet applied in a bid to stop the bleeding, adding: “Chantelle kept saying, ‘I’m okay’. She was so calm and relaxed. But then her leg started to get numb.”

Another witness Jed Toohey told The Daily Telegraph: “It was unbelievable, the scream was incredible and there was splashing everywhere. He saved her life… it would have been strong enough to take her out to sea. He was really incredible.”

Please share this amazing story with your loved ones!

Kangaroo Spotted On Roof Was Reported To The Fire Department, But They Thought It Was A Joke