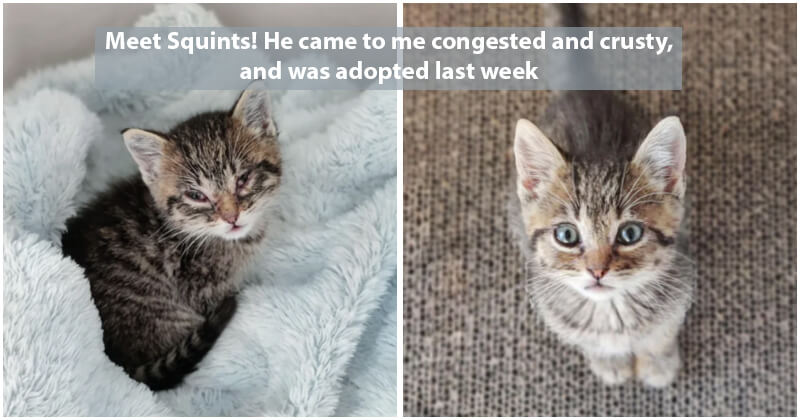 The sad reality of life is that there are millions of animals being born or abandoned on the streets, and unfortunately not many of them could survive. Here’s how you could help change that: rescue and adopt. Like they always say, saving one animal won’t change the world, but it will change the world for that one animal. By saving one dog or one cat in need, you have partly made our world a much better world to live in.

r/BeforeNAfterAdoption is a subReddit where people share their moving photos of their beloved furry friends before and after adoption, and their heartfelt confessions are truly something that can touch the hearts of even the coldest ones. In this post, we would like to share with you some remarkable stories that have helped us believe in humanity once again. Whether you are an animal lover or not, they will definitely warm up your heart and soothe your soul.

#1. “Our little rescue, less than 6 months after being saved.” #2. “Henry before and after foster. He was a death row kitty in Paris, Texas. Tomorrow he goes to an amazing family in New Hampshire. More info in the comments.” #3. “His first week at home, alert while eating and completely relaxed a year later.” #4. “So proud of how far my sweet Appa has come in the short two months I have had him. The first picture is today. The second picture is the day I got him.” #6. “It’s my dog’s birthday! 2 years ago today was the day I found him (or he found me). In the first pic he was underweight, covered and ticks and fleas, and had internal parasites. Next pics are of him yesterday on our walk! 💕 His name is Meeko!” #8. “Miko was found in pain limping with a shattered leg in Guam, now she is healed and excited to meet her new family!” #10. “Kira was founded almost dead of starvation in a farm with cows. She was healthy in one week and we kept her.” #16. “They had him, alone, in the back of a dark barn with horses. He was very dirty, scared of people and his back legs kept collapsing[…] Three months later he is super happy, and has gained 15 pounds!” #17. “From scared and sick to loved and thicc (pics taken on adoption day and 6 months later)” #18. “Odie boy right after being found stray in Huston and after coming to his forever home in the pacific northwest.” #19. “Fallon, from being abandoned by her stray mom and waking up from a coma to now a year old.” #20. “She was found starving in the wild in Alabama and immediately sent up to Pennsylvania on the SPCA rescue flights due to the extreme cold hitting the south. We got her 2 days after she arrived because my southern wife couldn’t pass on rescuing a southern dog.” #22. “Meet Squints! He came to me congested and crusty, and was adopted last week.” #23. “Aloy after 2 years with my partner and I. Her parents were left to die after their owners moved out of their house and locked them in the backyard. Sadly, the rescuers weren’t able to save her dad, but thankfully saved her mom, pregnant and very sick.” People Call These Beautiful Dad And Son Pics Inappropriate, Get Shut Down With Perfect Response

How It Would Go If Cats Could Talk…Too Funny!