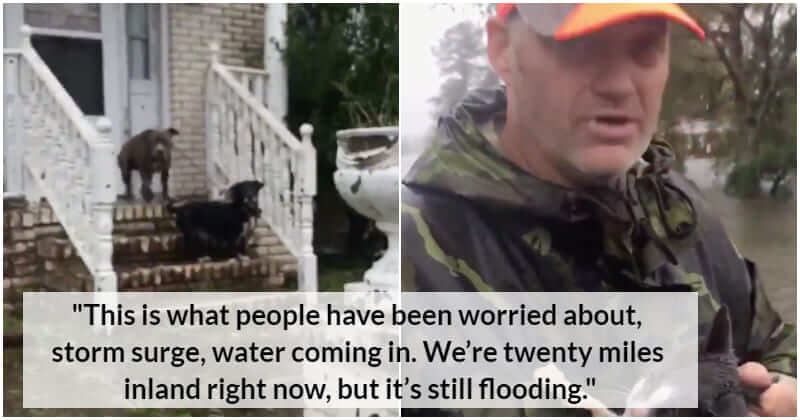 Although Hurricane Florence has been downgraded to a Category 1 storm, it still has the potential to leave a wake of destruction in its path. Among thousands of displaced residents are an unknown number of four-legged, furry refugees. Amidst the tragedy, there are already stories of rescues coming in.

A local Jacksonville, North Carolina Reporter, Adriana Diaz, caught up with a Pastor who was able to rescue several kittens and dogs. Animals in the ravaged floods left by Hurricane Florence was rescued.

Scroll down to see the heart-warming photos and video of Pastor rescued pets and finding a way to escape from Hurricane. “This is what people have been worried about, storm surge, water coming in. Being pushed in from the Atlantic. We’re twenty miles inland right now, but it’s still flooding.” 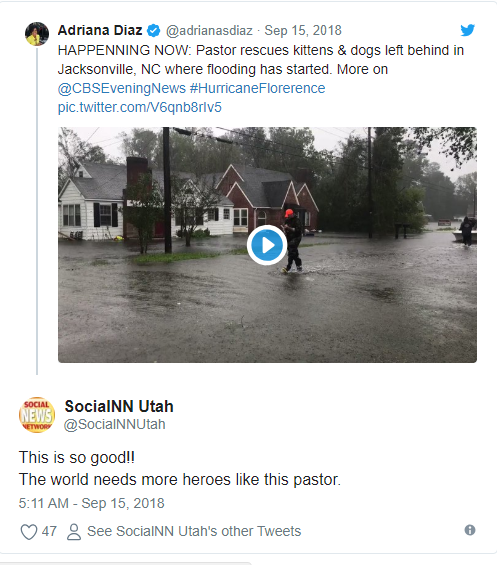 People are thankful for the pastor helping, but mystified that people could just leave their animals out! Some of the dogs that were rescued Please keep these people in your prayers.

Husband Lies To His Wife About The Death Of Her Crested Gecko, And Reddit Says It’s Terrible