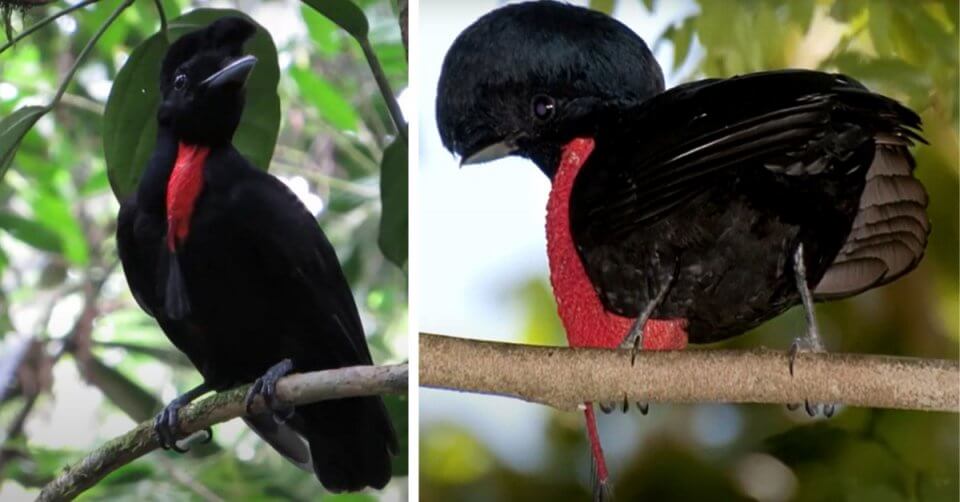 SPORTING A FUNKY HAIRDO AND WEARING AN INFLATABLE GOATEE, THIS BIRD PUTS ON A SHOW LIKE NO OTHER! 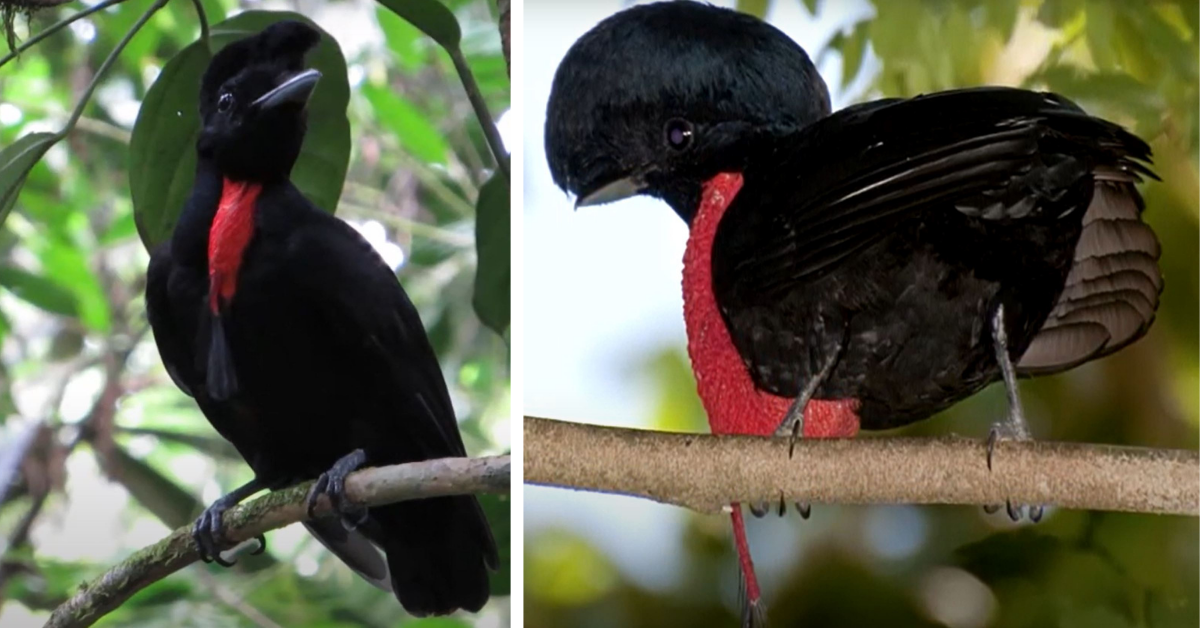 A bird sporting one of the world’s more unusual plumages is found in the tiny country of Costa Rica. The truth is this bird looks like no other bird in its habitat. The male sports an inflatable bright red throat sac, that is quite visible, even when it’s not inflated. 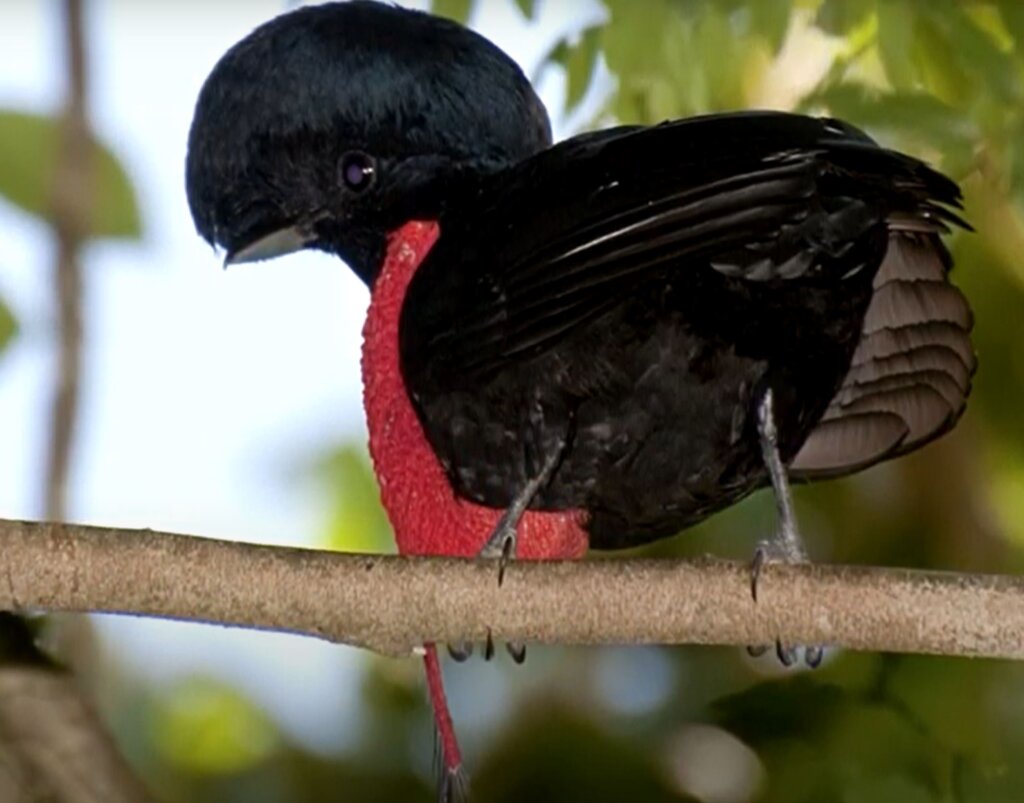 The Bare-necked Umbrellabird makes for an intriguing sight, to say the least. Both the male and the female share a large stock body, with a prominent bill, short tail, and large wings. Both also have a small head which is exaggerated in size by the large feathered crest. The male’s crest is larger than the females, with long floofy feathers reaching down over his face almost to the end of his beak. 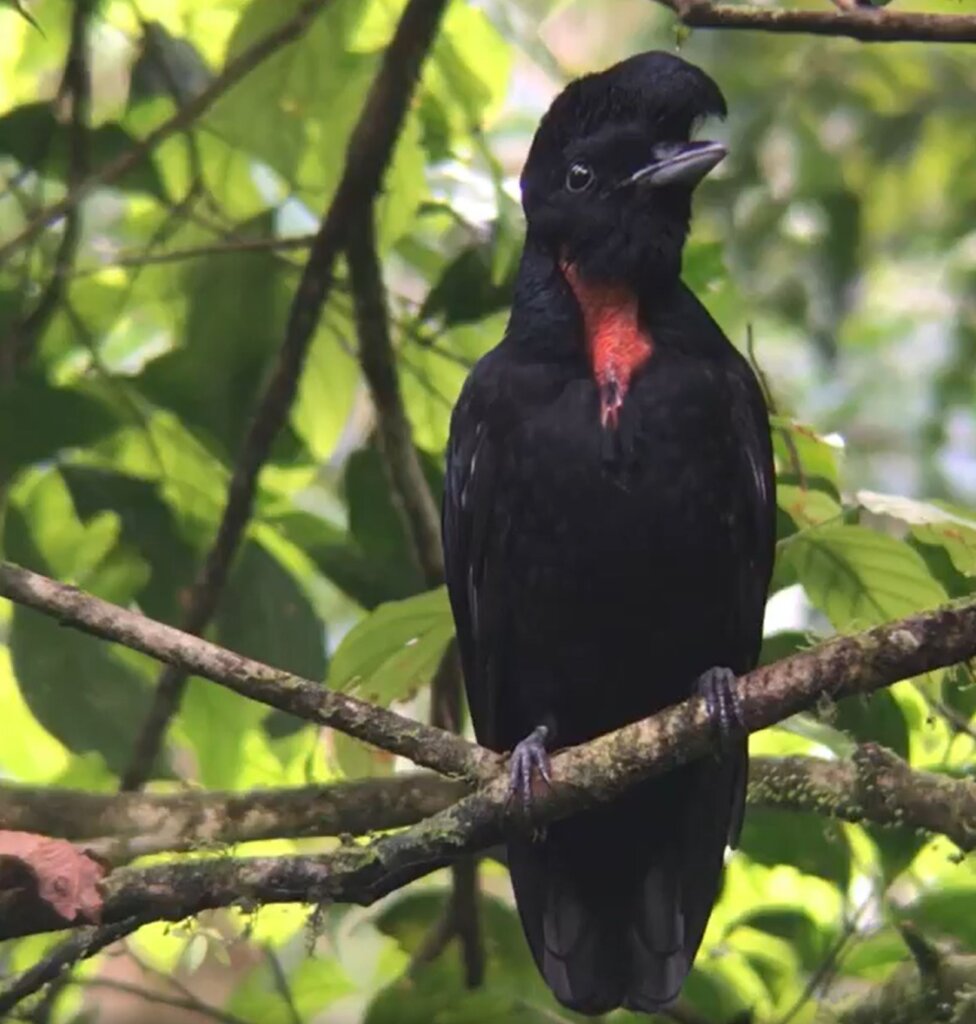 While the male’s crest is prominent, the female’s is somewhat shorter, making her head look flatter. The male also has bluish back feathers, which the female does not.

He also sports that bright red throat sac, which he inflates for display and to attract females during the breeding season. 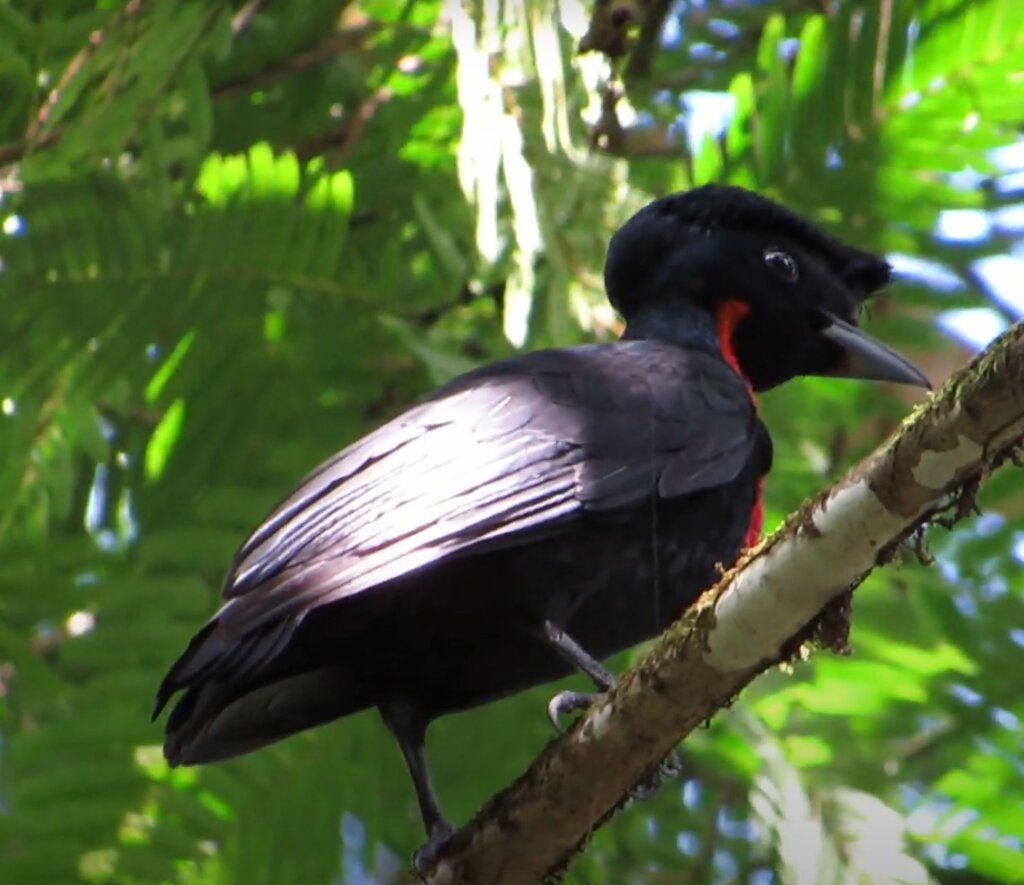 Screenshot via YouTube/Organization for Tropical Studies

These birds live in the Talamanca montane forests of Costa Rica and in western Panama. Females living mostly below 200 m, while males live between 100 m to 500 m. They do migrate higher to breed to around 800 m and 2000 m. 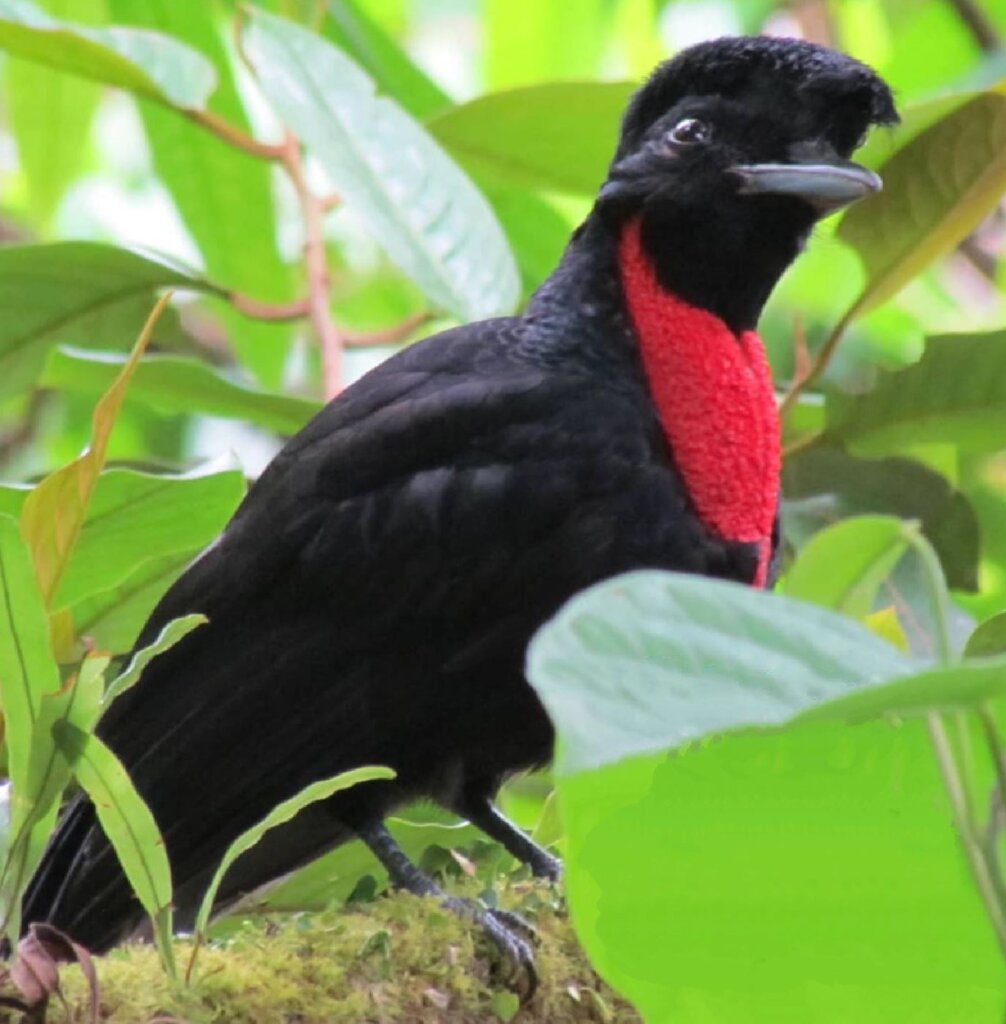 During the breeding season, the male inflates his throat sac, leans forward, and releases a loud HOOM, that sounds like something akin to the sound of a bull. He then leans back and finishes with singing some raspier sounding notes. 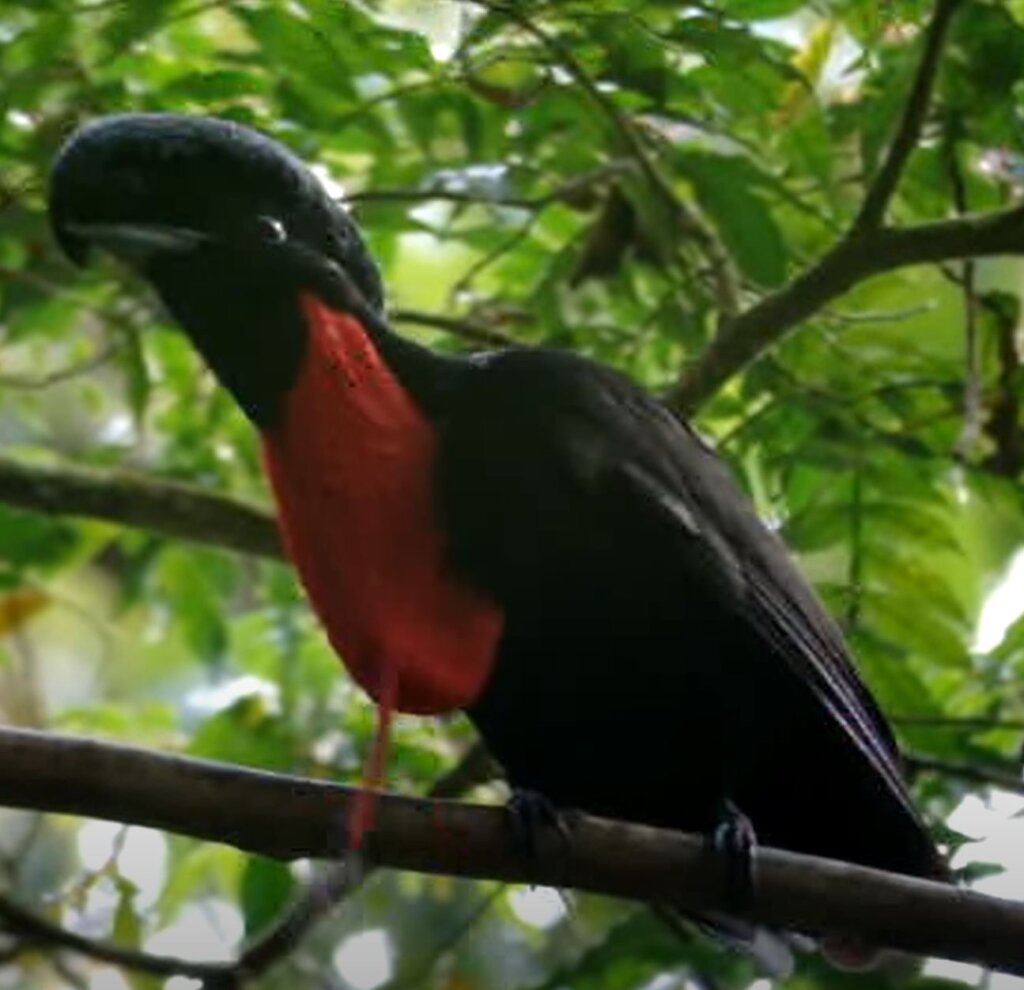 Bare-necked umbrellabirds feed primarily on fruit, but will also eat cockroaches, grasshoppers, and katydids. It is also thought they may also eat frogs and small lizards. 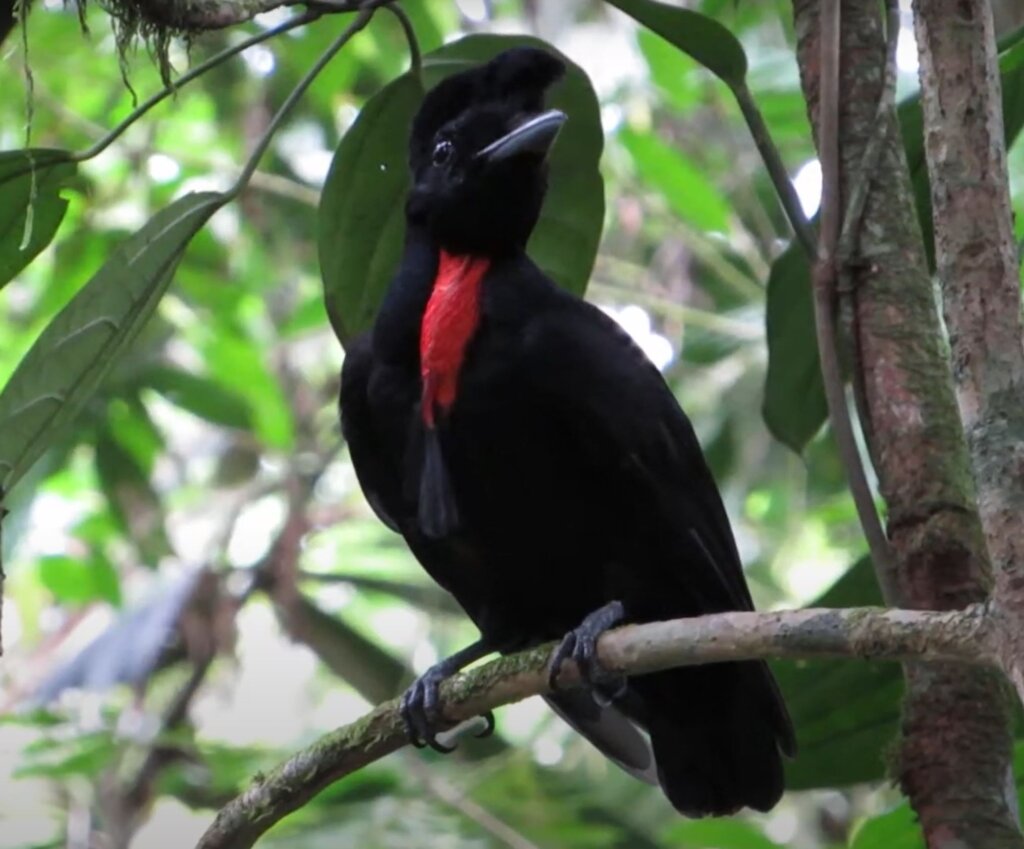 Screenshot via YouTube/Organization for Tropical Studies

Unfortunately, due to habitat loss, this bird is currently considered threatened.

WATCH A VIDEO OF THIS INTERESTING BIRD RIGHT HERE BELOW:

All I Care About Are Cats With Curled-Up Paws, So Here’s A Bunch Of Them